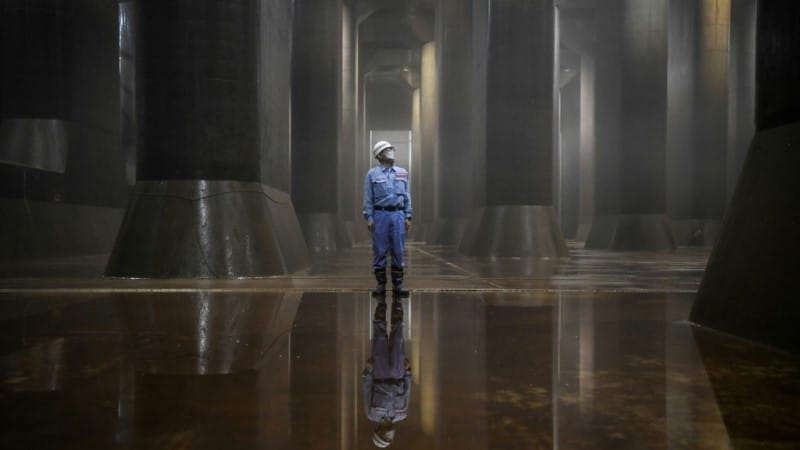 It has been called Japan’s underground “Parthenon”, a cavernous complex charged with protecting Tokyo and surrounding areas from catastrophic flooding — a risk experts warn is growing as climate change advances.

Above ground, there is little to give away the cathedral-like feat of engineering that forms the main reservoir of the Kasukabe flood tank, the largest facility of its kind in the world.

The immense structure — deep enough in some parts to hold the Statue of Liberty — funnels away and redirects excess water from storms and typhoons, protecting one of the globe’s most populous capitals. 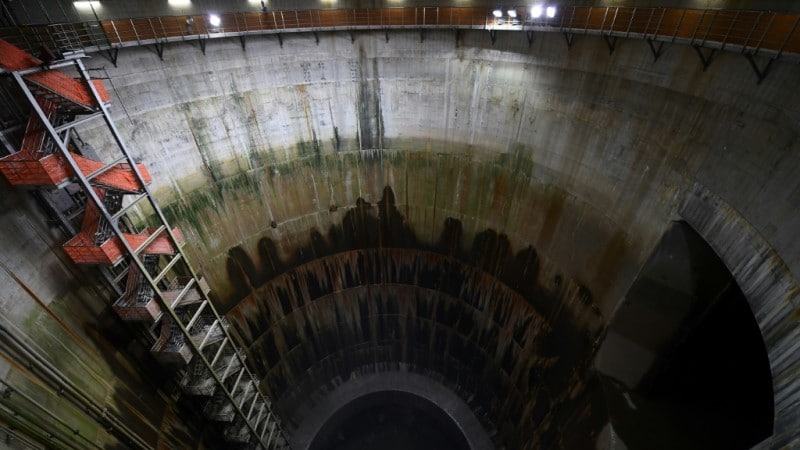 In Tokyo alone — a city cut through by more than 100 rivers — there are more than ten underground reservoirs and three flood tunnels, and more flood-protection structures are being built

Staff at the facility in Saitama, north of Tokyo, are on constant alert, especially during Japan’s rainy and typhoon seasons from June to late October.

“In this area, torrential rain, typhoons and even daily rainfall can cause damage by submerging houses and roads,” the site’s chief, Nobuyuki Akiyama, told AFP.

The reservoir has helped reduce the number of homes affected by water damage in nearby areas by around 90 percent, he said.

In Tokyo alone — a city cut through by more than 100 rivers — there are 10 other underground reservoirs and three flood tunnels, and more flood-protection structures are being built.

And in western Japan’s Osaka, a flood facility similar to the Kasukabe reservoir is being built at a cost of 366 billion yen ($3.5 billion). Construction is scheduled to finish in 2044.

But experts warn more may be needed, as global warming makes what were previously once-a-century storms increasingly common, and catastrophic.

“Japan… has a climate in which floods and heavy rain tend to occur frequently,” says Kei Yoshimura, professor of meteorology at the University of Tokyo and expert on river flooding.

“But on top of that, now global warming is advancing,” Yoshimura told AFP.

In recent years, the rainy and typhoon seasons have brought regular destruction.

Massive flooding and landslides killed more than 80 people in west Japan this July, and a typhoon last year killed nearly one hundred people in the country’s east.

Japan‘s Meteorological Agency says the number of typhoons a year that threaten Tokyo has jumped 1.5 times in the last four decades.

The Kasukabe reservoir is connected to a 6.3-kilometre (four-mile) tunnel and the system can release accumulated water into the nearby Edogawa river at a rate equivalent to discharging a 25-meter (83-foot) swimming pool every second, with the power of a jumbo-jet engine. 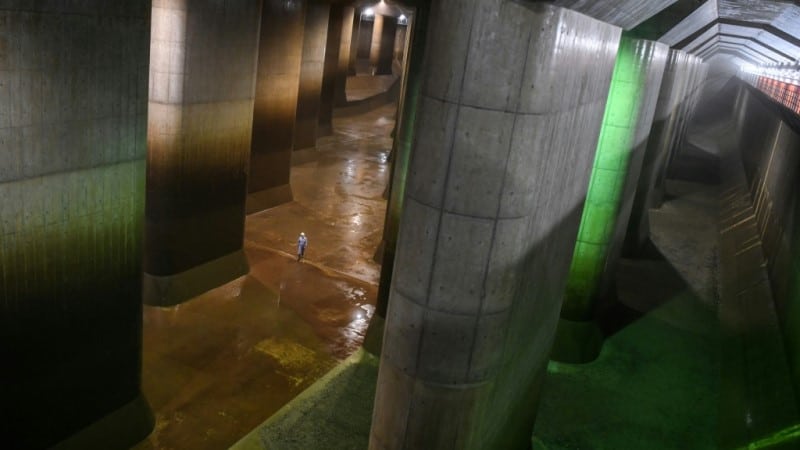 Excess water flows in automatically, and operators pump it out from the main tank when it approaches capacity, Akiyama said.

This year it had already been used seven times by September, with water discharged twice after an unusually long rainy season, he added.

But experts including Yoshimura say that infrastructure alone isn’t enough, especially with advancing climate change, and Japanese authorities have stepped up efforts in recent years to remind citizens to evacuate homes early when requested.

The Kasukabe system accepts visitors when it isn’t in use, in part to promote the importance of disaster management.

“This underground facility is great but it’s only one defence measure,” Toru Tamai, a 79-year-old pensioner who attended a recent tour, told AFP.

“I live on low ground, so floods are a clearer and more present danger than any other natural disasters,” he added.

“In the end, you can’t count on anyone but yourself.”