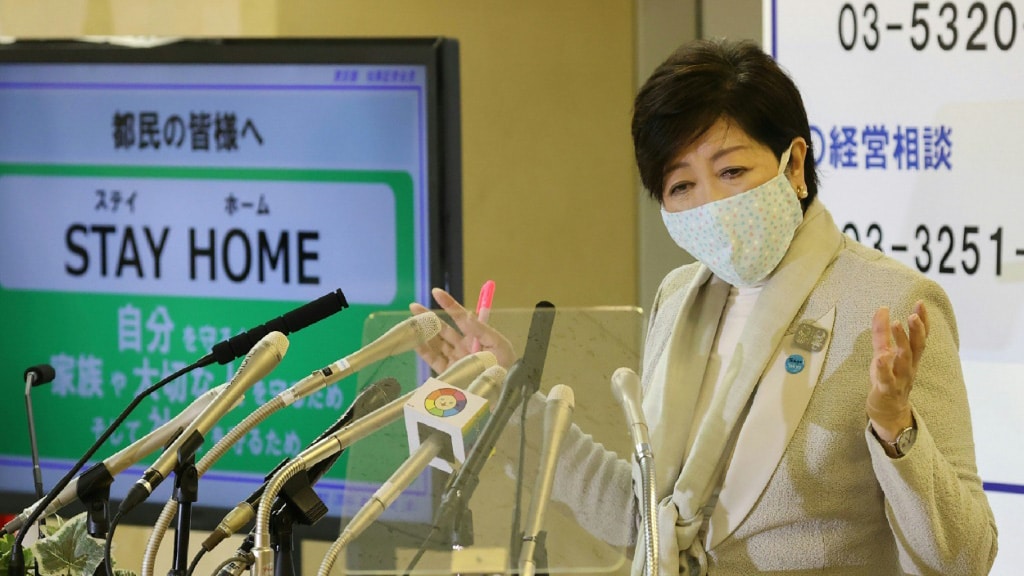 Manga, music and even video games: calls from Tokyo’s governor for residents to practice social distancing to stem the spread of coronavirus have inspired a slew of viral online tributes.

On Twitter, a clip from a game in which players roam around town finding and breaking up gatherings was shared tens of thousands of times after being posted on Monday.

A suit-clad female politician can be seen running — or flying — towards groups of people and bouncing them apart with a wave of her hand.

Governor Yuriko Koike has spearheaded calls for Tokyo to take a rising number of infections more seriously, pushing for the state of emergency the government has now declared nationwide.

In near-daily messages to the capital’s residents, she has warned people to avoid areas where they may come into close contact with others.

Since then, the word “mitsu”, which indicates confined, crowded and close in Japanese, has been trending online.

The video of the game, posted by its creator, was retweeted more than 88,000 times and liked 204,000 times within just a few hours.

Koike’s social distancing messages have also been remixed by another Twitter user, with “it’s mitsu” in Japanese looped against a club beat as the governor’s image floats in the background.

The governor has also become the star of manga art, with one cartoon depicting a mask-wearing Koike as having the magic power of being able to create two meters of distance between people, simply by whispering “mitsu”.

Japan’s outbreak remains less severe than in hard-hit European countries, but its caseload is one of Asia’s highest after China and India, and is roughly on par with South Korea.

Prime Minister Shinzo Abe has urged residents to reduce contact with other people by 70 to 80 percent, and the number of people on Tokyo’s normally packed transport system has dropped significantly.

But the measures do not prevent people from going out, and many shops and even restaurants remain open.