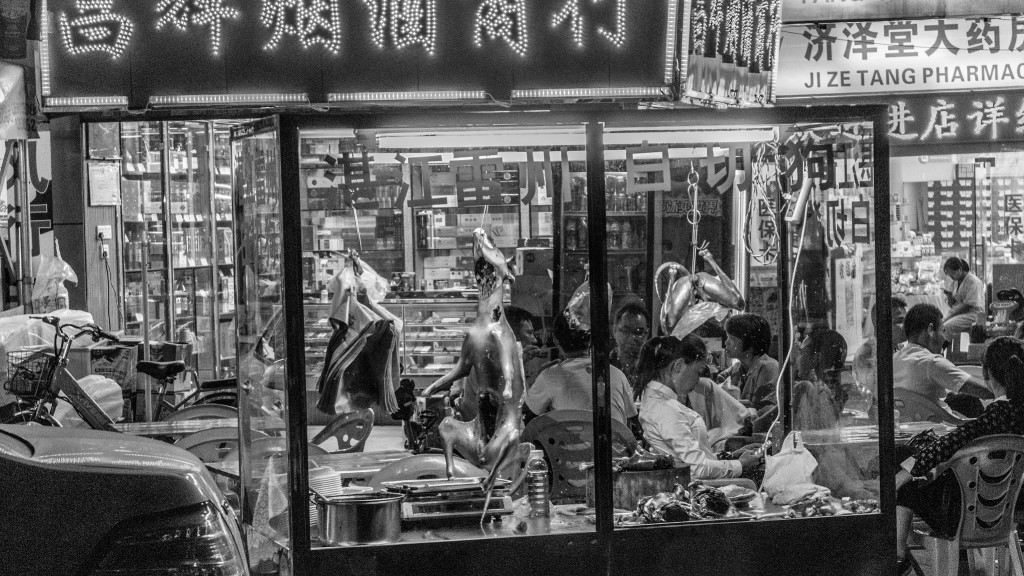 Local and foreign activists are on the ground fighting the continuing cruelty that is dog consumption in Asia.

The consumption of dog meat is ubiquitous in many Asian countries, but it is most pronounced in three states: Vietnam, China, and South Korea.

While it can be argued that the practice of eating dog meat can be comparable to eating pigs and cows, animal rights organizations, groups, and individual advocates who are actively combating the cruel practice of dog slaughter and the active marketing and sale of dog meat. We take a closer look at the state of dog eating today in three high profile countries where the practice still holds sway in the population.

Dog meat is considered a delicacy in Vietnam, and the increasing pressure on the private sector to stop the sale of dog meat to the population has raised national concerns that this well-loved delicacy will soon be made illegal. Officials in Hanoi specifically, are telling the public to stop eating dog meat due to health concerns associated with the practice, and to improve the image of the country.

Last year, Vietnamese officials have begun banning the sale of dog meat in Hanoi’s inner-city districts because the meat is deemed offensive to tourists and foreigners. The additional risk of spreading rabies is another major concern, as the rabies virus does not die when exposed to cooking temperatures.

Hoang, a native of Hanoi, stated that there are great fears that there will be a nationwide ban on the consumption of dogs and cats. “I don’t see how they can ban it. The demand is just too high. For us, it’s a tradition to eat dog meat. It’s just as normal as eating seafood or chicken,” Hoang said.

Hoang’s reasoning is not uncommon. Many Vietnamese believe that eating dog meat is no different from eating chicken, pork, or beef. In short, dogs are seen as “meat animals” as much as other commonly slaughtered livestock, and there is no moral conundrum to solve with their continued consumption anywhere in the country.

The clash of ideologies happens constantly though: Vietnam has attracted plenty of foreigners in the past few years, and tourists specifically from the West are quick to blast the practice of eating dog meat. Of course, sentiments about the practice quickly reach social media, blogs, and even YouTube.

The Vietnamese government appears to be on the side of animal rights advocates. In Ho Chi Minh City, another popular tourist destination, the government has taken a much tougher stand.

The largest dog market in Ho Chi Minh was raided and dismantled. It is believed that dog markets distribute meat from dogs that are stolen from pet owners. The stolen pets are then subsequently slaughtered and then sold to dog meat lovers in restaurants.

Mr. Chien, a dog meat supplier in Ho Chi Minh City, defends his business, which has been thriving for ten years already. “All the meat I’m selling comes from a qualified supplier. I have all the papers and licenses that are necessary. Society has been looking down on us, so I need to have my business as clean as possible.”

“It’s a business. If there’s demand, then there is supply. It thinks it’s a tradition that’s been here too long to ban it entirely.” said Mr. Chien.

South Koreans have a similar belief about the consumption of dog meat. Fortunately, the South Korean government has been working with international animal rights groups, and the NGOs are now making some headway in dismantling the places that allow for the dog meat practice to thrive. 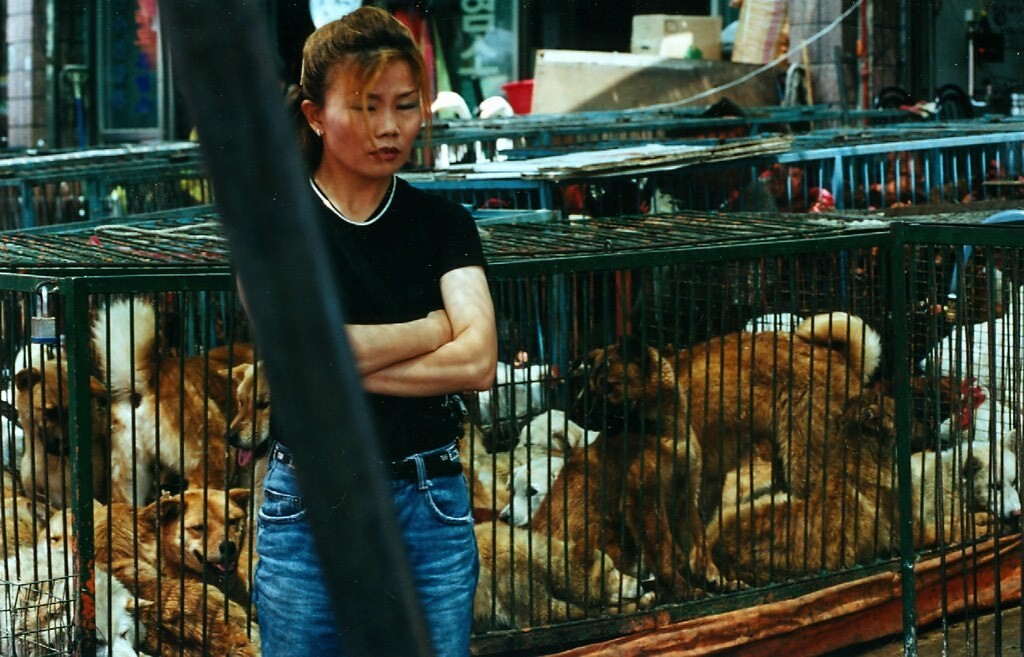 In June, Humane Society International announced that the largest dog meat market in South Korea will be closed. The Gupo dog market is the most notorious of its kind in South Korea, and is infamous for selling both chilled dog meat and offering “live killed dogs.”

Over 80 dogs were saved after the Gupo market raid, and the canines are currently being cared for by different animal charity organizations, including the Humane Society International /Korea, Korean Animal Welfare Association, the Korea Animal Rights Advocates, and the Busan Korean Alliance for Prevention of Cruelty to animals.

Local authorities in Busan reached an agreement with 19 dog meat sellers operating in the Gupo market. The space that was once used for the market will be transformed to a public park.

Earlier last year, Seongnam City also demolished the largest dog meat market in the whole of South Korea. The city also went after associated dog meat vendors and was able to shut down most of them.

It has been a joyful time for animal rights advocates, according to Nara Kim, who is herself a dog meat campaigner for HIS and the Humane Society Korea. “The closure of Gupo’s dog meat market means the end of a gruesome era in South Korea’s dog meat history, and a sign of the times that law enforcement and local authorities are cracking down on this increasingly unpopular industry that most Koreans want nothing to do with.”

“I know we have a long way to go to end the dog meat trade here, but even two years ago I would never have believed we would see such progress. It has been a pleasure to work with the Busan authorities and especially in being able to save the last remaining dogs we found alive,” said Nara.

China is the site of the “Lychee and Dog Meat Festival” which is held annually in Yulin, Guangxi, China. The Yulin Festival has been the focus of many animal welfare and animal rights groups because of the scale of the massacre that occurs here on a yearly basis. Upwards to 10,000 dogs are slaughtered here during the ten-day festival. Cat meat, lychees, and liquor are also sold during this period. Organizations like The Animal Hope & Wellness Foundation are on the ground monitoring the situation during the actual festival.

The Situation on the Ground

Foreign organizations and groups work with local charitable organizations and activists to apply pressure to the government so that strays and rescued dogs can receive medical treatment and proper care. Organizations like The Animal Hope & Wellness Foundation have discovered the many ways that dog meat is marketed to common diners.

“Many dog meat restaurants list ‘dog penis’ on their menus to entice customers. Chinese men believe dog penis will increase their virility. There are restaurants available which only serve genitals from various animals of different species,”

“Even in those specialty restaurants, the dog penis is among the most sought after. It is falsely believed eating a dog penis will impart sexual stamina, stronger breeding capacity and virility,” said the organization in a Facebook post. Those who wish to help the organization out by adopting their rescued animals, you can do so by checking out their website.

The Truth Behind the Yulin Festival

Wendy Higgins of the Human Society International also shares some key insights about the annual slaughter-fest in China:

1. The Yulin festival is actually a commercial event that started in 2010. The annual event was launched to boost plunging dog meat sales.

2. The Yulin festival has since backfired on the city, as it had garnered plenty of bad PR from both local and international news outlets. There is now global condemnation of the mass slaughter of dogs in this annual event.

4. The dogs are not humanely killed for consumption. The animals are often placed in drums of boiling water, or even beaten to death. The cruelty during slaughter stems from the belief that dogs that have adrenaline-drenched meat tastes better and brings more healthful benefits to the end-consumer.

5. It is not true that the dogs killed for the festival were raised for their meat. Rescues have revealed many dogs with their collars still on.