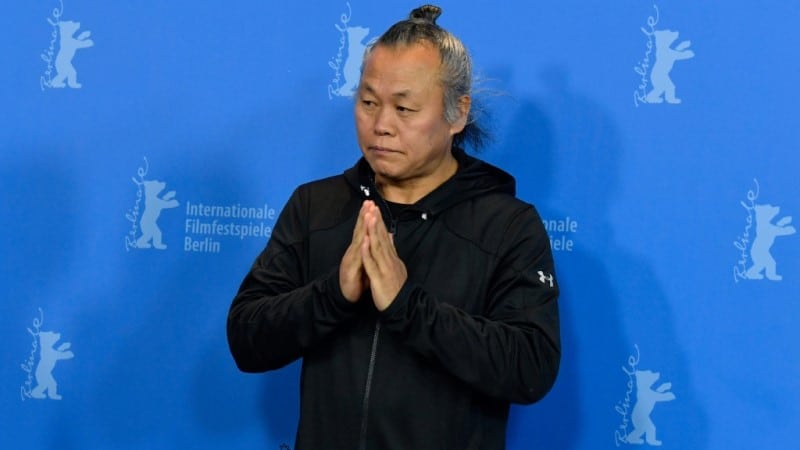 “Unfortunately, the sad news about Kim Ki-duk’s death from coronavirus in Latvia is true,” Dita Rietuma, head of the National Film Center of Latvia, told AFP.

“It is known from his contact persons that he died in a hospital in Riga around 1:30 a.m. earlier today,” she added. 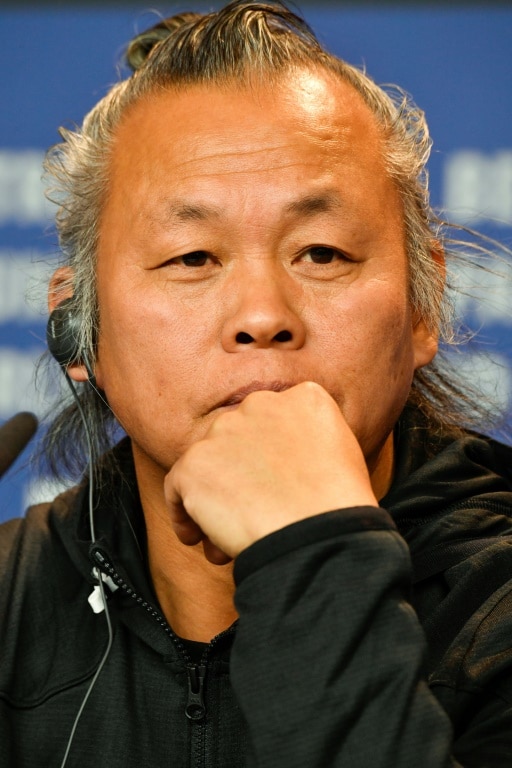 According to Rietuma, he was on a private visit to Latvia and was not planning any filming.

Local media reported that the director was planning to buy a property and apply for residence in the Baltic eurozone state.

Artur Veeber, an Estonia-based producer, said the two worked together on a new project and Kim was expected back in Estonia in mid-December for a retrospective show marking his birthday.

“Yesterday I learnt that the situation was critical,” Veeber told AFP, referring to Kim’s condition.

Reached by AFP, Kim’s translator Darya Krutova said she would not comment in line with the wishes of the director’s daughter.

Kim won global fame with his bold portrayal of extreme violence and human brutality in allegory-rich movies, but was accused of misconduct against actresses.

The director had not responded to these allegations.

But over the past few years he trained his sights on Russia and other post-Soviet countries where he worked on new projects.

He presided over the main jury of the Moscow International Film Festival last year and shot his last movie, “Dissolve”, in Kazakhstan.

Prominent Russian film critic Andrei Plakhov said that the “enfant terrible” of Asian art-house cinema was appreciated in Russia for his “passion and devil-may-care attitude.”

Laced with this trademark violence, his film “Pieta” won the Golden Lion prize at the Venice Film Festival in 2012.

He directed more than 20 films including “Spring, Summer, Fall, Winter… and Spring” — an uncharacteristically serene film exploring the cycle of life through a Buddhist monk’s existence.

“Kim’s films are modern myths,” Plakhov wrote for Kommersant broadsheet. “There is always temptation and redemption. And there is also God watching the human tragicomedy.”

Another prominent Russian critic, Anton Dolin, writing for Meduza news portal, said that for Europe and the United States Kim had become the embodiment of “Asian extreme.”

State Russian television hailed Kim, saying “there were no taboos for him in his study of human nature.”

The controversy around the eccentric filmmaker — who died of Covid-19 in Latvia on Friday at the age of 59 — raises questions on how to view the cinematic assaults on women that are a hallmark of his films, and the line between fiction and reality.

Kim grew up in a poor family with a violent, Korean War-veteran father, left school at the age of 14 and worked odd factory jobs for years, leaving him with what he described as a “deep sense of inferiority”.

After completing his mandatory two-year military service — serving in the Marine Corps — he moved to France to immerse himself in movies.

Back in South Korea, he directed his first feature in 1996, the low-budget “Crocodile” about a homeless thug who forms a twisted bond with a woman traumatized by gang rape, and then rapes her again himself.

It set the signature theme of many of Kim’s later works: tales of male social outcasts exploring the meaning of life through the abusive bonds they form with women — many of them prostitutes — battered by tragic circumstances.

Kim’s mostly low-budget movies rarely achieved commercial success, but he began to gain global recognition after “Birdcage Inn” — a 1998 drama about two women who bond through prostitution — was screened at the Berlinale.

Controversy over his films also grew: Seo Won, a budding actress who played an ill-fated student-turned-prostitute raped repeatedly in his 2002 drama “Bad Guy”, described the acting experience as “a nightmare” that left her “traumatized”, and soon quit the profession.

She was one of several young, obscure actresses handpicked by Kim for leading roles and quickly forgotten afterwards.

But Kim’s works enjoyed huge acclaim at European film festivals where he scooped several awards, starting with the Silver Bear for best director at the 2004 Berlinale for “Samaritan Girl” — a drama about teenage prostitutes.

The same year, he won Best Director for the romantic drama “3-Iron” at the Venice film festival, where he took the 2012 Golden Lion for best film with “Pieta”, a dark thriller exploring the themes of sin and belief.

Religious topics often played a central role in Kim’s movies, including his 2003 “Spring, Summer, Fall, Winter… and Spring” — an uncharacteristically serene film exploring the cycle of life through a Buddhist monk’s existence.

The critically acclaimed movie was hailed for showing another side of the director’s talent.

But his star was tarnished in 2017 when a South Korean actress accused him of physically abusing her the previous year on the set of “Moebius” — a rare example of a woman speaking out in the South’s male-dominated film industry.

Soon another actress accused him of rape, and a spate of other allegations from staffers and performers followed, all of which he denied.

Kim said he had slapped the “Moebius” actress as part of “acting lessons” and was fined by prosecutors.

He insisted that his real life did not resemble his movies, urging fans not to “draw conclusions about my personality… from looking at my films”.

But some drew parallels with Bernardo Bertolucci, the Italian director whose 1972 film “Last Tango in Paris” includes a rape scene featuring a stick of butter that the actress involved said left her feeling angry and “humiliated”.

“Kim was a cinematic maverick who boldly portrayed the emotion, desire and basic instincts of a social underclass in a rough and relentless fashion,” Seoul cultural critic Chung Dal-hae said in a commentary after the accusations emerged.

“But now it’s hard to be immersed in his artistic works knowing that they were based on real-life violence and exploitation.”