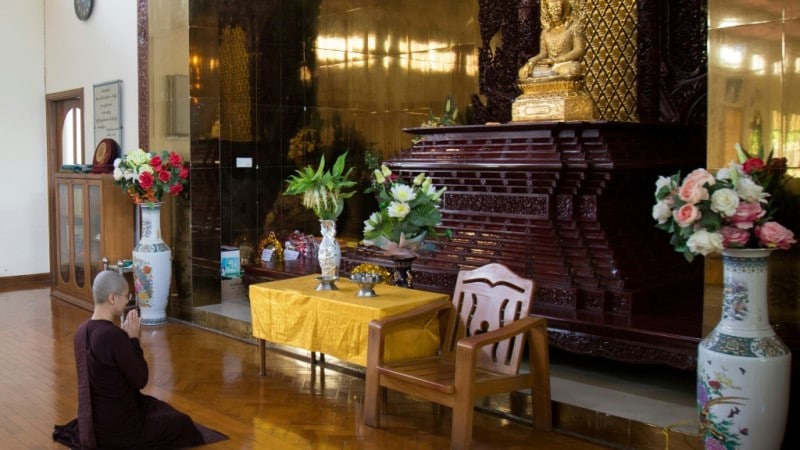 In a society where a popular saying urges women to “regard her son as her master and her husband as her god”, Buddhist nun Ketumala is already an outlier.

The 40-year-old walked away from traditional expectations of marriage and children as a teenager, and has instead spent more than two decades as a fierce advocate for the importance of women in religion.

The deep-red robes and shorn heads of Myanmar’s monks are internationally recognized, but the plight of the nation’s vast number of nuns, estimated to be in excess of 60,000, is little documented.

An entrenched patriarchy — the belief women are inferior is common and discrimination is routine — means that nuns, who also shave their hair but wear pink, can face abuse. 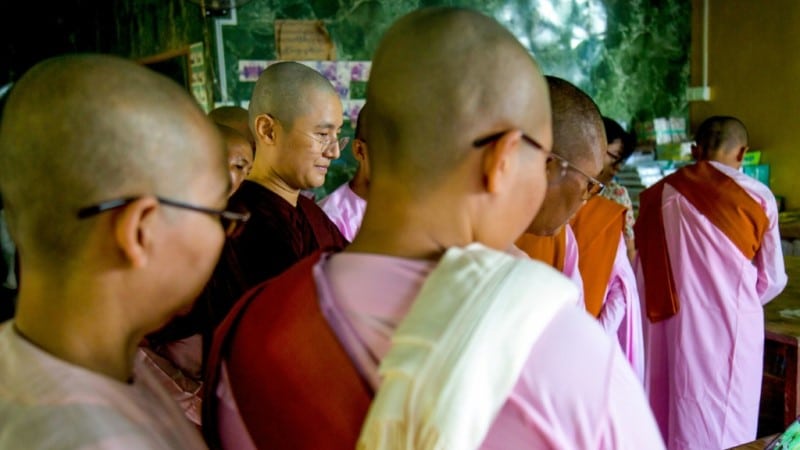 The deep-red robes and shorn heads of Myanmar’s monks are internationally recognized, but the plight of the nation’s vast number of nuns, estimated to be in excess of 60,000, is little documented

“They think it’s a place for women who are poor, old, sick, divorced, or need help for their life,” she adds.

Outspoken and rebellious, Ketumala is arguably the best known nun in Myanmar, having founded the Dhamma School Foundation, which runs more than 4,800 Buddhist education centers for children throughout the country.

But she warns that many nuns are still treated with contempt — the nunneries are run on donations but they do not command the reverence of monasteries and so struggle with funding.

In the worst cases, nuns are abused even for asking for alms that help them survive.

“Sometimes they are harassed along the road,” she explains.

Ketumala’s battle for recognition and respect for nuns in Buddhism runs parallel to the broader challenge for women’s rights in modern Myanmar.

Aung San Suu Kyi might be the face of the nation, but her role at the apex of the civilian government belies the lack of female representation in positions of power in the country.

Only 10.5 percent of MPs are women, although there are signs the ratio might improve after the November election.

Laws are often made by men, for men, and rights activists have warned that in wider society violence against women is so pervasive it is regarded as normal.

Superstitions surrounding women are widespread: It is frowned upon to wash women’s clothes with men’s — even within the same family — for fear the men will lose their masculinity.

In religious life, women are banned from entering certain Buddhist sites or temples and are told never to sit above men.

Ketumala says she has little power to bring about all the changes she would like to see.

“The decision for entire affairs about the nuns comes down from the monks,” she explains.

Even creating the foundation was a fight — she says monks she initially approached for support would not back her, even though they thought it was a good idea.

She says: “For me it was doing good things together for the religion and for the country. But what I realized was that the monks have egos… they didn’t want to be involved and implement because it was a nun’s idea.”

Even when the project launched, she could not be appointed to its executive, instead given the role of ‘secretary’, and was ultimately forced to resign as monks took control of its management. 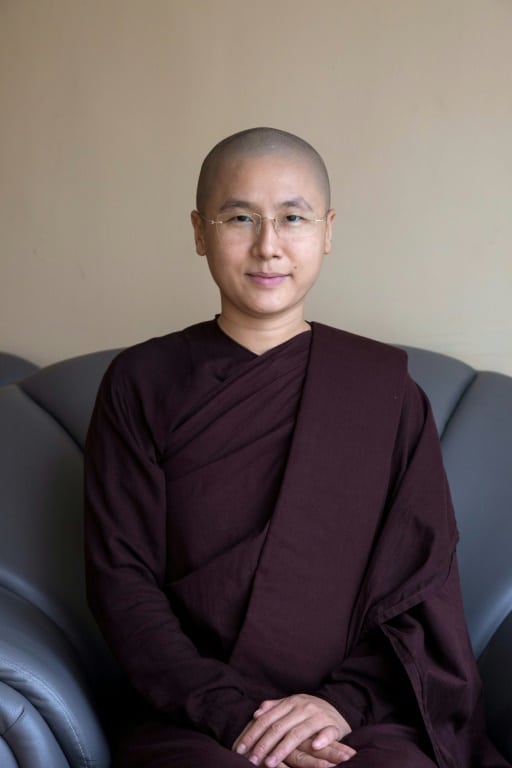 Outspoken and rebellious, Ketumala is arguably the best-known nun in Myanmar, having founded the Dhamma School Foundation, which runs more than 4,800 Buddhist education centers for children throughout the country

Mastery of the Mind

Ketumala admits she was not interested in religion in her youth, but found her path to enlightenment through reading about Buddhist philosophies, crediting Sayarday U Zawti Ka’s tome ‘A House Where Mindfulness Is’ with giving her clarity.

“I used to think success was measured with materials -– titles and property — but later I found out that those who can control and master the mind are the only successful people,” she says.

Her family were against her becoming a nun, fearing she would end up an outcast, and refused to speak to her for years — though they have since been reconciled.

She pushed ahead despite the opposition, even securing two degrees in Buddhist Studies as she completed her training.

Ketumala concedes there is no hope of achieving equal status with monks — some historians say that nuns were once ordained in Theravada Buddhism, practiced in Myanmar and much of South East Asia, but as the practice died out more than a 1,000 years ago there is no way to revive it.

Nonetheless she is determined to make a difference for the tens of thousands of religious women in the country so they can “better utilize their abilities”.

In 2016, she launched an empowerment training scheme for younger nuns, and is planning to create an organization that will teach subjects such as the art of leadership and management.

“The institute will provide the skills they need outside nunnery, particularly for the development of their community,” she explains.

Ketumala believes the best way to drive change is to find allies and friends across society, including monks, rather than creating “enemies” so has taken a soft approach to tackling female marginalization.

She adds: “Conservatives are everywhere, so the situation doesn’t give much space to ask for women rights.”