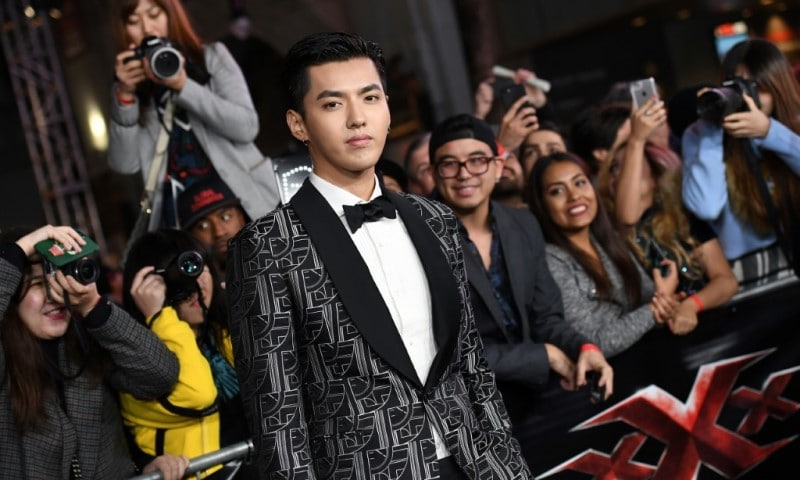 Actor Kris Wu, who also holds Canadian citizenship and grew up between Vancouver and Guangzhou, has denied the allegations on social media

The scandal has parallels with China’s #MeToo movement sparked by Chinese feminists in 2018, where women were empowered to voice their experiences of sexual harassment — sometimes involving powerful public figures.

Nineteen-year-old student Du Meizhu accused Wu, 30, of date-raping her when she was 17 in a Sunday interview with Chinese news portal NetEase.

Wu, who also holds Canadian citizenship and grew up between Vancouver and Guangzhou, has denied the allegations on social media.

Wu’s studio also published a lengthy response to Du’s claims, denying any wrongdoing and alleging that she only met him once at a party, tried to extort his staff for millions of yuan and falsified her accusations.

“The studio has already launched the legal accountability process,” they wrote Monday evening.

Du’s claims sparked a wave of online condemnation of the megastar, as well as an outpouring of support for Du and female victims of sexual assault more generally.

The fallout has been significant, given its links with one of China’s most bankable stars.

Since Monday a growing number of brands including Louis Vuitton, Bulgari, Porsche and Tencent Video have announced on social media that they were dropping or suspending their collaborations with Wu.

“Bulgari attaches great importance to the incident relating to Kris Wu and decided to terminate all related collaborations with Wu from today,” the luxury brand wrote on China’s Twitter-like Weibo Tuesday.

Louis Vuitton also said it was suspending cooperation with Wu.

Angry online users have been calling for other brands including L’Oreal Men and Lancome to sever ties with Wu.

Lancome said in a Weibo statement Tuesday that its partnership with Wu expired in June.

Since Du’s comments, more alleged victims have spoken out online, accusing Wu’s staff of predatory behaviour such as inviting them to boozy karaoke parties with the star.

The hashtags “girls help girls”, “girls helping girls” and “girls help girls time” — where women expressed solidarity with Du — were deactivated by Weibo and removed from the trending list Monday, although they could still be searched online.

The China Association of Performance Arts said Monday that Wu’s punishment “must be based on facts instead of relying on online exposes” but called for “severe punishment” if he is found to have broken the law.

State media has weighed in, as the Global Times called for necessary legal intervention in a Monday Weibo post.

The Weibo trending hashtag “the law is the lowest standard of morals” racked up 830 million views, as users complained about the high legal threshold required for victims to prove sexual assault in court.