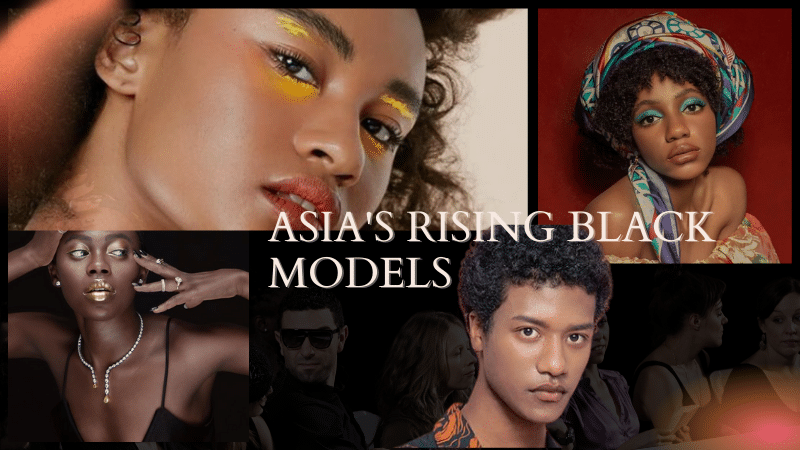 Asia’s Fashion scene is still dominated by the Western image of beauty and it’s not surprising to see models with skin as white as snow everywhere. Thankfully, Asia is embracing racial diversity by welcoming Black models.

When Asian models are mentioned, some of the names that may come into your head may be Liu Wen, Fei Fei Sun, Tao Okamoto, or Fernanda Ly. Just as the East Asian look has crept into billboards and magazines, black models are also starting to make their mark in the continent.

This is a big leap considering diversity is one of the most pressing issues in the modeling world. We’ve gathered some of our favorite Black models that are taking over Asian catwalks despite cultural challenges.

Harmony Ilunga is a woman of many labels – girl boss, activist, and model are just some of it. Originally from Congo, the ebony-skinned stunner shared that she felt discrimination because of her skin color. This led her to establish Harmony HK, which is a refugee-curated social enterprise that aims to raise awareness of how people can improve the livelihood of ethnic minorities and refugees in Hong Kong by putting diversity in the spotlight of music and fashion.

The model’s advocacy is close to her heart since she became a refugee at just 12 years old. When she started modeling at 18, she regularly faced rejection and racism. In an interview with Hivelife, she shared that local people even made fun of a fashion show’s director for hiring a black model like her. This inspired Ilunga to take matters into her own hands and help those like her.

Bae Yoo Jin may be young, but she’s not letting her age stop her from reaching new heights. The 17-year old model was born to a Nigerian father and a Korean mother, and stands out because of her incredible features. Fashion fanatics have dubbed her as the female counterpart of Hyun Min Han, another Nigerian-Korean model that has lived in Seoul his whole life.

Despite being likened to Han, it’s clear that Bae has what it takes to carve her own path in the fashion industry. The teenage model is currently represented by SHSModel Management and has become a runway staple despite only starting her career last year.

This list wouldn’t be complete without Hyun Min Han, the male model breaking the mold of Seoul’s homogenous fashion scene. His dusky skin makes him unique, and this helped him to defy odds and become one of the most sought-after models in the country.

However, his journey wasn’t always easy. He recalls being made fun of and tricked by people for his skin color when he was younger. According to him, he’s used to people being amazed at people who are half white, but when someone is half black, their immediate response isn’t as great. But through the guidance of his parents, Han has displayed an exemplary sense of maturity and work ethic, which led him to become one of Asia’s most famous male models.

American-Haitian model Tina Rateau already has a lot of accolades under her belt. Having already appeared in Vogue, and walked numerous times for Shanghai Fashion Week, Rateau has become one of China’s most prominent models. The model first went to China to study, but her looks captivated fashion students. This led her into being discovered by a photographer, who contacted an agency on her behalf. Despite not having any modeling experience before, she quickly discovered her penchant for the profession and started booking major jobs in Hangzhou, Shanghai, and Suzhou.

As one of very few Black models based in China, she is a prime example of how people can become successful despite cultural challenges. As China becomes one of the most-watched fashion scenes in the world, Rateau has also been pushed into the limelight.

However, Rateau reported that it’s not all sparkles and rainbows. In an area where people don’t usually sport an afro and have black skin, she brings a pick for her hair and her own foundation during shoots.