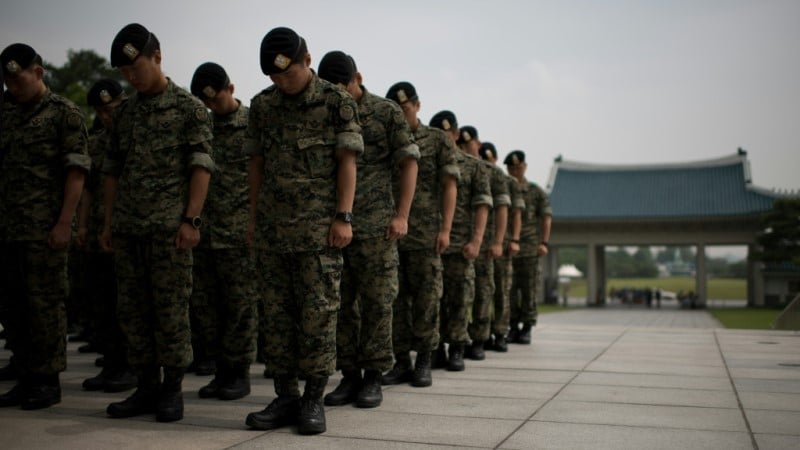 A transgender South Korean soldier who was forcibly discharged from the army after she underwent gender confirmation surgery has been found dead, Yonhap reported Wednesday.

Firefighters found Byun Hee-soo in her home in Cheongju, south of Seoul, after a mental health counselor called emergency services to report that she had not been heard from since February 28, the agency reported.

Police are investigating her death, it said.

Byun, formerly a staff sergeant in her 20s, enlisted voluntarily in 2017, and went on to have gender confirmation surgery in 2019 in Thailand.

But South Korea remains deeply conservative about matters of sexual and gender identity and is less tolerant of LGBT rights than some other parts of Asia, with many gay and transgender Koreans living largely under the radar.

The defense ministry classified her loss of male genitals as a mental or physical handicap, and a military panel ruled in early 2020 that she would be compulsorily discharged.

Byun had waived her previous anonymity to appear at a press conference at the time to plead to be allowed to serve, wearing her fatigues and saluting the gathered journalists and cameras.

“I’m a soldier of the Republic of Korea,” she said, her voice breaking.

Serving in the military had always been her childhood dream, she said.

“Putting aside my sexual identity, I want to show everyone that I can be one of the great soldiers defending this country,” she continued, fighting back tears. “Please give me that chance.”

South Korea has a conscript army to defend itself against the nuclear-armed North, with all able-bodied male citizens obliged to serve for nearly two years.

Byun’s case was the first of its kind in the South.

International rights groups have expressed concern about the way the country treats gay soldiers, who are banned from engaging in same-sex acts and can face up to two years in prison if caught — even though such actions are legal in civilian life.