Tearful Reunion of Mother and Dead Daughter via Virtual Reality 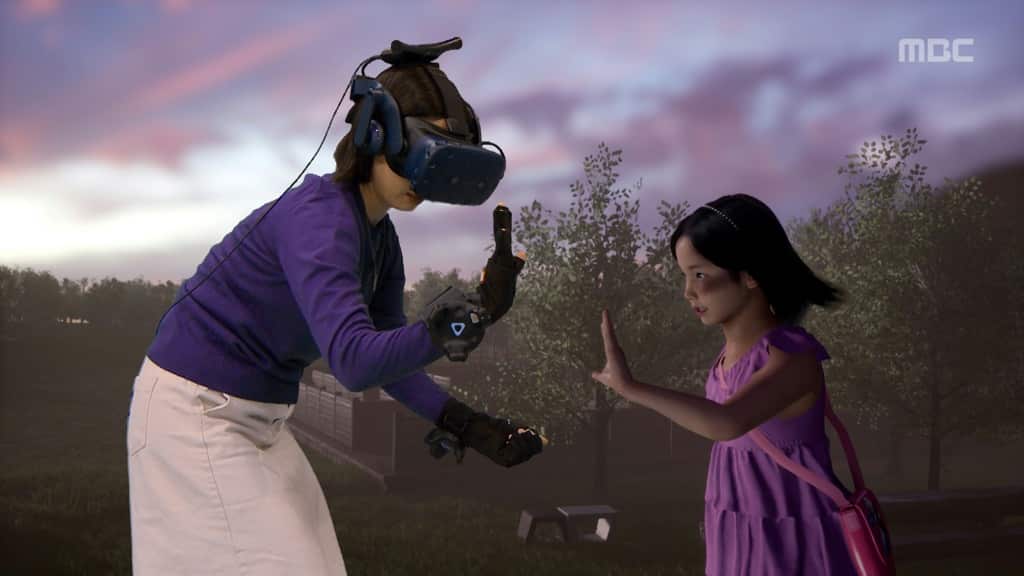 A tearful reunion between a mother and her dead daughter via advanced virtual reality for a South Korean television has become an online hit, triggering fierce debate about voyeurism and exploitation.

The footage began with the girl — who died of leukemia in 2016 — emerging from behind a pile of wood in a park, as if playing hide-and-seek.

Tears streaming down her face, Jang Ji-sung reached out towards her, wracked with emotion.

“I have missed you Na-yeon,” she told the computer-generated six-year-old, her hands moving to stroke her hair.

But in the real world, Jang was standing in front of a studio green screen, wearing a virtual reality headset and touch-sensitive gloves, her daughter’s ashes in a locket around her neck.

At times the camera cut to Jang’s watching husband and their three surviving children, wiping away tears of their own.

A nine-minute clip of the Munhwa Broadcasting Corporation (MBC) documentary “I met you” has been watched more than 13 million times in a week on Youtube.

Many viewers offered Jang their sympathy and support for the concept.

“My mother unexpectedly passed away two years ago and I wish I could meet her through virtual reality,” said one.

“It’s understandable a grief-stricken mother would wish to meet her late daughter. I would do the same,” he told AFP.

“The problem lies in that the broadcaster has taken advantage of a vulnerable mother who lost a child for sake of the viewer ratings.”

“If the mother had been counseled before the filming,” he added, “I wonder what kind of a psychiatrist would approve this.” 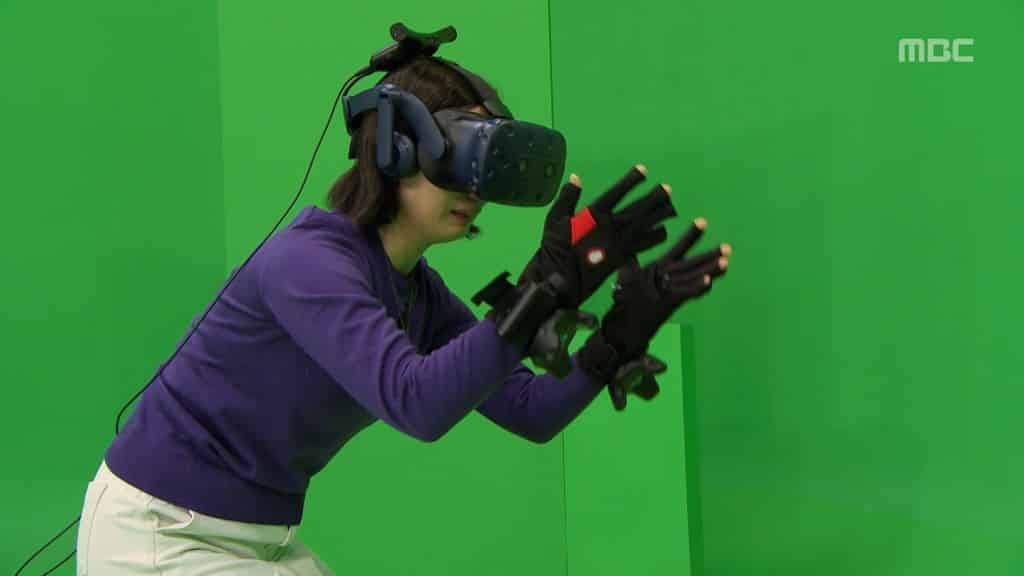 But in the real world, Jang was standing in front of a studio green screen, wearing a virtual reality headset and touch-sensitive gloves

It took eight months of filming and programming to create the virtual Na-yeon, but the makers of the documentary insisted the broadcast was intended to “console the family” rather than promote virtual reality in ultra-wired South Korea.

The technology presented a “new way to keep loved ones in memory”, one of the producers told reporters.

Jang herself — who has her daughter’s name and date of birth tattooed on her arm in memory — hoped the program could “console” others who had lost loved ones.

“Even though it was a very brief… I was really happy in the moment,” she wrote on her blog — which she has since turned private.

During the broadcast the two sat at a table to celebrate Na-yeon’s missing birthdays, singing “happy birthday” together.

Before blowing out the candles, Na-yeon made a birthday wish: “I want my mother to stop crying.” 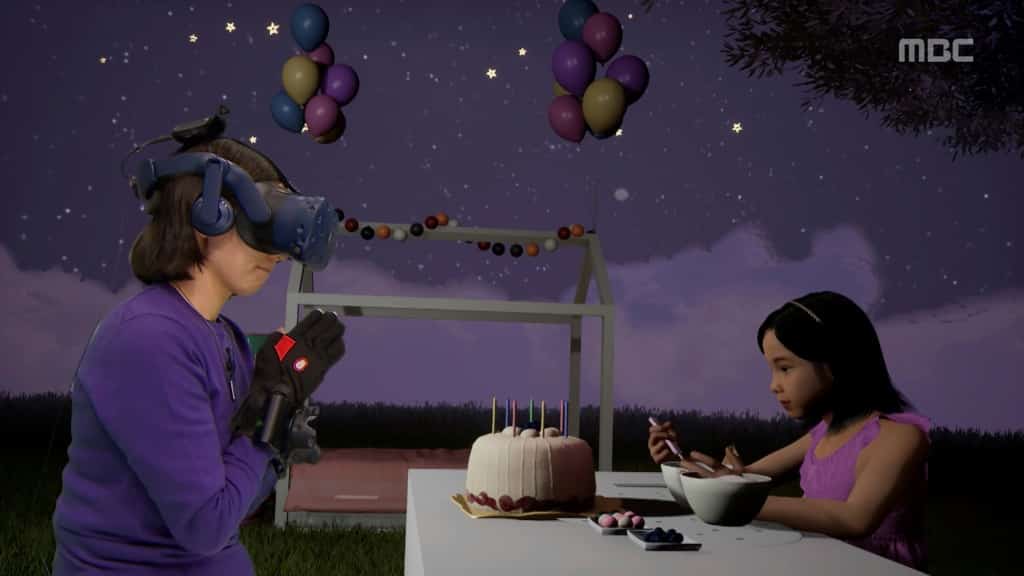