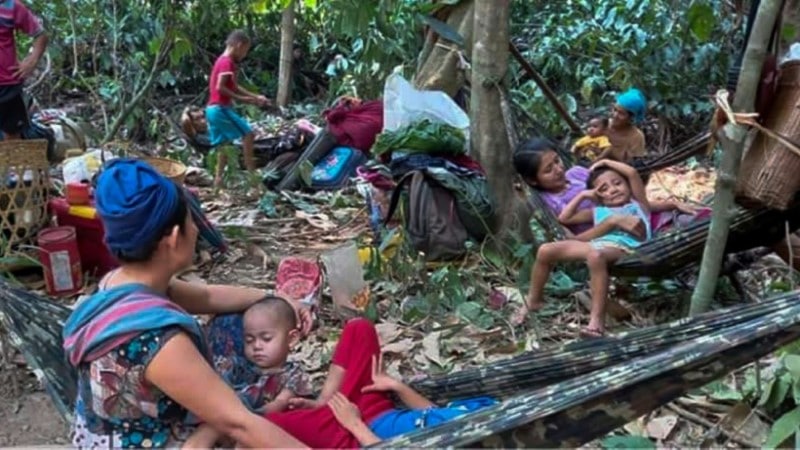 The Myanmar military launched the first airstrikes in Karen state in 20 years, hours after a rebel group had seized a military base

A Myanmar toddler has miraculously survived a weekend airstrike that killed his father in their bamboo hut near the coup-hit country’s border with Thailand.

The nation has been in turmoil since the military ousted and detained civilian leader Aung San Suu Kyi on February 1, triggering mass protests demanding a return to democracy.

On Saturday night, the Myanmar military launched the first airstrikes in Karen state in 20 years, hours after a rebel group had seized a military base.

Among the targets hit was the bamboo hut of Saw Ta Eh Ka Lu Moo Taw, almost three years old, who lives in the Day Bu Doh valley with his farmer parents. 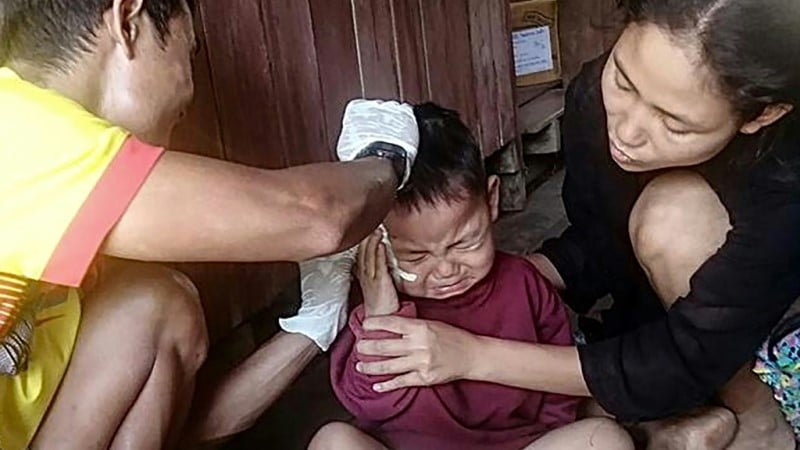 “He was sitting on his dad’s lap at the time and the shrapnel from the bomb killed his father. (The boy) has lacerations to his neck and has some fragments still in him,” David Eubank from the Free Burma Rangers told AFP, saying the father, Saw Aye Lay Htoo, 27, died instantly.

The Christian humanitarian group runs a health clinic in the area and is providing medical treatment to the boy.

Eubank said medics will try to remove the shrapnel pieces with minor surgery.

“(The boy and his mother are) in shock and sorrow. The little boy knows he’s got a dead father,” he said.

Health workers are concerned the little boy could develop an infection from the metal fragments and are giving him antibiotics.

An estimated 3,000 ethnic Karen people have fled through the jungle and over a river to seek safety across the border in Thailand as airstrikes continued Sunday and Monday.

It has been a grim few days for children in Myanmar.

An estimated 10 children were reportedly killed on Saturday — the bloodiest day of the military’s crackdown on anti-coup protests, with over 100 people killed around the country.

Among the fatalities was a 13-year-old boy playing outside his house in Yangon and an 11-year-old girl whose casket on Sunday was filled with dolls and princess coloring books.

“In addition to the immediate impacts of the violence, the longer-term consequences of the crisis for the country’s children could be catastrophic,” Henrietta Fore, the executive director for the UN’s children’s agency UNICEF, said in a statement.

In Yangon, a one-year-old girl was recovering from surgery after being shot in the eye with a rubber bullet while playing near her house on Saturday, which was also her birthday.

A friend of the family told AFP that the girl would be blind for life in the eye.

Meanwhile, across Yangon another family is rallying around a toddler who underwent surgery Monday after part of her ear was shot off.

“Her ear was totally wrecked and part of her head was also wounded behind the ear,” her father told AFP, adding the family was struggling to make ends meet and did not know how they would pay her medical expenses.

As child casualties and fatalities mount, in an act of defiance 60 youngsters in a town in eastern Karen state staged their own protest parade accompanied by their mothers on Monday.

They paraded in colourful Karen ethnic clothing carrying signs saying “Down with the military dictatorship”.