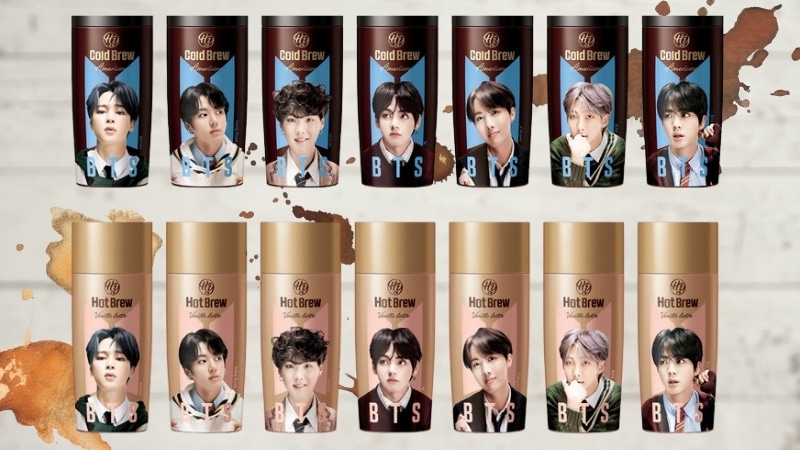 Want to have your caffeine fix of the day? BTS has got you covered with their newly-released Cold Brew. BTS teamed up with a Barista Champ to create this classic wake-me-up drink that is perfect to enjoy at home or at work.

If you’re a coffee fiend, then cold brew is probably on top of your favorites list. Known for its less acidic and smooth finish, this drink is truly distinct. Whether you are a coffee lover or just want to explore coffee, Kpop group BTS has something special for you – their Cold Brew BTS Special Package.

What Is Cold Brew?

Cold-brew is a type of coffee that’s extracted for a long period, usually around 16 to 18 hours, in unheated water. The ready-to-go drink is distinctive because it does not leave a bitter taste yet still remains true to its rich finish.

This cold brew is part of BTS’ effort to tap into the US market. The product showcases concept photos of their Map of the Soul: 7 album, which has exploded in popularity all over the world since it was released. The trendy yet luxurious package features each BTS member and is set to appeal to fans and young shoppers alike.

Last year, the same product was also released, but it was exclusively refrigerated. However, this new one was developed to last even at room temperature, making storage and handling more convenient.

“We have shipped Cold Brew BTS special package in initial quantities to the East and West Coasts of the United States, and we have been selling mainly in the Western part of the United States since July aiming to expand the sales channels not only to the Korean American market but expanding to other local medium and large supermarket chains by the end of the year,” stated Henly Kim, CEO of BNB Global, the company responsible behind importing and supplying the Cold Brew BTS Special Package.

Where Can You Get It?

Brewed by US Barista Champion Charles Babinsky himself, the BTS cold brew is best tried when cold. The classic Americano black does not have cream or sugar. Each package contains 7 bottles, with 270ml each and retails for $45.99 on Walmart. The drink is currently sold out but Walmart has a restock alert available.