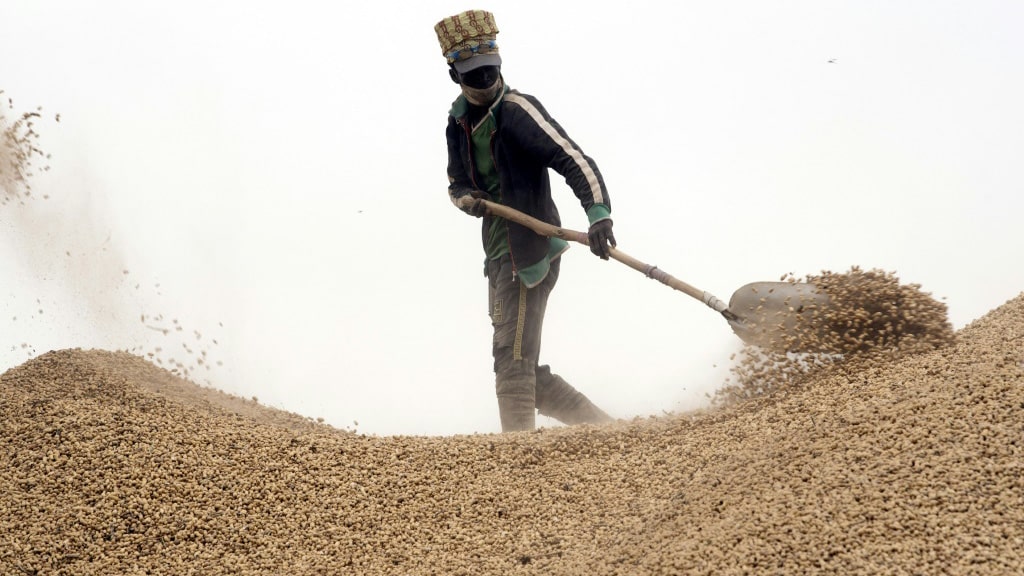 Sales to China are great, but local buyers suffer

Peanuts are an important export in the West African state of Senegal, with the area around the central city of Kaolack a hive of production.

Groundnuts are a “primary source of income for the vast majority of family farms,” according to a 2017 World Bank report, and employ about two-thirds of the rural population.

But Kaolack’s once-brimming peanut warehouses have been poorly stocked this year.

Most of the activity normally associated with the peanut trade has shifted to nearby villages, such as Sanguil, where Chinese buyers have set up shop.

Baye Niass Fall, a 50-year-old farmer, stands grinning in front of the entrance to the industrial compound in Sanguil, where men pack shelled peanuts into bags for export.

He says he’s made a killing this year selling 15 tons of peanuts “to the Chinese” at a better price than the Senegalese firms that transform the nuts into peanut oil.

This year Senegal produced some 1.4 million tons of peanuts, according to the government, which are a West African staple used in “mafe” sauce. 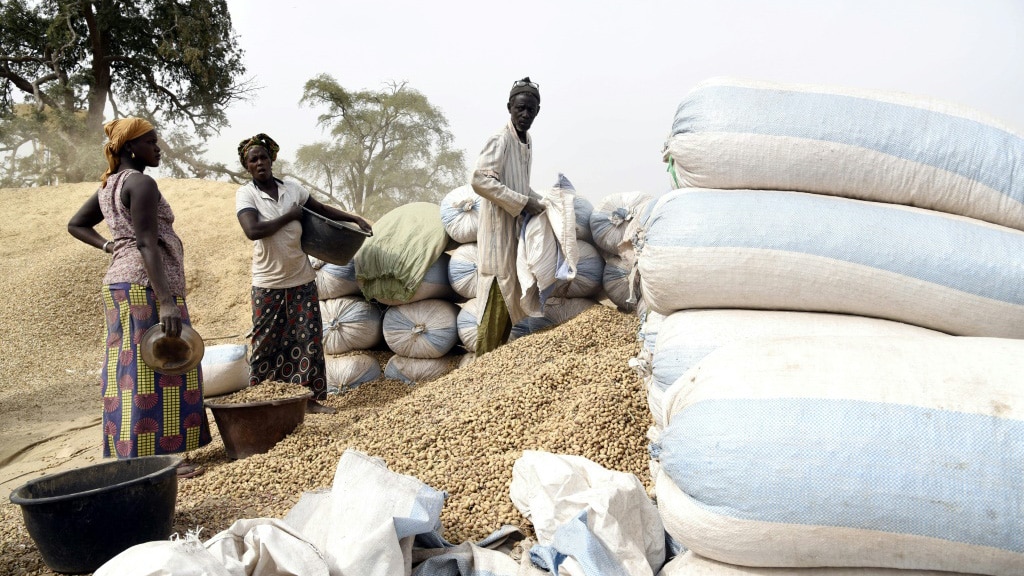 Some peanuts are consumed locally, sold on roadsides or by street hawkers. But vast amounts — 200,000 tons last year — go to China alone.

Chinese traders offer 300 CFA francs ($0.5) for a kilo of unhusked peanuts, or 525 CFA francs for shelled ones, according to farmers and local officials.

The local peanut-processing companies have this year struggled to obtain supplies, and several have been forced to lay off staff. They generally offer 210 CFA francs per kilo.

Farmers are delighted at the higher prices.

Sidy Ba, from Senegal’s peanut-growers’ association, said prices had never been as high and called the trend a “windfall”.

Pushing out the millers has caused tension, however.

Chinese traders have been accused of unfair competition by buying peanuts while they are still in the ground, for example.

Senegalese President Macky Sall connected the attack to Chinese involvement in the peanut sector, however, telling reporters that the Chinese “had done no wrong”.

AFP was unable to reach any Chinese traders for comment. 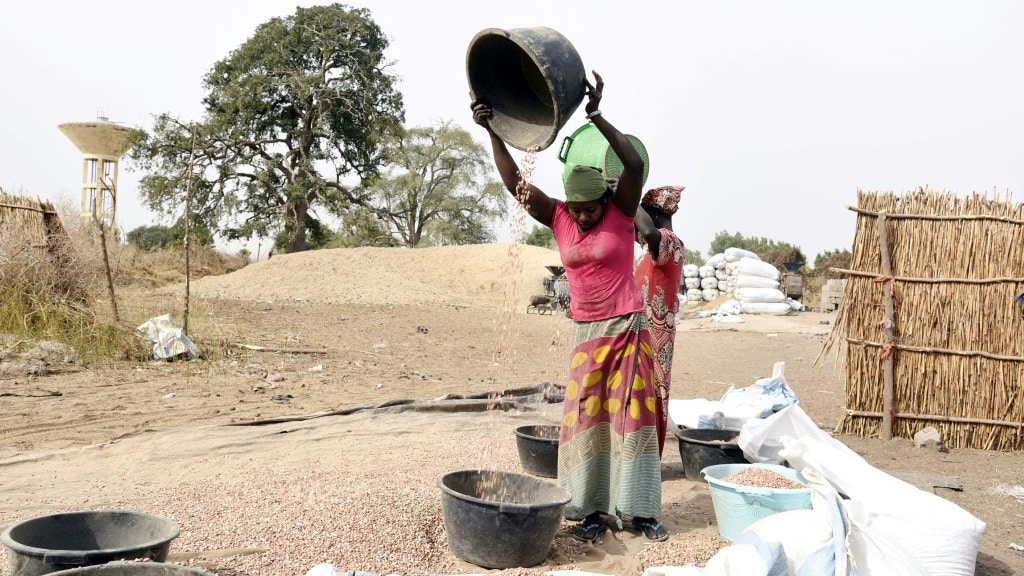 China is itself a huge peanut producer, but demand far outstrips domestic supply.

Senegalese Agriculture Minister Moussa Balde said China has been the main buyer of Senegalese peanuts since 2014, when the two countries signed a deal.

But the four Senegalese peanut-processing firms that rely on local production are suffering the fallout.

Sonacos, the largest state-owned processing company, did not manage to buy the 150,000 tons it was hoping for, company head Modou Fada Diagne said.

Senegalese essayist Adama Gaye — who has written about Africa-China relations — said the country risked getting stuck as a simple provider of raw materials without profiting from the added value.

The government should install oil mills to capture part of the “peanut manna,” he said, “instead of the crumbs paid by wild buyers”.

But the positive effect on farmers has been undeniable, with Balde pointing to prices that were “never imagined”.

“It is true that 1,500 jobs might be threatened in the oil mills,” Balde told local media, adding, however, that the scale did not compare. 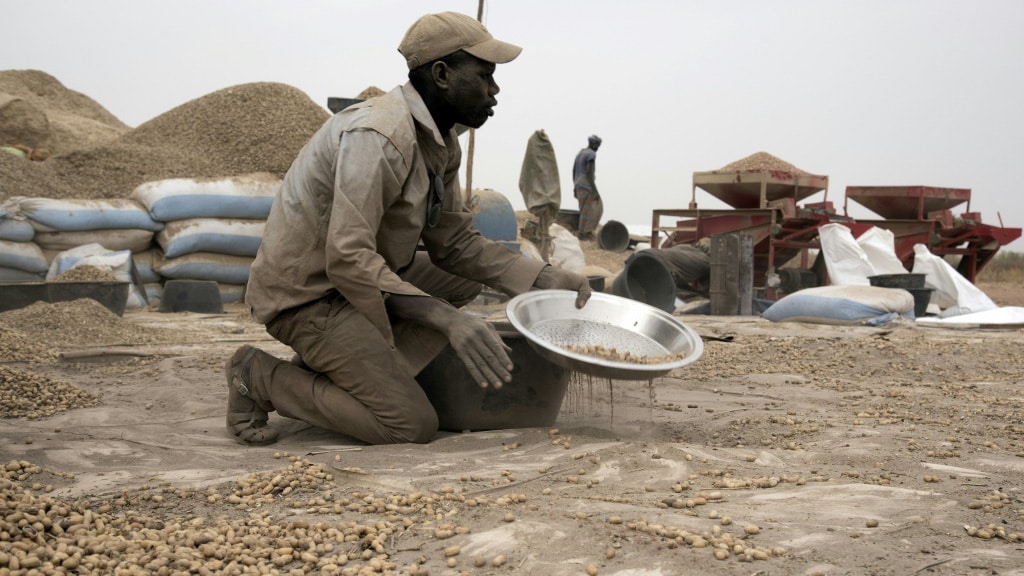 Sonacos has been doubly hit by a poorly timed loan of 47 million euros ($51 million), which was meant to finance peanut purchases.

Its four factories are now running below capacity. And out of 4,000 staff, Sanocos has laid off 500 seasonal workers, also canceling the recruitment of 600 more, according to union representative Samuel Ndour.

Copeol, a private peanut firm, has similar problems. It has laid off 120 seasonal workers while 19 of the company’s 25 full-time staff left under “negotiated departures,” Samba Wane, another union rep, said.

The government in Dakar has moved to protect the industry, suspending peanut exports in January in an attempt to allow local firms to recover.

But Sidy Ba, from the peanut-growers’ association, warned that times had changed.

“With the opening of markets and information on social networks, (farmers) know who pays the most and who the least”.