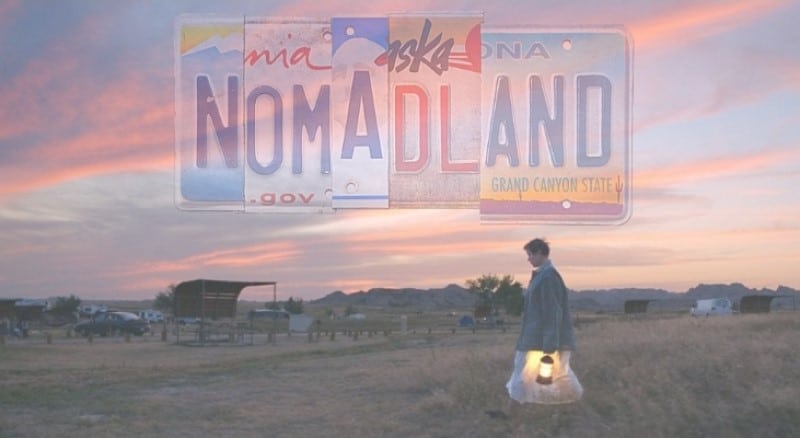 Chloe Zhao’s drama Nomadland is now considered by critics as one of the best films of the year. The director is poised to become the first-ever Asian woman to be nominated for Best Director at the Academy Awards.

Thirty-eight-year-old Chloe Zhao is living her best life. Her latest venture, Nomadland is about to cement her name in the industry by making her the first Asian woman to be nominated at the Academy Awards for Best Director.

Nomadland is no stranger to the festival circuit. It was already shown in the New York Film Festival, Toronto Film Festival, and the Venice Film Festival, where it won the Golden Lion, making the director the first woman in ten years to win the prestigious prize.

A post shared by Film at Lincoln Center (@filmlinc)

Nomadland is an intimate and dramatic peek at America. The film wonderfully presents an understated picture of the country through the eyes of Fern, played by Oscar-winning actress Frances McDormand, a former resident of Nevada, who is forced to move out of her home following the death of her husband and the shutdown of the gypsum mine.

Fern travels to the Midwest with her van, and bounces from one short gig to the next.  Her family pity her for being homeless, but she insists that she’s just “houseless.” In time, she finds a sense of community with like-minded people who show the same grit and drive as her.

Zhao has always dreamt of going places. Growing up in Beijing, she wished to go to England; and when she finally attended boarding school there, she longed to be in New York. But while in the big city, she fell in love with the beautiful landscape of South Dakota. Eventually, this became the setting of her first movie, “Songs My Brother Taught Me” in 2015. Zhao’s family still lives in Beijing, and she keeps in touch with them on WeChat.

“I am attracted to nature cause its a reflection of humanity.” TIFF interview

Zhao has always loved telling stories. Film critics have praised her for her unique mindset as a filmmaker that allows her to showcase tales that transcend her own identity. This is refreshing considering most directors often stick to subjects that they can closely relate with. With Zhao, authenticity is non-negotiable.

In her 2018 film “The Rider,” which she financed herself, she boldly cast a rodeo rider with a head injury to play a role he’s already in, albeit in real life. When she showed him being with wild horses, everything he and the horses did was natural. As a result, the film went on to become an art-house favorite, and even topped the list of Barack Obama’s favorite movies of 2018, with most critics calling it a “modern western.”

With Nomaland, the director remained true to her vision. She led a cast of real-life nomads, who despite not having any acting experience, delivered an authentic and moving performance.

“You’ve got to get to know them really well and then you’ve got to write for them,” Zhao shared in an interview, adding that she rewrote the scenes each day depending on what the actors brought, and what the weather was.

Making the film was a challenge, but Zhao’s process made it relatively smooth-sailing. Zhao and her small crew went on shoots based on the weather to perfectly capture the four seasons, as well as the landscapes of the west – from the desert, to the Badlands, and even the redwood forest.

McDormand, as with her other films, is also at the top of her game with her performance in Nomadland. Initially, she didn’t intend to act so she could focus on her role as a producer. However, the director believed that the non-actors on set needed the presence of a real actress to serve as their anchor.  In the end,  Zhao’s vision prevailed.

Returning to old nomadic ways is far from glamorous, but the director sees its clear appeal. All in all, the film is rich with intense love of the people who choose to connect with the land. Most importantly, it paints a picture of the powerful stillness of a lonesome life.