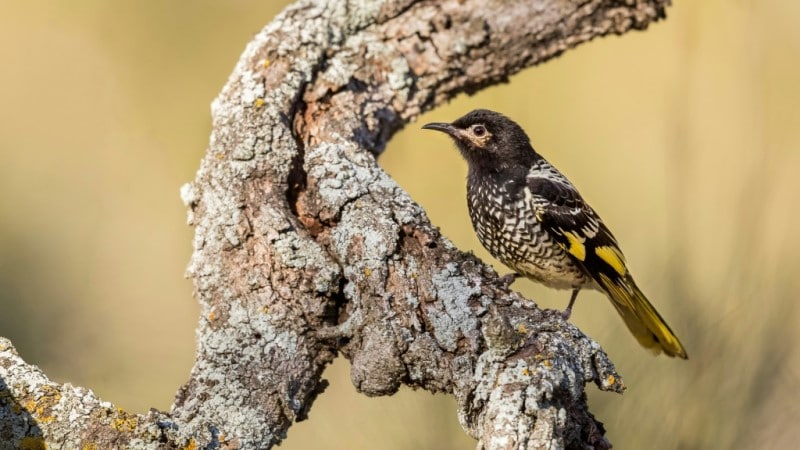 Australia’s endangered regent honeyeater bird is losing its song, a sign that it could be nearing extinction, scientists warned in new research released on Wednesday.

A rapid decline in the rare songbird means its young are struggling to learn mating calls as adults disappear, according to researchers at the Australian National University.

Male regent honeyeaters sang rich, complex tunes in more populated habitats, but resorted to simplified songs elsewhere, the scientists wrote in a study published in the peer-reviewed journal Proceedings of the Royal Society B.

Lead author Ross Crates said the findings were a “major warning sign the regent honeyeater is on the brink of extinction” — and the loss of song knowledge could also reduce chances of mating.

“It could also be exacerbating the honeyeater’s population decline, because we know a sexy song increases the odds of reproduction in songbirds.”

Scientists found 18 regent honeyeaters, or around 12 percent of the total remaining male population, who could only mimic other species’ songs — not their own.

“This lack of ability to communicate with their own species is unprecedented in a wild animal,” study co-author Dejan Stojanovic said.

“We can assume that regent honeyeaters are now so rare that some young males never find an older male teacher.”

The rare bird, with its black and yellow markings, was once found across much of eastern Australia but is now largely confined to eucalyptus forests in the country’s southeast.

The study also found regent honeyeaters born in captivity have different songs that could reduce their attractiveness to wild birds.

The scientists now hope to teach the captive birds to sing like their wild counterparts, by playing them audio recordings.