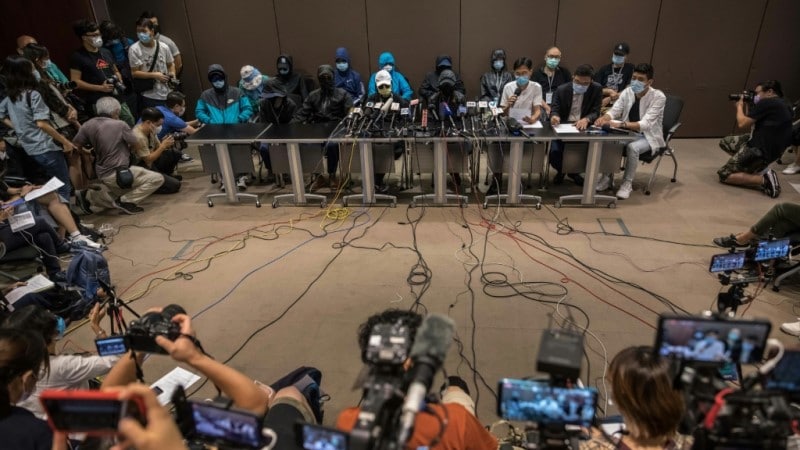 Relatives of 12 Hong Kong democracy activists detained in mainland China said Friday that letters from their loved ones praising their treatment and urging their families to stay quiet about their plight were likely written under duress.

The hand-written letters from seven of the detainees are the first time families have heard directly from the group since they were arrested by the Chinese coastguard in late August trying to flee Hong Kong for Taiwan by speedboat.

In a statement, family members said the letters warning relatives against speaking to the media and seemed to adhere to a template.

“There were many letters that directly ‘responded’ to the doubts of the outside world about China,” the statement said. “It is doubtful that they wrote the letter out of their own free will,” they added.

Most of those on board the vessel were being prosecuted in Hong Kong for crimes linked to last year’s huge and often violent democracy protests.

They have since disappeared into the mainland’s notoriously opaque, party-controlled legal system on immigration charges where a conviction is all but guaranteed for those who go to trial.

The letters were passed by lawyers appointed by the Chinese government after family-appointed counsel were denied access to the detainees, a common move by authorities for sensitive or political cases.

Four of the letters were provided to the media by “The 12 Hong Kongers Concern Group”, which has been helping the families of those detained.

But Beijing is asserting increased control over the city after last year’s huge protests.