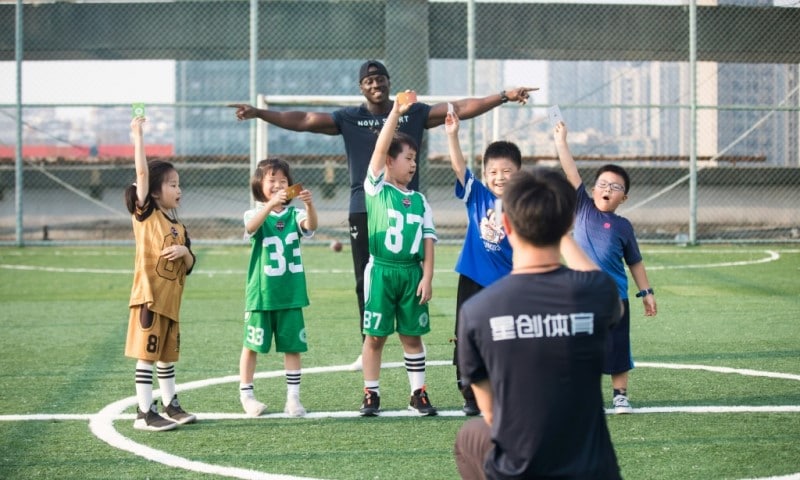 But just several months later the team of 12 boys and girls aged six to seven is up and running again after their devoted parents got together to save the club from extinction.

Fan Yelin watches as his son, kitted out in the team’s green and with the number 23 and his name “Caesar” on his back, evades an attempt to snatch a red ribbon dangling from his waist. 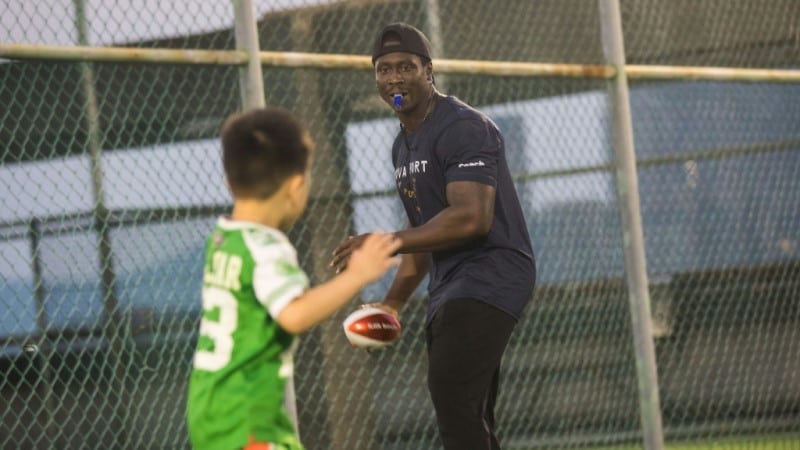 According to the NFL, more than 50,000 children under-12 in China are taking part in organized American football

They are doing their weekly training on a small artificial football pitch on a rooftop in Hangzhou, in China’s east.

Fan, who says there is only one American football pitch in the city of 10 million people, was instrumental in rallying his fellow parents when the owners seemingly vanished in the spring.

The self-styled American youth football development company allegedly took off with the families’ pre-paid fees. Some had forked out 40,000 yuan ($6,000) for two years of coaching.

With China re-emerging from the pandemic following a nationwide shutdown in February, the children were desperate to get back on the field.

“What really hurts us is not that the tuition fee was not paid back, but that our children had begun to finally like this sport and they’d only played for a year,” said Fan.

“Having them give up would have made us really sorry.

“Then I thought: if the company is gone, we will do it by ourselves. We will rebuild the team and get back the coach.”

Fan said he went door-to-door to gather all the parents together and they readily agreed with his plan, even though they had to pay again for the training pitch, two coaches and other expenses.

“After all of this, maybe a four-leaf clover really is a lucky thing,” Fan smiled. 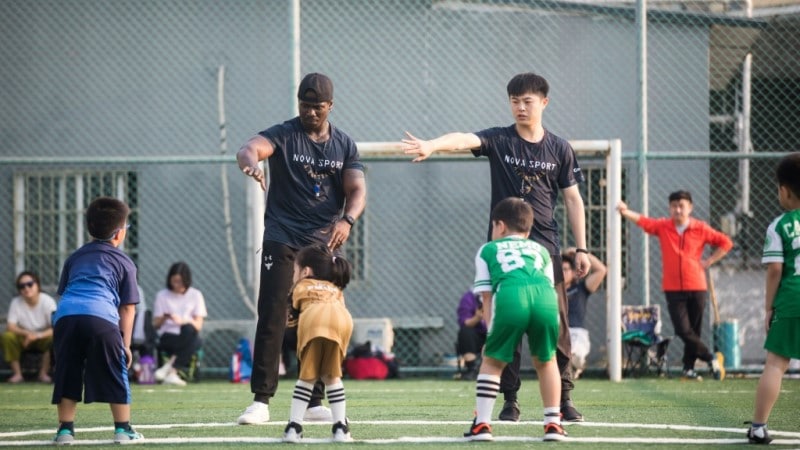 “We want more kids to join us so we can have enough children to become a complete club and build our own culture,” says one parent

Police are looking into the case, but the parents do not expect to see their money again.

The company also had teams in other major Chinese cities, allegedly leaving more parents out of pocket and their children kicking their heels.

Chen Xingyu knows a bit about American football having spent some time in the United States.

“For children of this age, the sport is more like a fun game compared to basketball and soccer,” he said, explaining why he steered his seven-year-old daughter, Lisa, towards American football and not the two most popular sports in China.

Chen said family friends are often surprised that Lisa is involved in flag or American football, which is largely unknown in China and usually associated more with males than females.

But the NFL says it is growing in the world’s most populous country. According to its figures, more than 50,000 children under 12 are playing or learning regularly in organized training programs. 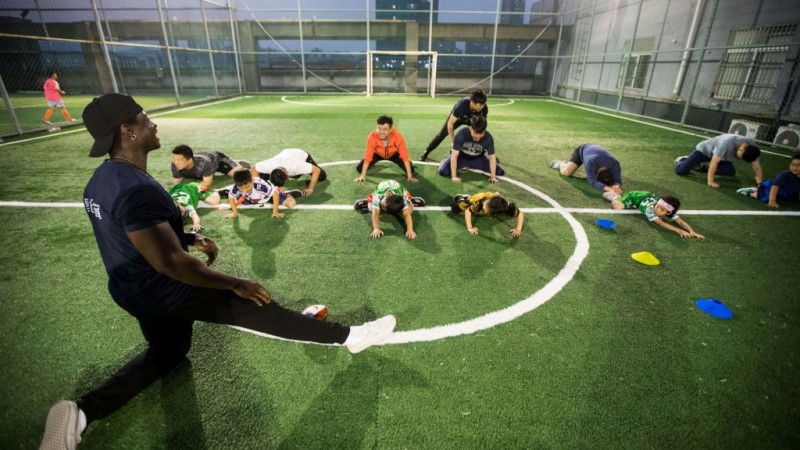 Chen said the Clovers’ tale — businesses running into dire straits during coronavirus, and then allegedly taking off — is not an unfamiliar one.

“I think it’s more common since the epidemic because for a lot of these kids’ training centres (in sport and education) they demand that you pay up front so they can expand their business,” he said.

“And then the epidemic broke out, everyone had to stay at home, all business stopped and their source of income got cut off.”

With the team saved and China now largely back to normal, despite the continuing virus threat, Fan sees only better days ahead.

“We want more kids to join us so we can have enough children to become a complete club and build our own culture,” he said.

“And we want more people to know about our story so we can inspire them.”

PHOTOS BY STRINGER/afp
by Peter Stebbings and Jessica Yang