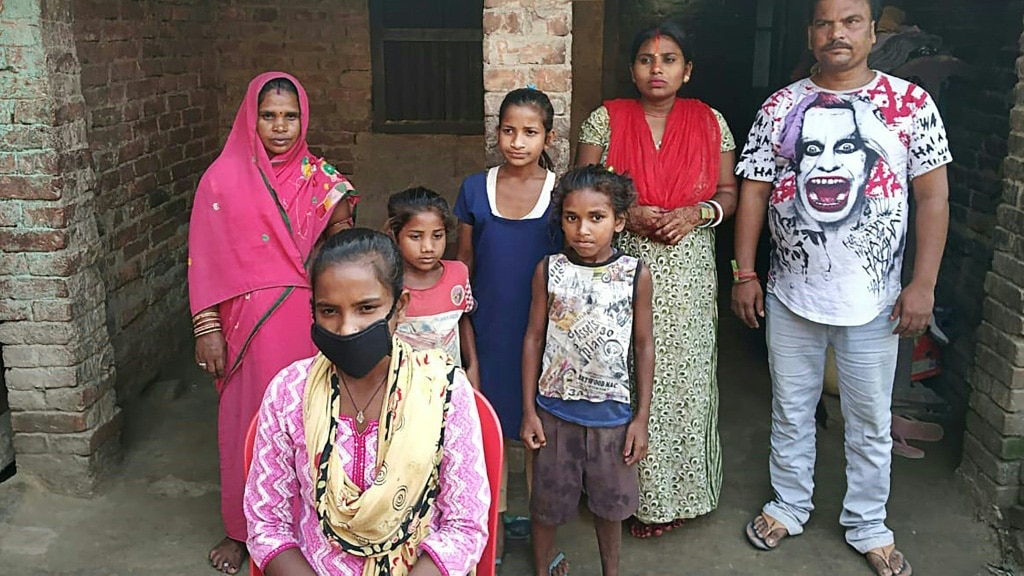 Jyoti Kumari Paswan, wearing a face mask, stands with her family outside their home in the northeastern state of Bihar

A 15-year-old girl who pedaled her injured migrant-worker father more than a thousand kilometers across India after a coronavirus lockdown left them destitute has been invited to try out for the national cycling team.

Jyoti Kumari rode a bicycle with her father, Mohan Paswan, sitting on the pillion and holding their belongings from Gurugram city, near New Delhi, to their village in the northeastern state of Bihar, local media reported.

Paswan, a motorized rickshaw driver, was among millions of migrant workers left jobless after the country was suddenly locked down in March to slow the spread of the virus.

With no money to pay rent or buy food and public transport halted, many walked or — like Kumari and Paswan — rode bicycles back to their villages.

The father and daughter’s arduous journey on a second-hand bike bought with their remaining funds made headlines.

It also caught the attention of the Cycling Federation of India, which offered Kumari the chance to try out for the country’s team.

“She covered this distance in seven days with her father and some luggage too. I thought she has something in her… that endurance level. We can try her,” chairman Onkar Singh told AFP.

“She said she only wants to pursue her studies. We told her that we also take care of studies at our academies.”

The cycling body expects Kumari to travel to Delhi after nationwide travel restrictions are lifted.

Singh said the federation would test Kumari to see if she is suitable for competitive cycling.

Ivanka Trump, the daughter of US President Donald Trump, praised Kumari’s efforts in a tweet, describing it as a “beautiful feat of endurance & love.”