KAWS Sculpture Reminds Everyone In Hong Kong To Relax

In an attempt to offer citizens a breather from the hustle and bustle of the city life, New York-based celebrity artist Brian Donnelly, a.k.a. KAWS, collaborated with Hong Kong’s premier creative studio, AllRightsReserved, to bring the famous blow-up sculpture Companion into the territory for the annual Hong Kong Arts Month.

Hong Kong’s iconic Victoria Harbour is surely known for being one of the busiest water channels in Asia, and perhaps, all over the world. Hundreds of ships and ferries of all sizes cruise the waterway every day.

We could only imagine the perplexed look plastered on everyone’s faces when a gigantic inflatable sculpture is suddenly found bobbing gently in the water.

But that wasn’t just any 120 plus-foot-long flotation device which happened to make its way down into the channel. It was one of KAWS’ well-known monochrome figure creations named Companion.

KAWS was in Hong Kong last March 25 for the latest leg of his Asian tour exhibit called “KAWS: Holiday.”

Iterations of the art installation were last seen at the Chiang Kai Shek Memorial Hall in Taipei, Taiwan, and on a much later date on Seokchon Lake in Seoul, South Korea. 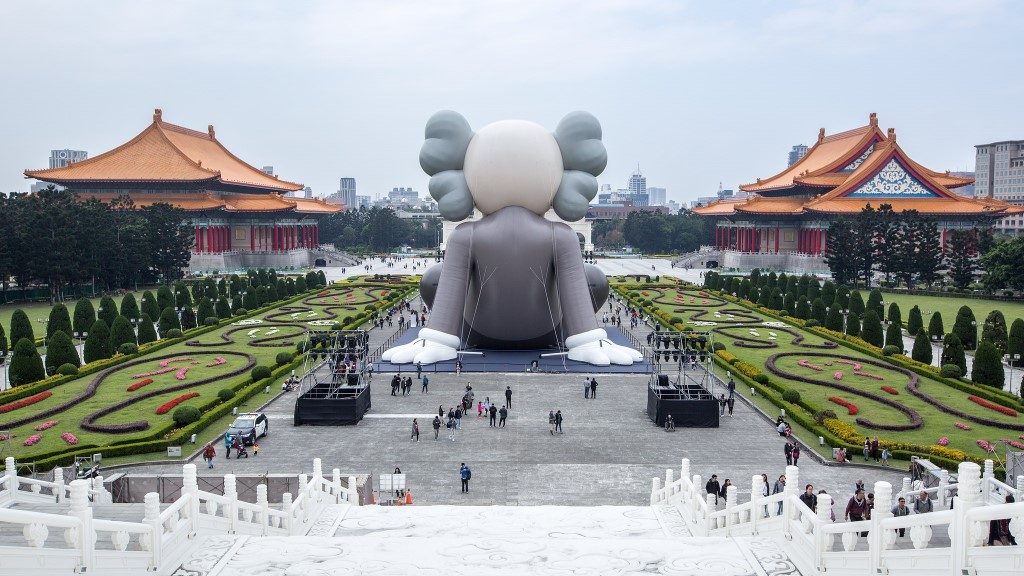 Around the same time as Companion was “exhibited” on Hong Kong harbor, another event, “KAWS: Along the Way” was held at the PMQ, a local art and culture venue.

Setting up the monumental work required a lot of effort, especially in pulling the huge sculpture all along from Tsing Yi, its starting point, to Central Harborfront.

Anyone would be forgiven if he or she thinks the object found stranded in the water resembles that of Disney’s beloved cartoon character, Mickey Mouse.

The very recognizable high-waist shorts, punctuated with two large buttons, plus the white-gloved hands? The resemblance is quite uncanny but the similarity ends there.

KAWS’ sculpture has the eyes that are formed from two X marks, which give the character that morbid, lifeless feel.

For KAWS though, Companion exudes that distinct “human sensibility,” which ultimately makes the figure “approachable” and somewhat relatable.

Companion measures close to 40 meters long and weighs more than 40 tons. But this massive weight is primarily attributed to the steel pontoon affixed to the structure. 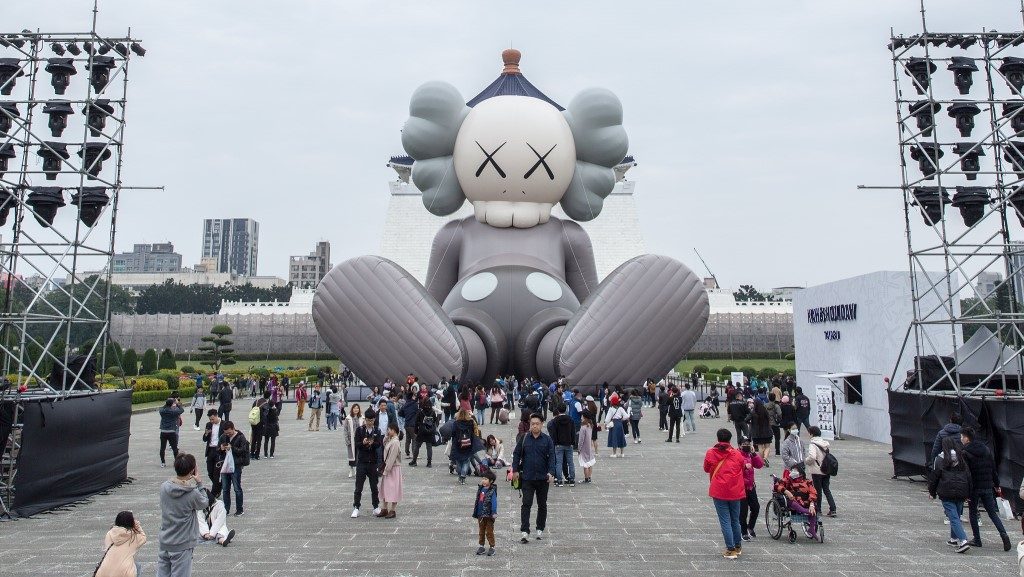 In an interview, the artist spoke about his intentions behind the art installation. He said that the essence behind his work was “really about just relaxing…”

“…taking time for yourself and just laying down and looking up,” Donnelly was quoted as saying over at CNN.

This idea couldn’t be more perfect. The last few years have made Hong Kong one of the most densely populated cities in the entire world. Estimates indicate a total population in the island reaching close to 8 million people – that’s 7,100 people per square kilometer.

For a place to be as packed as Hong Kong, you’d better expect a hectic lifestyle. Forget for one moment the delicious street foods, the long hiking trails, the beautiful beaches, the magnanimous skyscrapers, etc. – things that are often experienced by tourists, and take a closer look at the lives of the ordinary HK people.

It’s a rat race, so to speak. People wake up early to spend the rest of the day earning money to pay for the city’s high cost of living.

KAWS’ Companion is there to remind everyone in Hong Kong to take a breath, and as the cliché goes, enjoy this ride they call life.