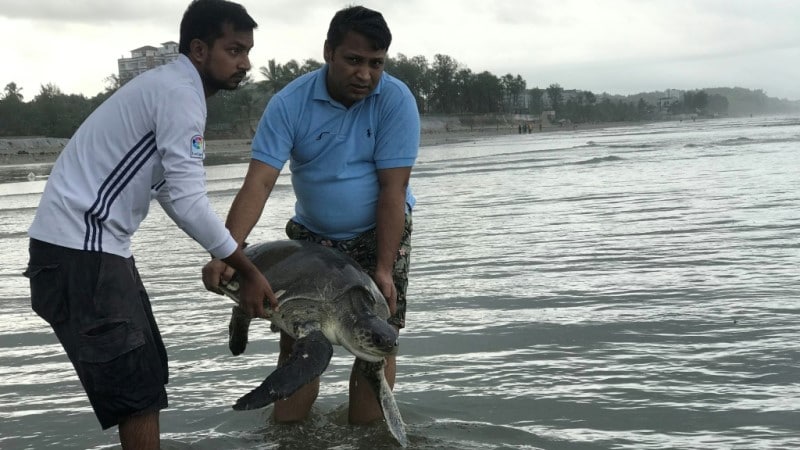 A rescued turtle is released back into the sea at Cox’s Bazar. At least 20 were killed and dozens trapped in tons of plastic waste washed ashore

At least 20 turtles were dead and dozens more were rescued Sunday after being entangled in plastic waste washed ashore on one of the world’s longest beaches in Bangladesh, officials and conservationists said.

Bangladesh’s forestry department said it was the first time such a large volume of plastic had washed onto the 120-kilometer (75-mile) beach along the Bay of Bengal. 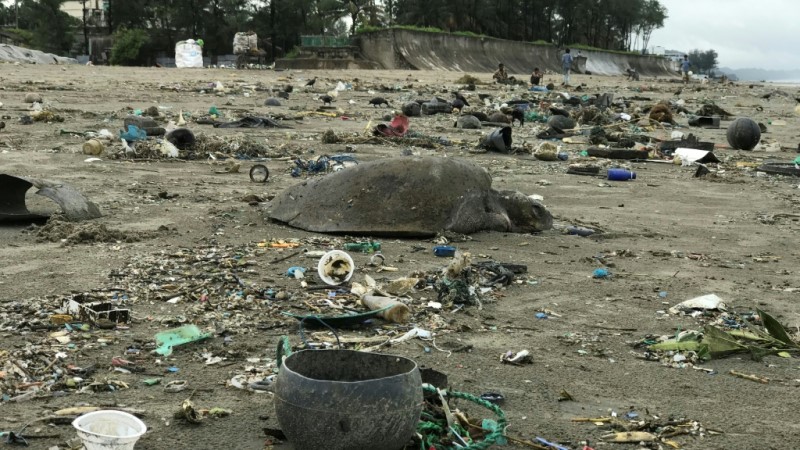 “We have buried the dead ones and are trying to release the rescued turtles back to sea.”

Beach clean-up charity Plastic Bank Bangladesh said their volunteers found and buried at least 20 Olive Ridley turtles among the estimated 50 tons of waste spread out over a 10 kilometer stretch of the beach at Cox’s Bazar.

“I haven’t seen these many dead turtles lying on the beach in my life and also haven’t seen such a massive pile of waste floating ashore,” fisherman Jashim Uddin told AFP.

Leading Bangladesh turtle and tortoise expert Shahriar Caesar Rahman of the NGO Creative Conservation Alliance said most of the turtles were at least 30 years old.

“The turtles often get trapped in gigantic waste patches floating in the sea and eventually die of suffocation. This seems to be a similar case,” he told AFP.

About 26 tons of waste produced from ships and neighboring countries float into Bay of Bengal every year, said Moazzem Hossain of local conservation charity Save the Nature Bangladesh.

“This is a unique case of plastic invasion. It sends a great danger signal to our marine biodiversity,” he said.

It was not clear how many turtles were rescued.

Olive Ridleys are the most abundant of all sea turtles around the world, according to conservationists.

But their numbers have been declining and the species is recognized as vulnerable by the IUCN Red list.

by Suzauddin RUBEL and Sam JAHAN