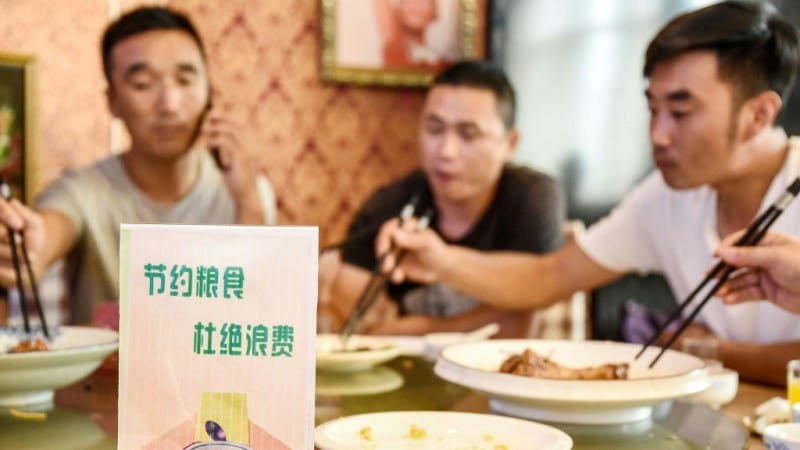 ‘Operation Empty Plate’ is aimed at encouraging diners to order only what they will eat, as part of a campaign to reduce food waste

Chinese diners are being told to order less food as part of a campaign by President Xi Jinping to tackle waste and embrace thrift.

Xi was quoted in state media this week as saying food waste is “shocking and distressing,” adding it was “necessary to maintain crisis awareness regarding food security”.

“This year’s impact of the coronavirus pandemic has further sounded the alarm for us.”

Regional catering groups responded to Xi’s call by embracing a so-called “N-1 policy” — urging groups of customers to order one dish fewer than the number of diners at a table.

A 2018 report by the Chinese Academy of Sciences claimed the average restaurant diner wasted 93 grams (3 ounces) of food every meal, contributing to the 18 million tons of food large cities throw away every year.

Public concerns over food security have increased in the wake of the coronavirus pandemic, which initially saw panic-buying and shortages in locked-down cities.

Worries have been compounded by severe floods that have devastated vast swathes of farmland in the Yangtze river delta — where around half of China’s agricultural production takes place — disrupting harvests and leading to a rise in food prices.

Popular livestreaming platforms Douyin and Kuaishou said they would shut down accounts of people who gorge themselves on excessive levels of food, sometimes until they vomit — a viral video practice known as “mukbang”.

But some social media users were dubious about the food waste drive.

“First of all we should change our national tradition of loving to keep up appearances, we always feel that ordering one dish between two people is shameful,” wrote one user on Weibo.

“This is insane,” wrote another. “In future, do I have to use half a piece of toilet paper when I use the bathroom?”