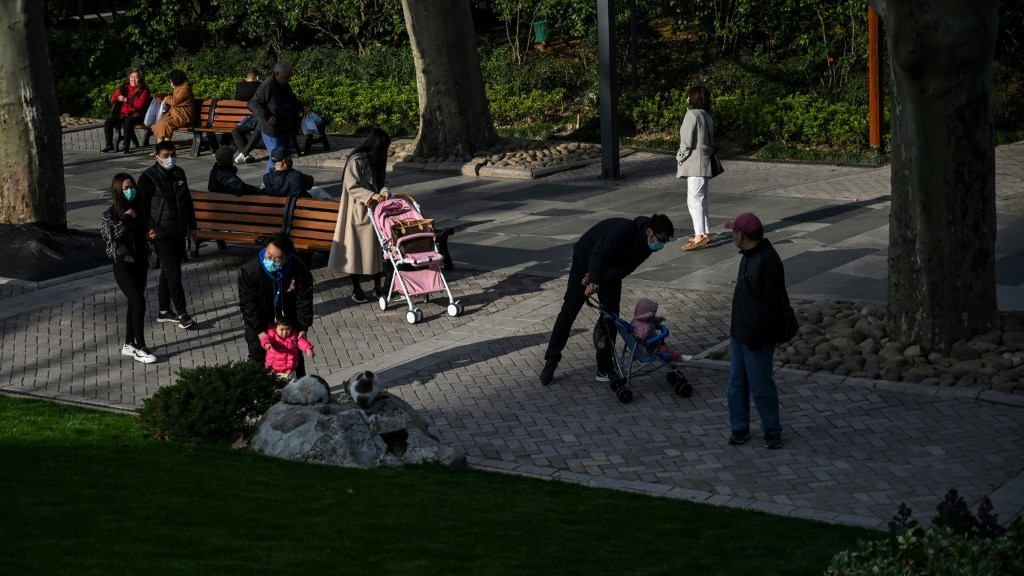 China is slowly emerging, with caution, from the shutdown sparked by the coronavirus outbreak

As the rest of the world runs for cover, China — where the virus first emerged — is moving, guardedly, in the opposite direction as domestic infections fall to nil following unprecedented lockdowns and travel restrictions.

But ordinary life is far from normal.

Masks and temperature checks are essential to enter most places and many eateries are banning diners from facing each other in a mass “social distancing” campaign — no easy task in the world’s most populous nation.

Beijing retiree Wang Huixian was among a dozen women practicing the national pastime of dancing in unison to music from portable speakers in a public park — but now with a gap of three meters (10 feet) between them. 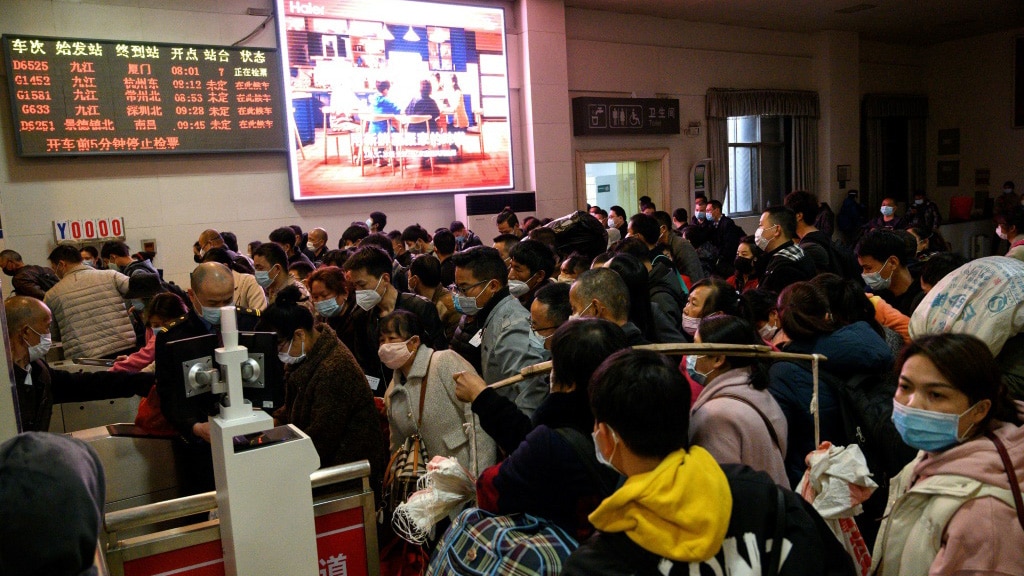 “During the epidemic, everyone was very tense and afraid. So we want to relax now,” said Wang, 57.

But she added: “Everyone is cautious and keeping a distance from each other to avoid getting infected.”

Alongside more than 3,200 deaths and over 81,000 total infections, the coronavirus outbreak has left further scars.

China, the world’s second-largest economy, was shut down for weeks, with factories silent and massive cities locked down.

The pain from that is expected to persist, with a surge in joblessness and many businesses gone bust. 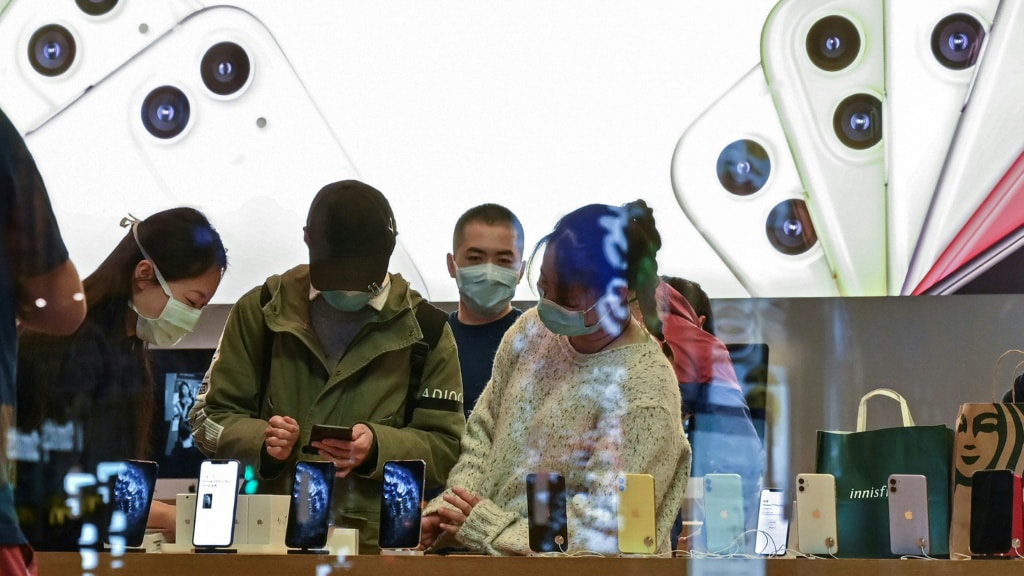 After weeks of empty streets and citizens sheltering at home for safety, Shanghai has transformed in recent days

Most of the country is now slowly lifting restrictions and people are returning to work, unlike many Western countries where governments have ordered sweeping restrictions not seen during peacetime.

Many European countries are in near-total internal lockdown, and popular tourist spots are deserted.

But after weeks of empty streets and citizens sheltering at home for safety, Shanghai has transformed in recent days.

Cafes and some tourist sites have reopened, and residents of China’s biggest city are re-emerging for tai chi in the park, or to take selfies along the riverfront under bright spring sunshine.

“I was very scared. A sense of fear persisted,” said 50-year-old Zhang Min, the owner of an office-supply company, while strolling in a Shanghai park.

“But now all is good… not like the people overseas who are engaged in panic-buying.” 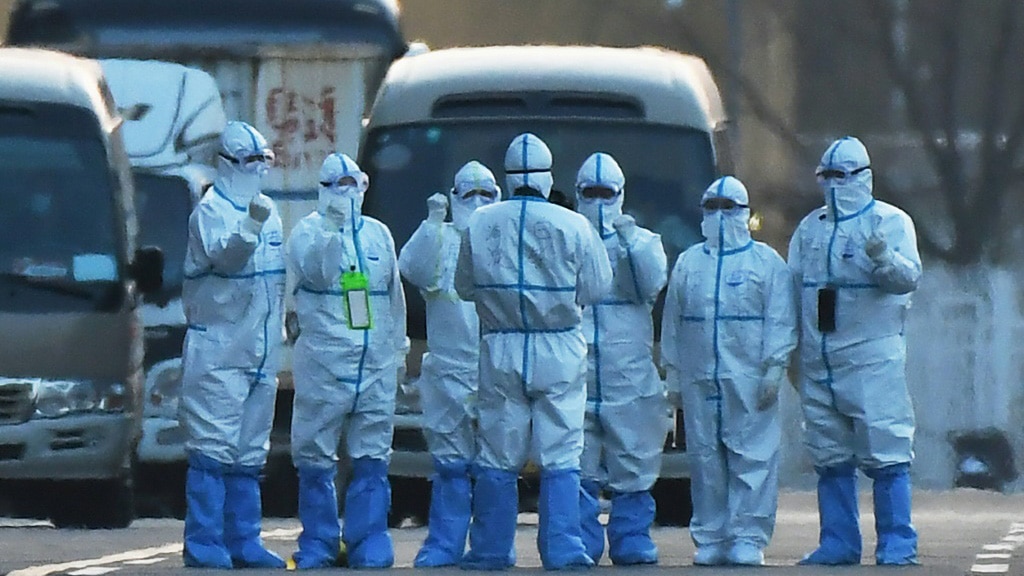 The flow of daily commuters into Shanghai’s financial district is picking up and some inter-provincial travel restrictions have eased.

However, many provinces and cities like Shanghai now require citizens to show a downloaded QR code on their mobile phone that rates them as “green”, “yellow” or “red” — based on tracking of whether they visited a high-risk zone — before entering many businesses.

“My feeling is that people with (virus) issues can’t come out, but people who can are safe, so we’re reassured,” child-care worker Lai Jinfeng, 41, said while strolling the Shanghai’s famous Bund.

People shrink from an offered handshake, many restaurants have removed half their chairs to disperse customers, and other restrictions on large gatherings remain in place.

And the now-ubiquitous face mask is being worked into cosmetics routines, with online beauty influencers instructing millions of women on applying make-up only to the upper half of the face, without staining the mask itself. 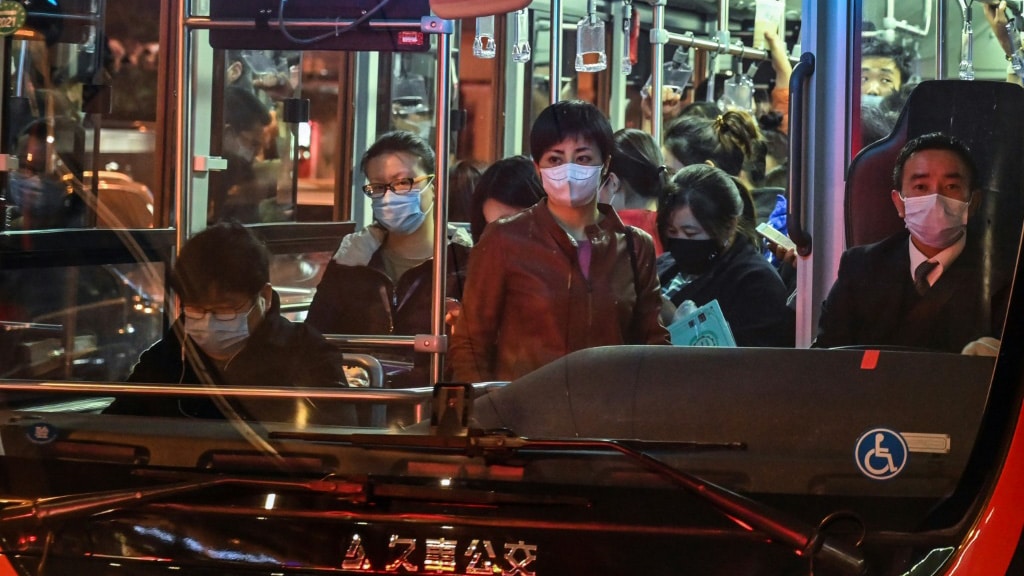 President Xi Jinping declared during a March 10 visit to the still locked-down epicenter city of Wuhan in Hubei province that China had “turned the tide,” and a top economic official said Tuesday that 90 percent of businesses outside Hubei were operating again.

But as China emerges from the worst of the virus on its soil, the costs of the pandemic will become clearer in the coming weeks and months, analysts say.

“Basically before the epidemic, last year, my business was very good, but not now,” said Cai Qizhen, 52, who runs a small cobbler’s shop in Shanghai.

“Now basically I don’t come in the morning… and I’m finished by 3 pm with nothing left to do.”

by Dan Martin, with Qian Ye
PICTURES BY HECTOR RETAMAL/afp