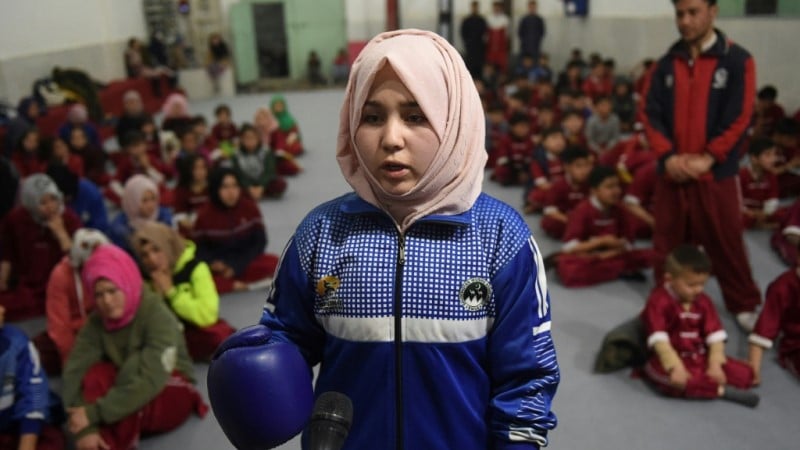 Student Syeda Qubra, whose brother was killed in a bomb blast in 2013

Hundreds of Pakistani Hazara women are learning how to deliver side kicks and elbow blows as martial arts booms within the marginalised community.

Hazaras, who are mainly Shia Muslims, have faced decades of sectarian violence in the southwestern city of Quetta, living in two separate enclaves cordoned off by checkpoints and armed guards to protect them.

Women must also contend with routine harassment from men, with groping commonplace in crowded markets or public transport.

“We can’t stop bomb blasts with karate, but with self-defense, I have learnt to feel confident,” 20-year-old Nargis Batool told AFP. 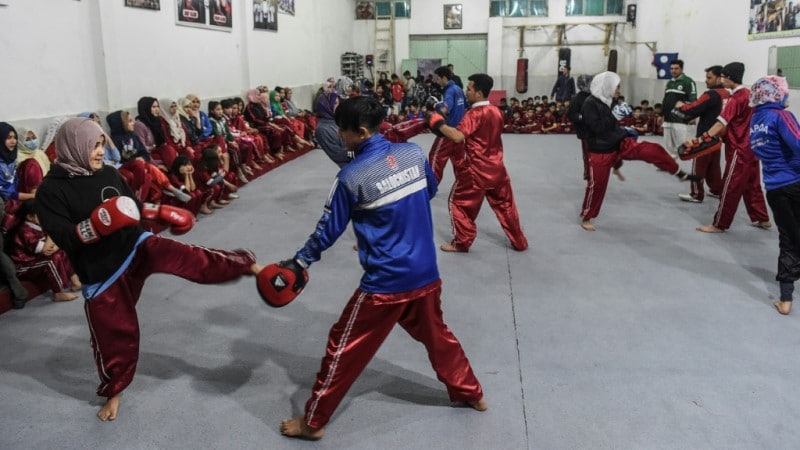 Hazara students at the Kazmi International Wushu Academy in Quetta

“Everyone here knows that I am going to the club. Nobody dares say anything to me while I am out.”

Up to 4,000 people are attending regular classes in more than 25 clubs in Balochistan province, of which Quetta is the capital, according to Ishaq Ali, head of the Balochistan Wushu Kung Fu Association, which oversees the sport.

The city’s two largest academies, which train around 250 people each, told AFP the majority of their students were young Hazara women.

Many of them go on to earn money from the sport, taking part in frequent competitions.

It is still unusual for women to play sport in deeply conservative Pakistan where families often forbid it, but martial arts teacher Fida Hussain Kazmi says exceptions are being made.

“In general, women cannot exercise in our society… but for the sake of self-defense and her family, they are being allowed.” 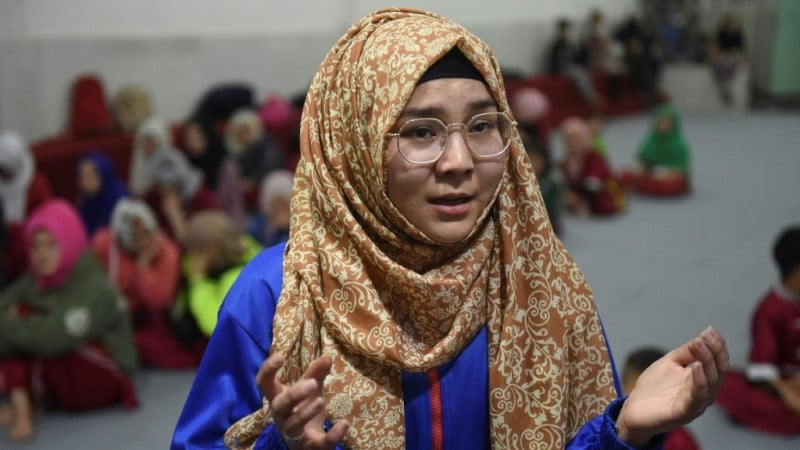 The uptake is also credited to national champions Nargis Hazara and Kulsoom Hazara, who have won medals in international competitions.

Kazmi says he has trained hundreds of women over the years, after learning the sport from a Chinese master in the eastern city of Lahore.

The 41-year-old offers two hours of training six days a week for 500 rupees ($3) but gives free classes to women who have lost a relative to militant violence. 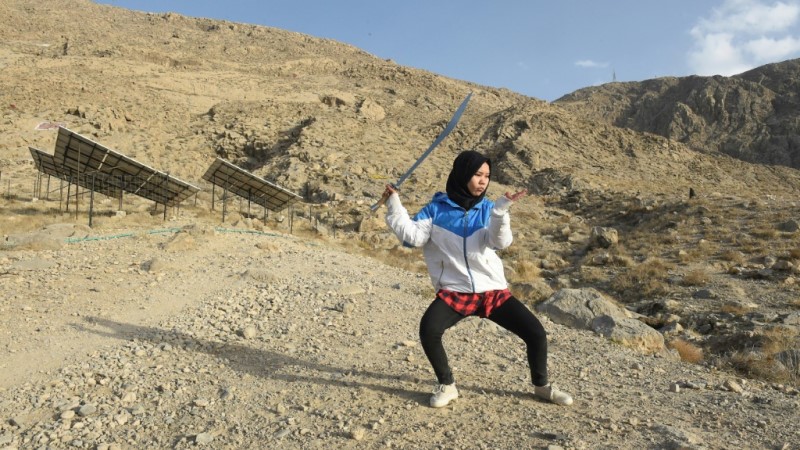 A Hazara student practises Shaolin Kung Fu during a self-defence martial arts training class, on the outskirts of Quetta

“The Hazara community is facing many problems… but with karate we can begin to feel safe,” said 18-year-old student Syeda Qubra, whose brother was killed in a bomb blast in 2013.