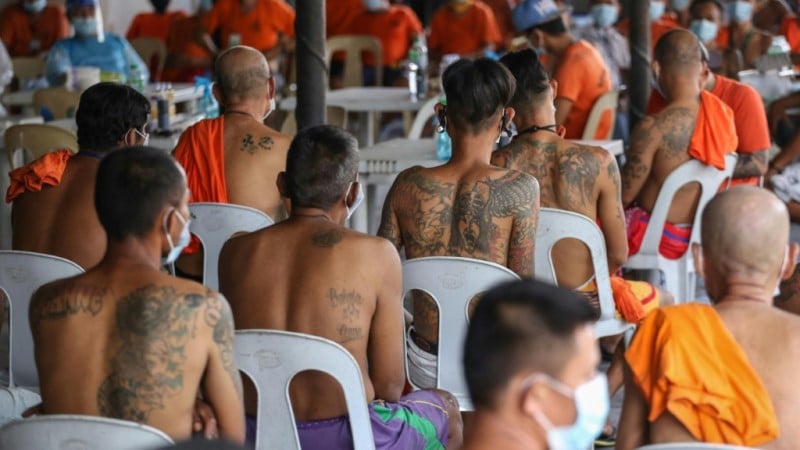 Being a member of a gang can be a lifeline to food, medicine and protection; one expert says gangs also function as family for prisoners whose loved ones no longer visit

Heavily tattooed Philippine prisoners wince in pain as fellow inmates use improvised tattooing machines to cover up gang symbols — an effort to reduce jail violence that sceptics say is only skin-deep.

Deadly clashes between rival clans are common in the country’s notoriously overcrowded and under-resourced jails, where belonging to a gang can be a lifeline to food, medicine and protection.

Conditions inside prisons have worsened under President Rodrigo Duterte, whose anti-narcotics crackdown has sent thousands of people to jails already several times over their capacity.

Prisoners who join a gang get inked inside their congested cells, leaving them with a distinctive design signalling their solidarity. 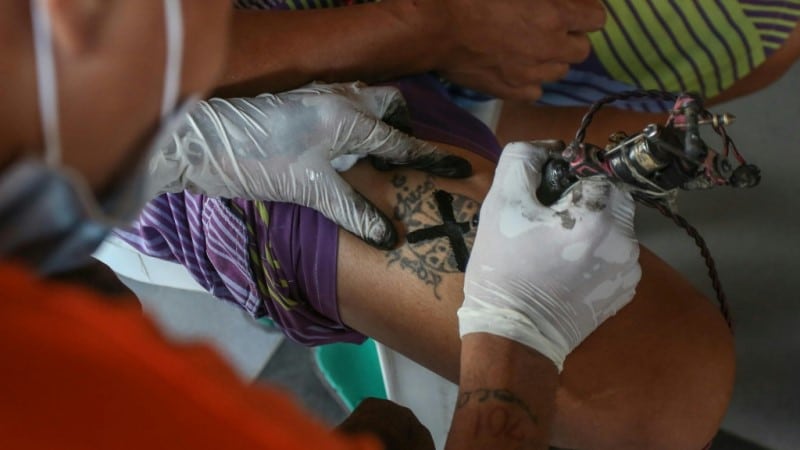 Philippine prisoners are having their gang tattoos covered over, in a move authorities hope will reduce jail violence by weakening solidarity between members

Authorities hope that defacing these markings will stop inmates from being dragged into cellblock wars and strip them of loyalty to a particular group, making it harder for leaders to mobilise their network of followers to riot or trade in drugs.

“When inmates belong to a group or a gang, they have a sense of security,” said Gabriel Chaclag, spokesman for the Bureau of Corrections, who insisted the programme that started in October was voluntary.

“But on the other hand, if you joined a gang that does bad things, you will also be a target of their rival gang.”

At Manila’s New Bilibid Prison — the country’s largest, with more than 28,000 inmates squeezed into a complex designed for about 6,000 — the vast majority of prisoners belong to a gang.

A sound like a dentist’s drill can be heard as the five amateur tattooists use confiscated devices to destroy what may have been their own original handiwork.

“Before, you had to help your fellow gang member when they were in a fight but not anymore,” said Mark, a convicted murderer, whose real name could not be used.

He joined the Batang Mindanao (Children of Mindanao) gang when he entered the prison this year.

“Now it’s just brotherhood, we are all brothers,” he added, after the gang tattoo on his back was covered.

Another prisoner told AFP conditions would “certainly be better” with the defacing of gang tattoos. 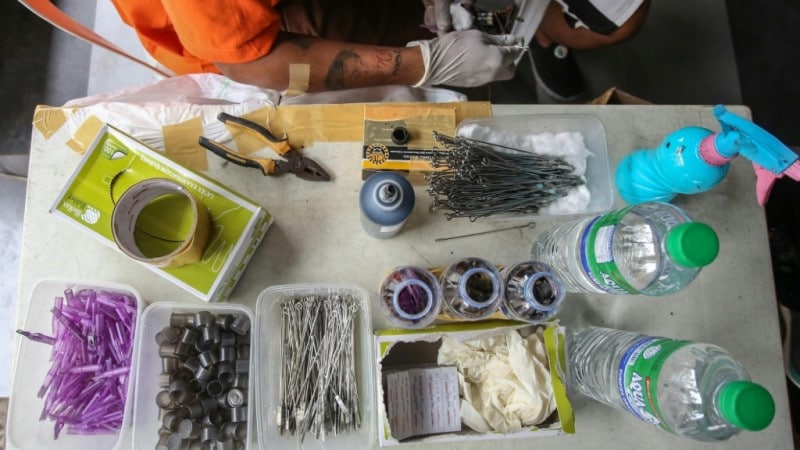 At New Bilibid Prison in Manila, which holds almost five times the population it was designed for, the vast majority of prisoners belong to a gang

Authorities acknowledge the program will not put an immediate stop to the violence. Previous efforts to reduce clashes, such as peace pacts between gangs, have had a limited impact.

Recent fights at Bilibid have left at least 13 inmates dead and scores wounded after warring gangs attacked each other inside the jail.

“You cannot eradicate it overnight. You cannot change (gang) culture overnight, so we do it slowly and gradually,” said Chaclag.

Lex Ledesma, a psychologist and author of the book “Finding Freedom Inside: Survival Stories of Growth and Rebirth” about prisoners in Bilibid, said dismantling the gang structure would take more than just covering up tattoos.

He said gangs filled the void left by the government’s inadequate provision of basic services inside the jails. 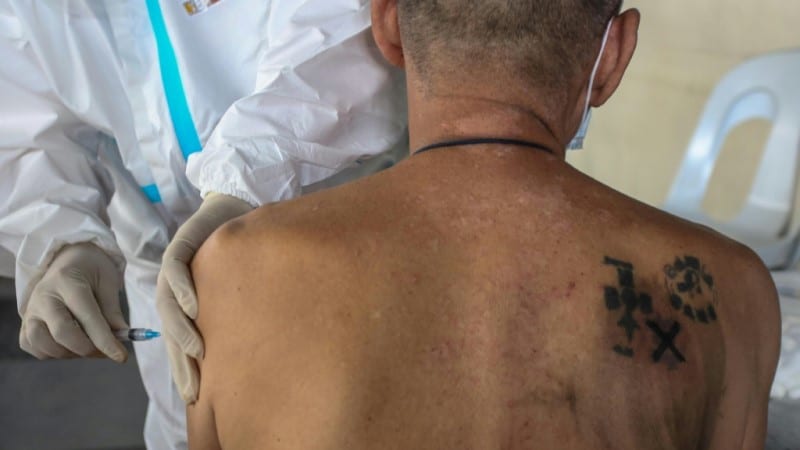 They also provided social support for inmates who have not been visited by their loved ones for years.

“Gangs serve as the only family of forgotten inmates inside the prison, they are the only ones that take care of them,” said Ledesma, who has been involved in a peer-support programme at Bilibid for 10 years.

Ledesma warned that gangs would persist unless the situation improved.

“The bigger problem is that there is really no intention to rehabilitate, even before the time of Duterte,” he said.