Japanese Tattoos: Revered Outside of Home, Hated Within 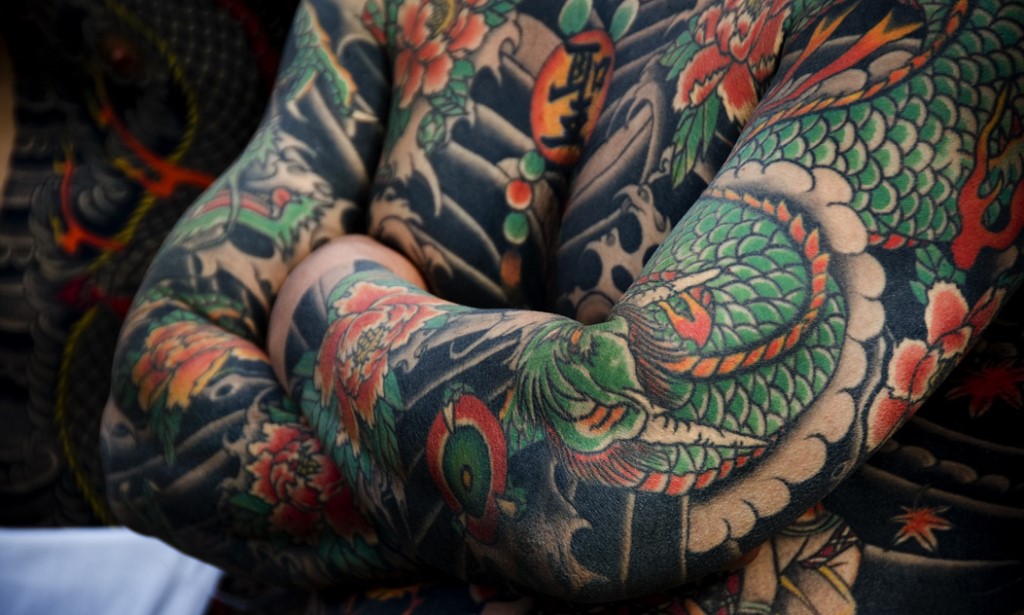 If you wanna talk about shaky relationships, Japan and tattoos are right up there in that category. Japan is known to have a very contentious output about tattoos due to its unlawful origin in the country. Getting inked was a norm for people who were in the yakuza and it is still currently linked to that in the subconscious minds of people today. It is so frowned upon that tattooed individuals (including foreigners) must refrain from displaying their ink in public. How unfortunate during the summer time.

Public opinion is getting better but it will be a slow ride. Because of their association with criminals, tattoos have had this stigma for centuries. Rest assured, it will take a lot of time and awareness for the current consensus to reform. Historical stains aside, Japanese tattoos have impacted the world with their raw beauty and sentiment. The West has shown great interest in the technique going as far as to travel all the way to Japan just for the authentic experience. It is a shame they will be unable to proudly unveil their ink in Japan, but I guess that’s part of the authentic experience too.

Art Form in the Gray Zone: The Origin of Irezumi

Irezumi, which directly translates to ‘inserting skin under ink’ is the Japanese word for tattoos. It originated in 10,000 BC when ancient artifacts depicted people with intersecting lines etched on to their skin. Initially done for spirituality and status, the purpose drifted to the branding of criminals. In Hiroshima, convicts would have lines tattooed on their foreheads that translate to ‘dog’.  Tattoos would also be done to other body parts depending on the crime. Additionally, tattoos would be used to identify various tribes. 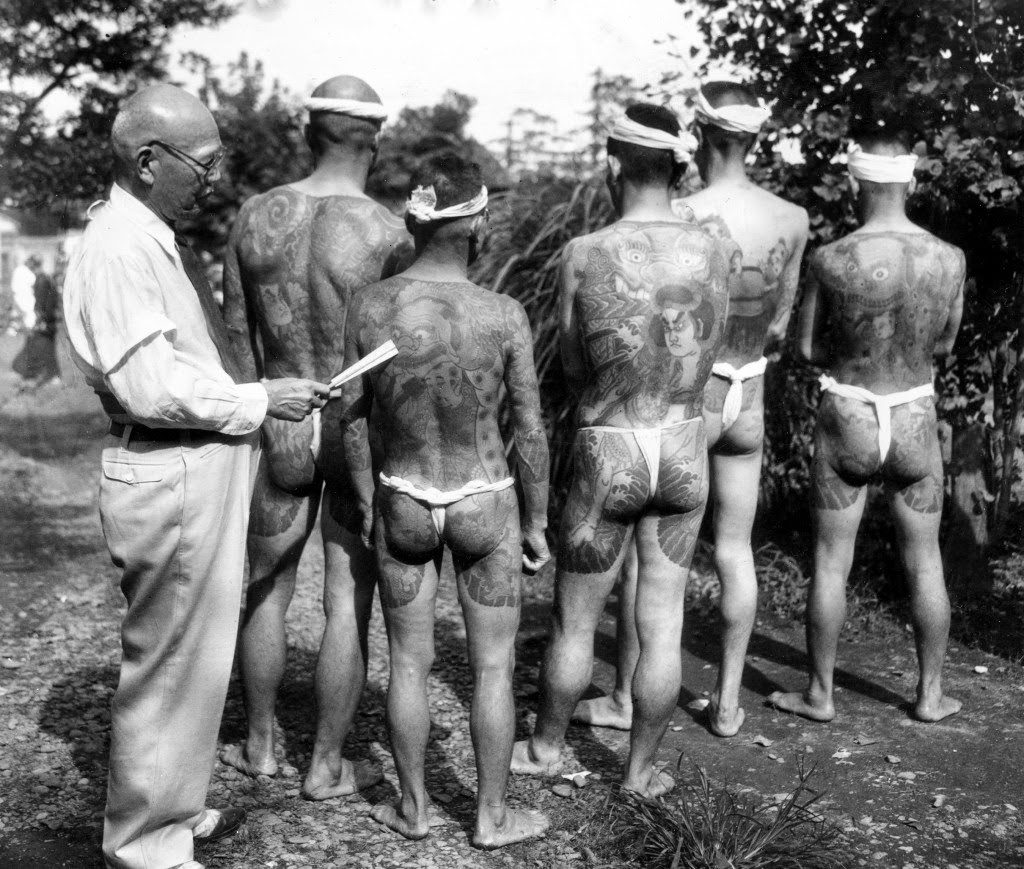 Only men would have Irezumi, leading it to become a masculine feature. Once you are branded as a criminal, it is impossible to change it. When these men walk the streets, they receive judgment and ostracization that criminals apparently deserve, doomed to live a life of rejection forever. 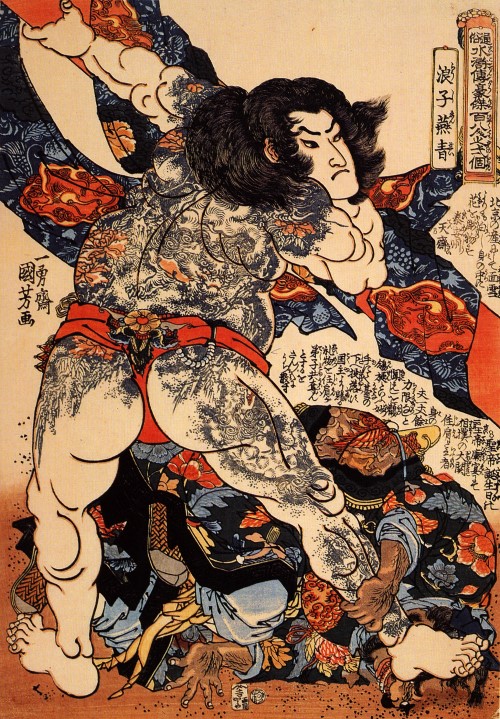 There was a time in the early 1800s that Irezumi took on a whole new interpretation. A novel called Shuihu Zhuan was translated to Japanese and reached the media. The novel showed heroic warriors with tattoos on their skin displaying colorful outlines of ferocious animals, flowery images and mythical creatures. It touched the public, but it was not enough to erase the people’s negative perceptions. Irezumi was shortly banned in the country in order to deny the West of perceiving Japan as a primitive nation. The ban was later lifted in 1948 but the social stigma still remains. To this day, some bathhouses do not grant entrance to people with tattoos.

The Beauty in Struggle: The Meaning and Influence of Irezumi

People from America and Europe would be so entranced by the allure of Irezumi that they would travel to Japan because there was nothing else like it back home. Irezumi’s popular designs include floral visuals, lotuses, koi fishes and demons and deities. Lotuses symbolize growth in the face of harsh realities. Koi fishes symbolize wisdom and loyalty. Everything etched onto the skin was never only for the sake of visual appeal. Every line and crevice paints a picture of truth and emotion. Swirls of red, blue, green and black— it is a contrasted fantasy put to life.

Some Japanese tattoo artists choose not to apply anesthetics in order for the clients to really endure the pain. They believe that the pain is part of the process and validation to one’s dedication to the artwork. It is all part of the experience.

The art and the skill are so loved by outsiders that the outpour of appreciation has impacted society in Japan by helping them regard irezumi in a different light, never failing to save it from extinction. It was General Douglas Macarthur that persuaded authorities to lift its prior ban on the country as he too witnessed its undeniable appeal. Today, the younger generation does not share the same views as its predecessors and perceives irezumi as a positive and empowering activity. Hopefully, the rest of the population follows suit.

Japan’s most famous irezumi artist is Yoshihito Nakano, famously known as Horiyoshi III. He specializes in full-body, traditional tattoos that embody Japan’s history and culture by heart. He is regarded as a irezumi legend as he inks with the purpose to represent Japan in its full form in strokes of reverie. His method is tebori meaning ‘carved by hand’. It is an ancient method using a queue of steel needles.

Irezumi might be a touchy subject in Japan, and can we blame them with that historical rollercoaster? But is it not better to embrace beauty when it’s around you? Especially when it’s a unique and admirable experience sought after by all. Art must be celebrated in all its forms and transitions. There is no rainbow without a little rain.