Philippines: A Case of Hunger in a Country with Rich Land and Farmers 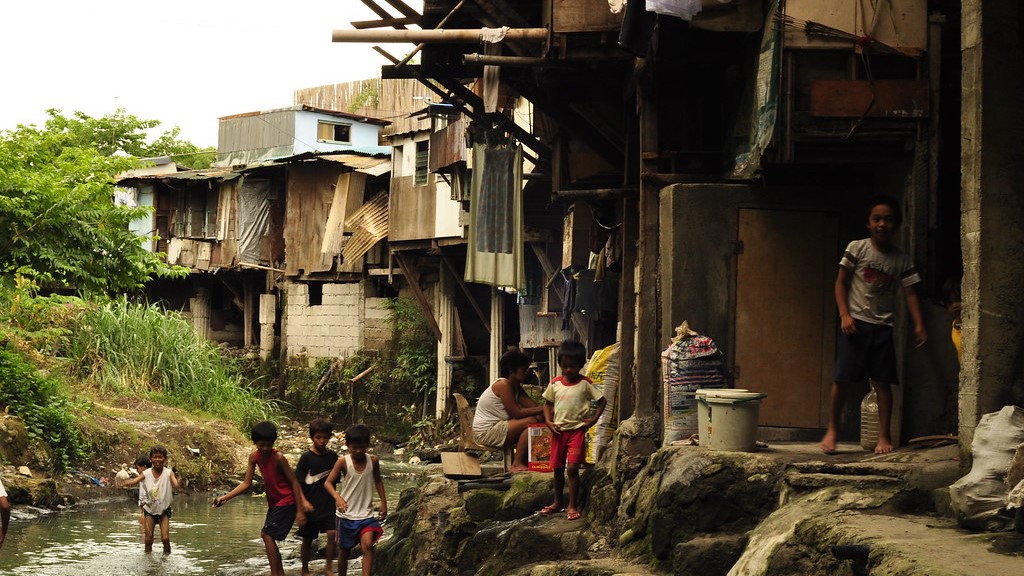 Why are some Filipinos starving and eating recycled meat?

The most pressing question perhaps, is not “why is the Philippines suffering from food insecurity?” but rather, “why this country, of all places?”

After all, the Philippines has no shortage of land to till and plant rice, the country’s staple food. Premier universities like the Central Luzon State University in Nueva Ecija and the University of the Philippines – Los Baños in Laguna are producing agricultural science graduates left and right. There are no shortages of qualified (and sometimes even over-qualified) people who are doing research on how to best produce more food for the country’s growing population. The Philippines is comprised of a small but growing middle class concentrated in the cities, but mostly peasant families or obreros who have tilled the land for generations. There are no shortages of farmers who are willing to work the land and grow food; this much can be said in any province, from Luzon to Mindanao. The country is rich in land, resources, but ultimately, it is starving – and it has been starving for years now. This is probably one of the biggest ironies of all. 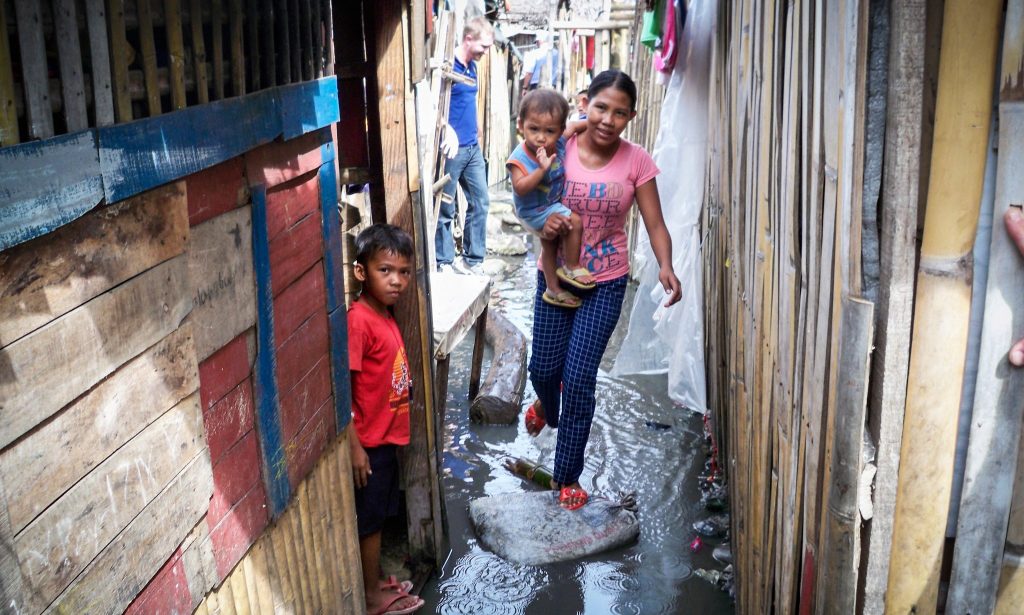 Recently, the PH government was seen grappling with the idea of importing much larger quantities of cheaper rice from Vietnam and other countries to make up for the slack in production and the soaring prices of rice in local markets. As rice prices edge dangerously to the $2 mark per kilogram, Vietnam is offering long-grained rice and other varieties of rice that can also be grown in the Philippines for a fraction of that price –and at quantities that can easily appease the grumbling guts of hungry Filipinos. Between sixty pesos per kilogram and twenty-eight pesos per kilogram, the market will shift immediately to cheaper Vietnam rice. Because in a country with heightened inflation and a consistent unemployment rate, access to cheap rice means survival, plain and simple.

However, what is unsaid is that the move to focus on rice importation will spell the eventual death of local rice farmers, as they struggle to make ends meet every single growing season. The rice tarrification bill, which has recently been signed into law by President Duterte, will now force debt-addled local rice farmers to compete with clean, milled rice that is ready for market. And they won’t be able to do it. This unfair intervention on the side of the government does not address the fact that the country’s agricultural sector is underdeveloped, lacks support and funding, and will likely perish from the decision to simply import rice instead of growing it directly in the country at quantities that will be sufficient for everyone. 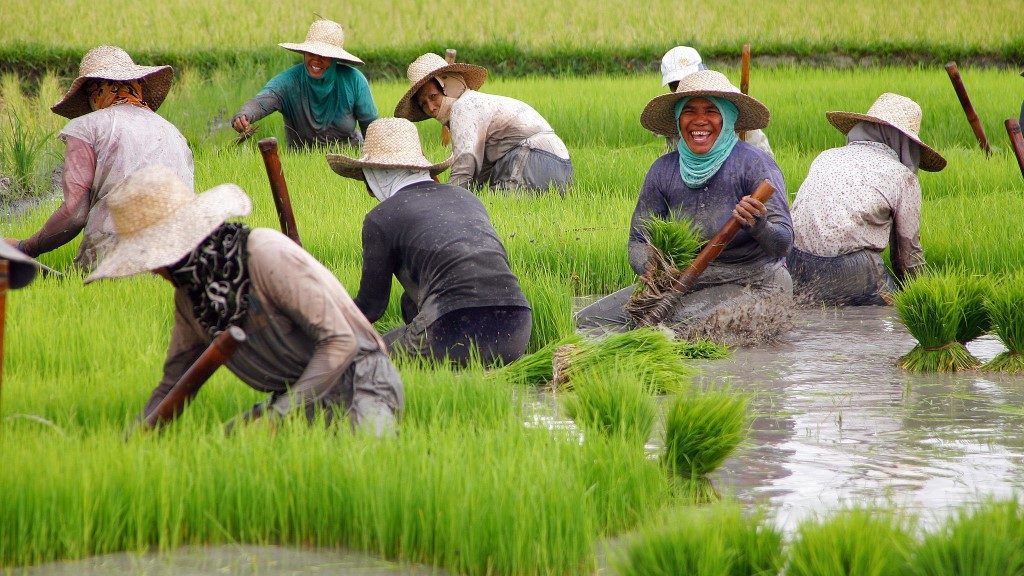 How bad is food insecurity in the country? The rice issue is just one part of the problem. The problem has a multitude of aspects.

According to the Global Food Security Index, the Philippines’ food security index has risen slightly with a score of 47.3, which places the country at rank 79, globally. Despite the improvement, the PH remains at the lower half of the global index. According to the GFSI report, there are two major stumbling blocks to achieving better food security – first is lack of agricultural research and development and second is corruption. Corruption in the country is systemic and exists in all levels. When you combine the existing corruption with a large yet underdevelopment agricultural sector here’s what you’ll get – food insecurity. The government’s current measure to address the rising cost of rice is to import an additional 750,000 metric tons of rice. As I have previously pointed out, this is largely a band-aid solution, as it does not address the lack of support of local farmers who are equally capable of producing the said amount of rice using the country’s own arable land. 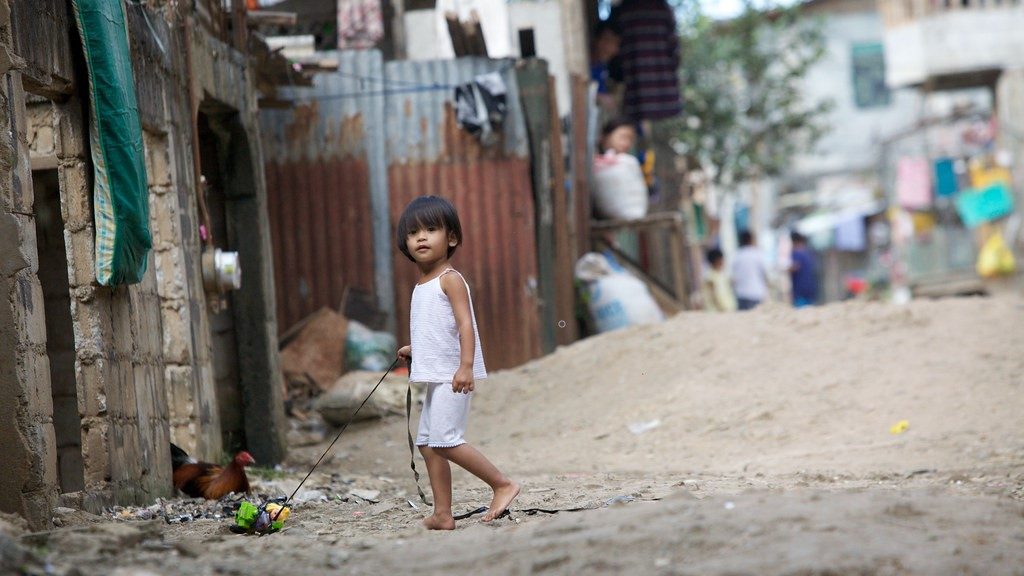 The PH government’s ironic dependence on the private sector to solve problems of a national scale is proof of its chronic ineptness as a central governing body. For how can you be a dependable government when you cast aside your public function and simply allow the unregulated free market to have its way with the people? The ineptness is inexcusable, bordering on evil, and simply has no place in a world where agricultural technologies have already reached their heights in places like Thailand, Vietnam, Japan, and South Korea. Let us bear in mind that many of the agricultural researchers and scientists in these countries have actually studied under the tutelage of Filipino institutions. That the country is mentoring the brightest from other countries but fails to develop its own agricultural sector is unbearably painful to everyone involved, but most especially to the farmers who have no other means of livelihood but to cultivate staples for Filipinos.

A Case in Point: Pagpag

A country that is vulnerable because it is food insecure will have a weakened population, and vulnerable segments within the national population, who, year by year, will continue to suffer the effects of not having proper access to cheap, nutritious food. The Philippine Statistics Authority pegs 21.6% of the population as living within the poverty threshold line. So in the context of the Philippines, ‘cheap’ is a positive thing. To have access to cheap food means it’s possible to survive for another 24 hours. To be this poor in this global economy sounds tough right? But with so many people who have to contend with this economy and having almost no income, how are these Filipinos surviving?

If we mean survival through any means possible, the Philippine urban and rural poor have devised ways to outlast the most extreme of scarcities, and one of these methods is consuming the infamous “pagpag.”

“Pagpag” refers to recycled meat, taken directly from dumps, trucks and collection points scattered throughout cities, especially in the NCR. The word “pagpag” is actually a Filipino word that means “to shake off” or “doff,” as in doffing away dirt off of something. The name probably comes from the fact that scavengers shake off worms and other contaminants from the meat they collect from garbage tips before placing them in plastic bags.

When eating pagpag became acceptable to the urban poor, nobody remembers anymore. But the phenomenon of regularly consuming recycled meat taken directly from garbage tips of restaurants and middle-class subdivisions has been around for at least two decades. “Pagpag” has become ubiquitous in the National Capital Region (NCR), where pagpag is sold either ‘unprocessed’ (meaning, it has simply been washed, but not dressed or cooked) or warmed and seasoned by enterprising souls who specialize in selling ‘cooked’ pagpag.

Currently, there are several NGOs that are working with other groups and the local government to address food shortages and other challenges to getting nutritious food to every Filipino “hapag” or dinner table. One of these NGOs is the World Food Programme which primarily provides feeding programs to schools in conflict-ridden areas of Mindanao, and also provides food aid during periods of natural calamities. The Food and Agricultural Organization of the United Nations (FAO) is also working closely with several government bureaus and educational institutions to help build sustainable food production programs and to help monitor the worsening food insecurity in the country.

The story of recycled meat

The ‘recycling’ process of discarded or refuse meat isn’t sophisticated or bathed in the light of astonishing and brilliant science. The processing begins at different points throughout a city where pagpag is ubiquitous. Men, women, and children from the urban poor scavenge garbage tips and ‘meet’ garbage trucks on midnight duty for the opportunity to open bags and accumulated refuse piles in search for usable meat.

Chicken, pork, fish – all are fair game. But the most popular and plentiful type of meat are the discarded meats from fast-food joints like Jollibee, McDonald’s, KFC, and all these other national food chains. The garbage from these food chains will normally provide a decent amount of waste meat, especially fried chicken. Refuse meat is mixed – burnt or bad meat from the restaurant kitchens and leftover food from the tables of consumers. These are all collected by the scavengers and placed in flimsy plastic bags for sale later.

When the supply of recyclable meat has been exhausted, the scavengers head back to their hovels which are usually situated in informal settlements under bridges, near train tracks, and right beside the walls of middle-class subdivisions and housing projects.

The refuse meat is then sorted: the almost ‘clean’ meat which is dry (or has not been submerged in the mixed water collected at the bottom of garbage piles) is considered premium meat, while the ‘wet’ and contaminated meats are separated are sold more cheaply. Families that collect pagpag also consume it, with the mothers knowing exactly what to do to make the meat more palatable and ‘less dangerous’ to consume (according to them only). The refuse meat is often washed repeatedly with plain water before being packaged for the final time.

Much of this meat will find its way to hole in the wall eateries at informal settlements, where pagpag cooks will refashion the meat to different kinds of familiar Filipino dishes like adobo, menudo, afritada, and the like. Each plate of pagpag meat sells for ten pesos, or $0.1. Pagpag meat may also be hawked at nearby wet markets, where a plastic bag can cost anywhere from 25 pesos to 30 pesos, depending on the quality of the pagpag, and how much meat is still on the bones. Some families choose to buy their own unprocessed pagpag and cook it themselves at home.

Pagpag is a blockbuster dish wherever it is sold. People line up and consume pagpag sometimes three times a day, and people who have it daily have no issues with the fact that the meat was sourced from garbage tips.

To them, the source of the meat is a minor matter. What really matters is they, along with everyone else in their communities, have something to warm their starving bellies.