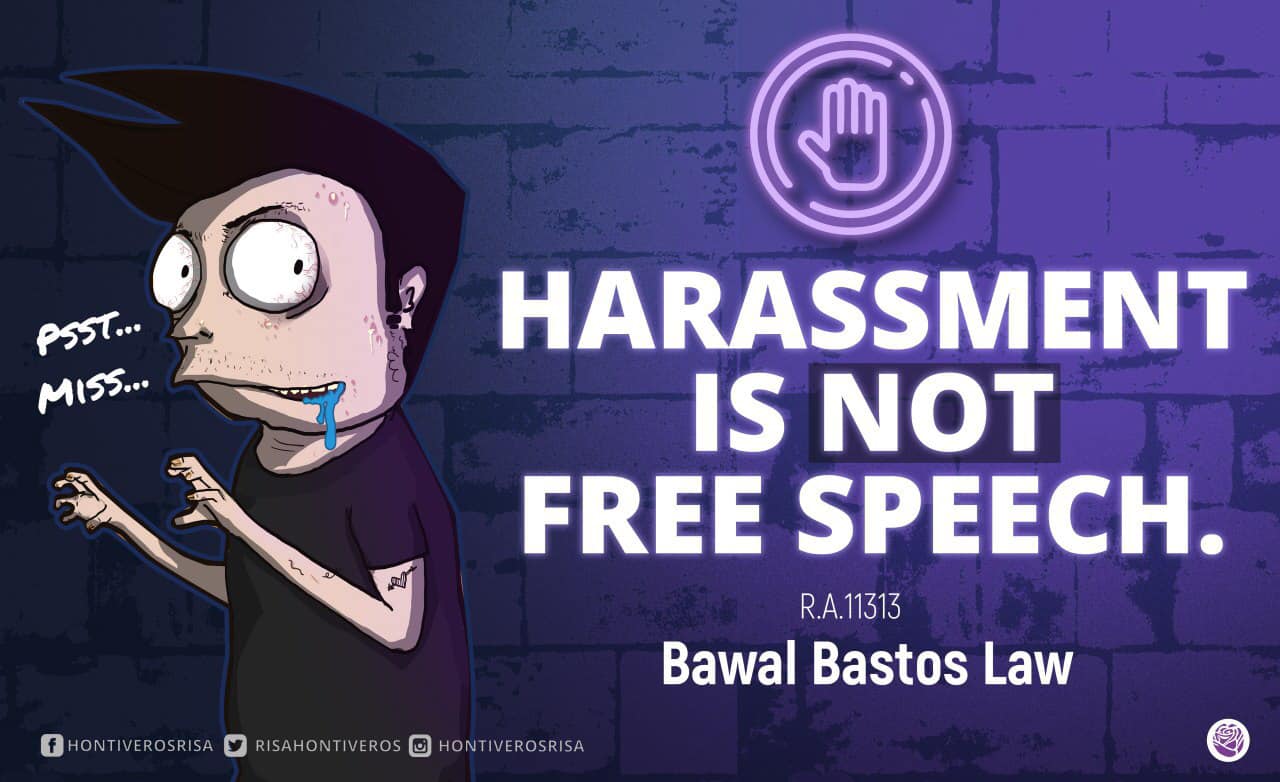 President Rodrigo Duterte has signed the anti-Bastos bill into law, which aims to punish acts of sexism such as catcalling

Patricia roams the streets of Davao City, Philippines at night to go home from work. For the last couple of years, she has been bringing pepper spray to defend herself from harassers on the street.

“The law is such as blessing because although I still have to be wary, it calms me more now that these catcallers can now be punished by the law. It makes me feel more protected,” she said.

President Duterte recently signed the anti-Bastos bill authored by Senator Risa Hontiveros last April 17. This law was released to the public on July 15, bringing much joy to people of all gender and social standing. 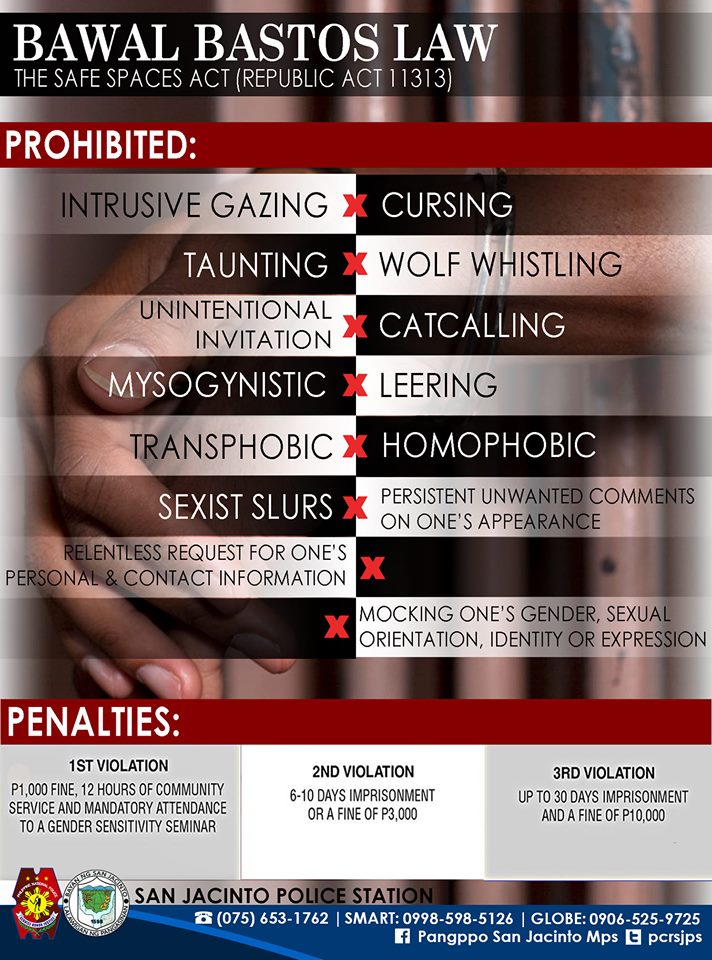 The Safe Streets and Public Spaces Act, or the Republic Act 11313 aims to eradicate gender-based sexual harassment which takes place not only in the streets, but also in workplaces, training and educational institutions, and public spaces.

The law covers crimes that are  “committed through any unwanted and uninvited sexual actions or remarks against any person regardless of the motive for committing such action or remarks,” like catcalling, taunting, leering and intrusive gazing, cursing, and wolf-whistling.

In addition, the law is also set to punish sexist slurs against people of all genders and sexual orientations, persistent comments on someone’s appearance, relentless requests for personal details which includes name, number, and social media account, and the use of actions, gestures and words that ridicule people on the basis of sexual orientation or identity.

Request of Commission of Human Rights

Now that the law has been signed, CHR is requesting everyone to follow it, most especially the country’s president himself.

The office stated that it hopes that the President’s signature also reflects his sincerity to follow the new law.

Commission on Human Rights Center for General Equality and Women’s Human Rights Head Twyla Rubin stated that as the chief of the country, he is the first one that should obey the new policy. It remains to be seen how he’s going to act after but the CHR, along with the women’s groups will keep a strict eye on his actions.