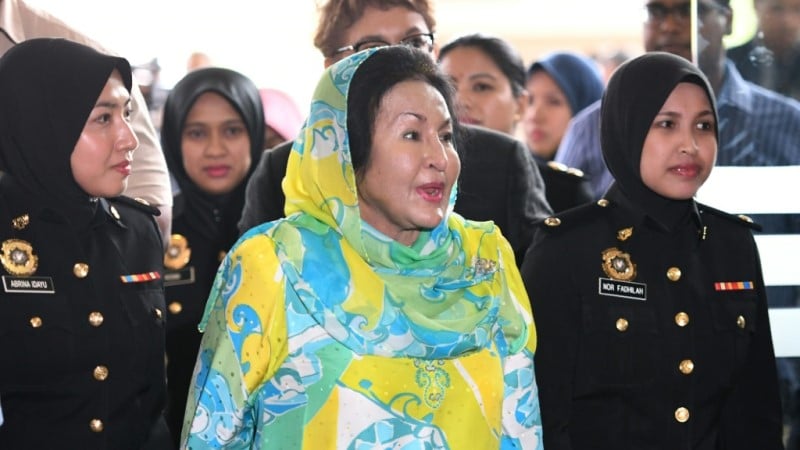 Rosmah Mansor became a lightning rod for public anger during the rule of her husband, prime minister Najib Razak, who was accused of plundering state coffers

Rosmah Mansor became a lightning rod for public anger during the rule of her husband, prime minister Najib Razak, who was accused of plundering state coffers.

She was notorious for her spendthrift ways and, following Najib’s shock election defeat in 2018, the couple were both hit with graft charges and put on trial.

In raids on properties linked to the pair, police seized more than 500 top-range handbags and over 12,000 pieces of jewelry allegedly purchased using stolen public money. The items were estimated to be worth more than $270 million.

But Najib’s lawyer Muhammad Shafee Abdullah said police had subsequently written exhibit numbers on the bags with permanent marker and “showed absolutely no respect for the goods”. 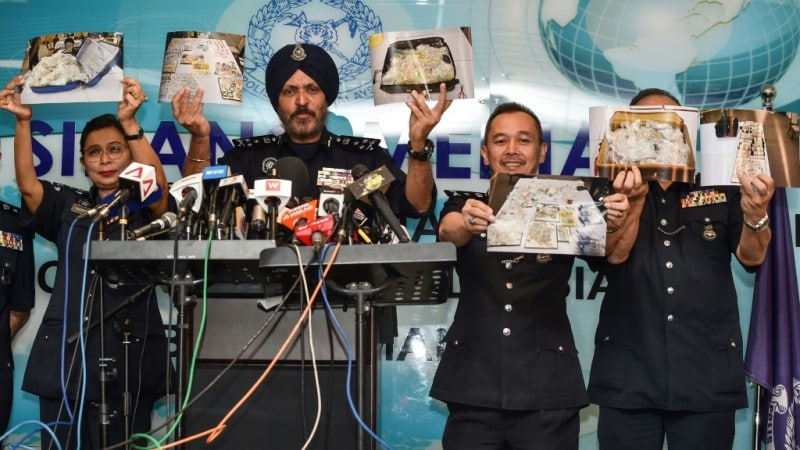 Malaysian police hold up pictures of jewelry and other items seized in raids on properties linked to the former first couple. The items were estimated to be worth more than $270 million

Officials had been “careless about the way they handled the precious exhibits” and may have caused millions of dollars in damage, he told a Kuala Lumpur court at a hearing in one of Najib’s trials.

“Now the government should be responsible to pay for the damage or replace the products.”

The couple noticed the damage during a recent inspection of the items, held in a vault at Malaysia‘s central bank, which was permitted for Najib to prepare his defense.

But there was little sympathy among Malaysians for a woman who came to symbolize the rot in the country’s ruling elite during Najib’s time in power.

“Ma’am will be so devastated,” commented one Twitter user, while another social media user praised police for doing a “good job”.