Pollution App Returns to Vietnam After Positive Support from Locals

A leading pollution-monitoring app returned to Apple and Google Play stores in Vietnam on Wednesday, days after it was removed having been bombarded with negative comments online.

The Swiss-based company AirVisual said this week it was the target of a “coordinated campaign” of abuse after publishing data showing several days of “unhealthy” pollution levels in Hanoi.

The data prompted a blitz of negative comments on AirVisual’s app and Facebook pages from Vietnamese users accusing the company of publishing misleading data to sell its products.

The app and AirVisual’s Facebook page were taken down, but the company said Wednesday the service was back up in the country after its pages were flooded with positive messages from Vietnamese users instead.

The support showed the “strength and resolve of the community in Vietnam to raise awareness about the environment and tackle the air pollution problem”, the company said in a statement.

“Efforts to suppress open and free air pollution data, rather than address the emission sources… have created the problem,” it added.

“Great app! Thank you for your contribution to the world community for awareness of air pollution issues,” said Tam Dam on AirVisual’s Vietnam Facebook page.

Like much of Southeast Asia, Vietnam’s major cities have been plagued with smog in recent years linked to the rapid rise of coal-heavy industries, agricultural burning and vehicle emissions.

Last week the capital city’s air quality index reached above 150 — the threshold for “unhealthy” for several days in a row, prompting the government to warn vulnerable groups to stay inside.

AirVisual is one of the most widely relied on pollution monitors in the country, and also sells purifiers, monitors and face masks.

Vietnamese social media had gone into overdrive over the weekend after an influential teacher took to Facebook questioning AirVisual’s data in a post that quickly went viral.

He accused the company of publishing pollution data in order to sell its equipment, sparking thousands of negative reviews and comments on AirVisual’s Vietnam pages.

The teacher, Vu Khac Ngoc, later apologised on his Facebook page and said he hoped the app would soon return. 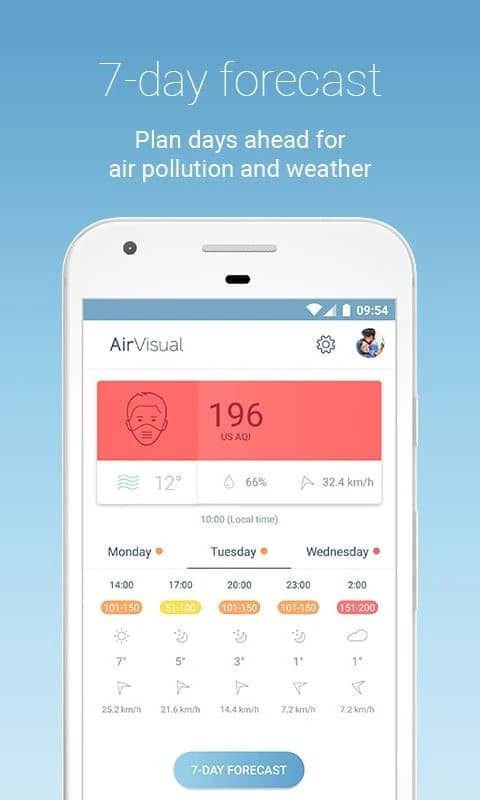