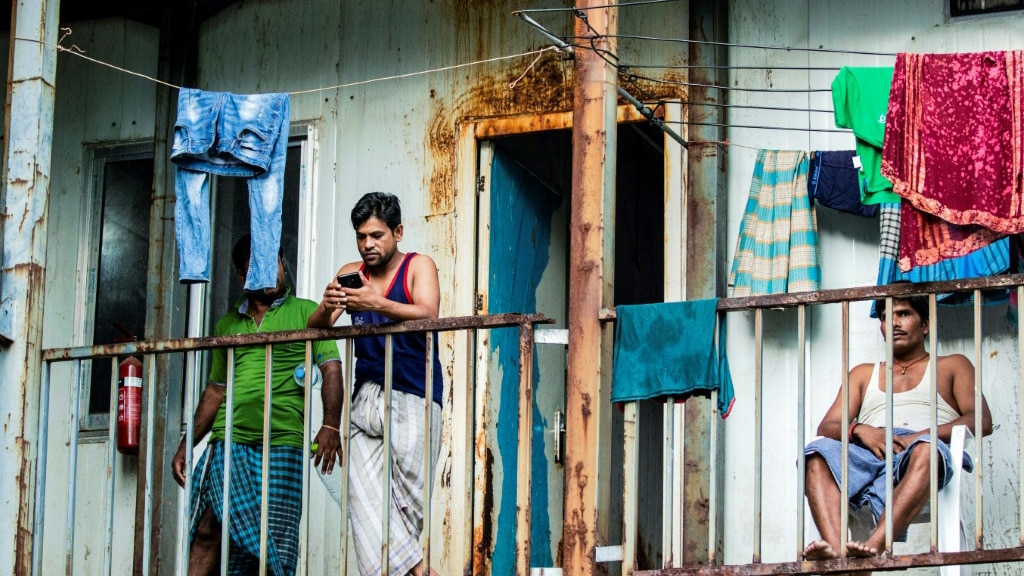 Tens of thousands of impoverished foreign laborers have been left stranded and ostracized in one of the world’s most densely packed cities as the tourist paradise of the Maldives battles coronavirus.

The turquoise waters and pristine beaches that draw honeymoon couples from around the world have been empty for weeks since a government order to close all resorts. That has left an army of migrant workers jobless.

Like Singapore, which recorded a large number of coronavirus cases among migrants living in tightly-packed dorms, the Maldives is heavily dependent on foreign labor.

About half of the 150,000 people in the two square kilometers that make up the capital, Male, are workers from Bangladesh, India and Sri Lanka living in teeming alleys that are a haven for the virus.

“There is huge uncertainty and panic,” said Zakir Hossain, 39, who had worked in a Male restaurant until March’s shutdown.

He said he has not been paid for more than two months.

“We are worried about the disease. All the Bangladeshi workers live in congested conditions,” he said.

Like many migrants — who share rooms and even beds between shifts — Hossain lives in a single room on a backstreet with four other Bangladeshis.

Outside, security forces stop the laborers going out on the streets.

Authorities acknowledge conditions in Male for foreign workers are poor, and say they are moving thousands into better housing out of the capital.

But opposition politicians have criticized the plans, labeling the treatment of such workers as “inhuman”. 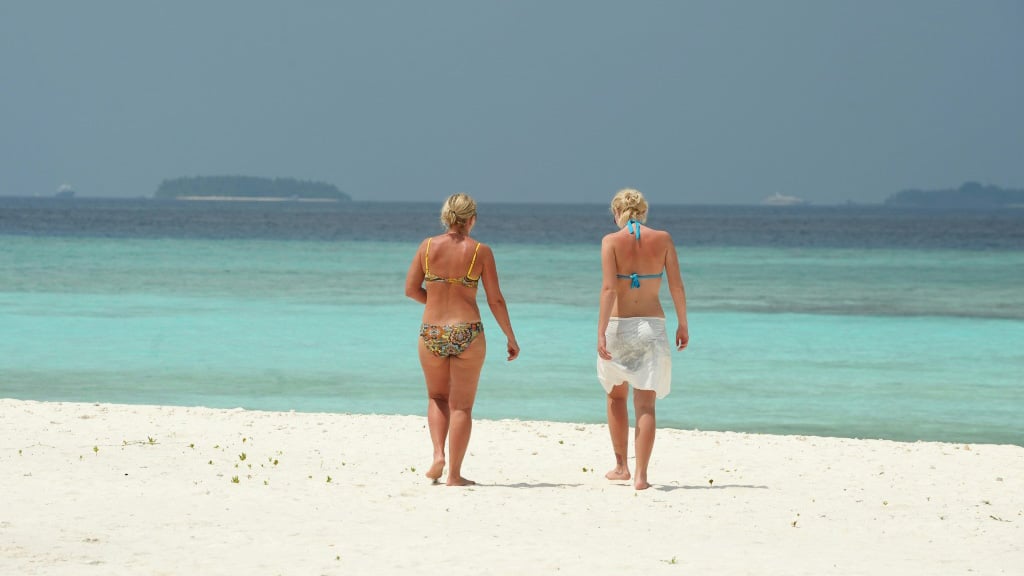 The Maldives, usually a tourist paradise, has been left deserted of holidaymakers by the virus outbreak

The Maldives has recorded nearly 1,400 coronavirus infections among a population of 340,000, a much higher ratio than neighboring Sri Lanka with 22 million people.

Some experts have warned the Maldives risks thousands more cases unless action is taken. Authorities say the infection spreads three times faster in migrant communities than in the local population.

Fears are growing for the health and welfare of these foreign workers, who are often brought in to clear refuse, clean dishes and do other essential jobs that locals reject.

Four coronavirus deaths have been reported so far, including one Bangladeshi, but rumors that hundreds of foreigners have the virus have compounded concerns among migrants.

Many are also worried about their families back in Bangladesh, also in the grip of a pandemic lockdown amid rising deaths.

“We need money to survive. We need our work,” said Hossain, who managed to send about 80 percent of his $180 a month wage back to his wife and four children before the outbreak.

But others were not so fortunate. Anwar Hosain, a 42-year-old Bangladeshi carpenter and father of five, said he was owed about $1,800 by his employers.

“My wife calls me every day and cries. What can I do?” 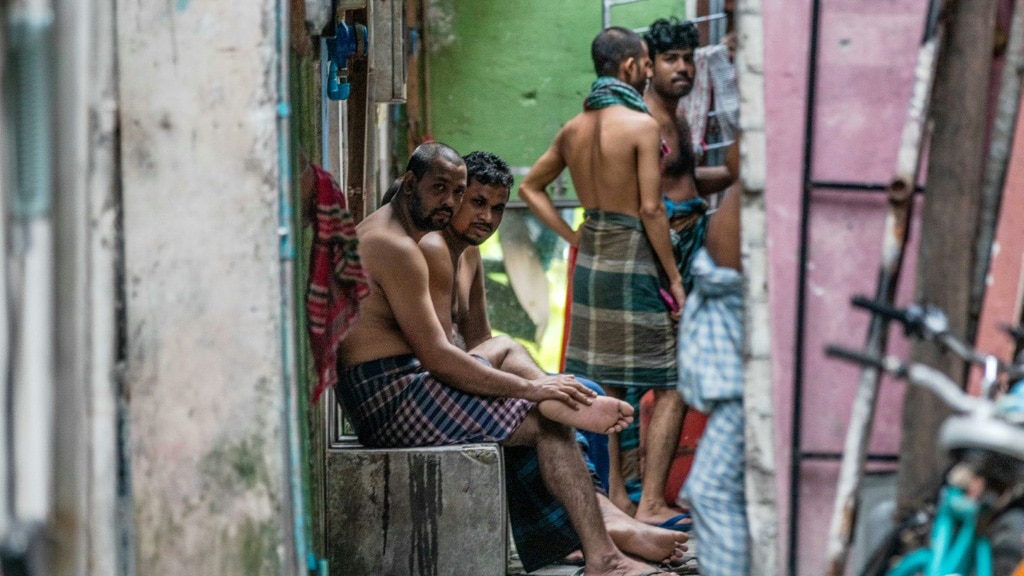 Workers from Bangladesh gather in an alleyway in Male, capital of the Maldives

The government has moved 3,000 foreign workers to a temporary shelter on the industrial island of Gulhi Falhu outside Male.

Thousands more are to follow but the main opposition Progressive Party of Maldives (PPM) has described the facilities as prisons. Laborers are barely allowed out and their rooms do not even have fans in the peak summer heat, when temperatures climb above 30 degrees Celsius (86 Fahrenheit).

Government spokesman Mabrook Azeez said authorities had built the housing in a bid to ease overcrowding in Male.

“This is not the condition we want our laborers to live in,” he told AFP.

Roughly a thousand Bangladeshis staying illegally in the Maldives have been repatriated, minister for foreign affairs Abdullah Shahid said on Sunday. India has taken back 4,000 people who lost their jobs.

Those left are increasingly despondent.

“I heard that if a Bangladeshi worker dies here, they don’t send his body back and he is buried here. I am worried what will happen if I die,” said Hossain.