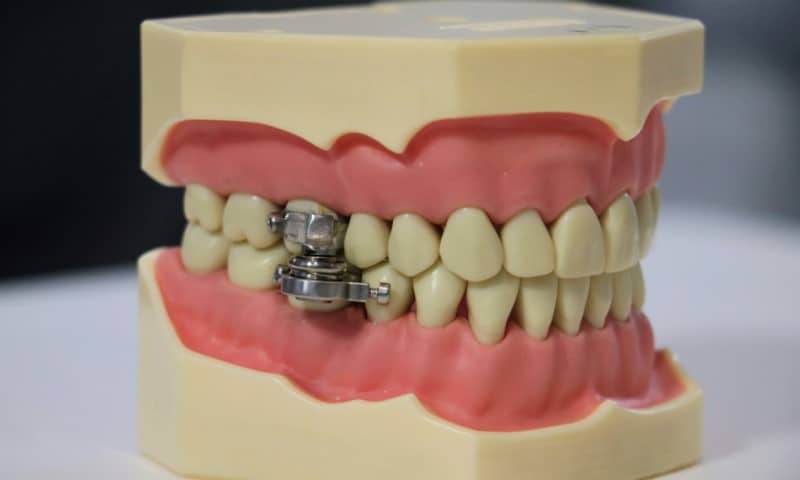 New Zealand researchers have created a weight-loss device that uses magnets to clamp a patient’s jaw together — hailing it as a new tool against obesity despite critics likening it to an instrument of medieval torture.

The “world-first” innovation involves a dentist fitting magnets and locking bolts to the patient’s upper and lower molars, allowing the jaws to open only two millimeters.

Lead researcher Paul Brunton, from the University of Otago’s school of health sciences, said this restricted the user to a liquid diet without limiting breathing or speech.

“It is a non-invasive, reversible, economical and attractive alternative to surgical procedures,” he said.

“The fact is, there are no adverse consequences with this device.”

The researchers added they had “developed a world-first weight-loss device to help fight the global obesity epidemic”.

In a paper published in the British Dental journal this month, they said seven women each lost an average of 6.36 kilograms (1.0 stone) during a two-week trial with the device, called the DentalSlim Diet Control.

It found the patients experienced some initial discomfort but generally found the device “tolerable”.

Unlike jaw wiring, which was a popular way for restricting people to liquid diets in the 1980s, the DentalSlim has an emergency release in case the patient vomits or has a panic attack.

The release was not used by any patient during the two-week trial, although one woman admitted cheating the liquid diet by melting chocolate to get a sugary hit.

The invention generated a strong response on social media, with many users accusing the researchers of shaming fat people and questioning the ethics of the trial.

One critic called it “repulsive and dehumanizing” while another said it risked entrenching unhealthy eating habits.

“Maybe instead of developing torture devices, you could do some research into how the medical profession consistently fails people based on the out-of-date and inappropriate bmi (body mass index) scale,” one user posted.

The researchers note in their paper that the trial was approved by an ethics committee and carried out in accordance with international guidelines.