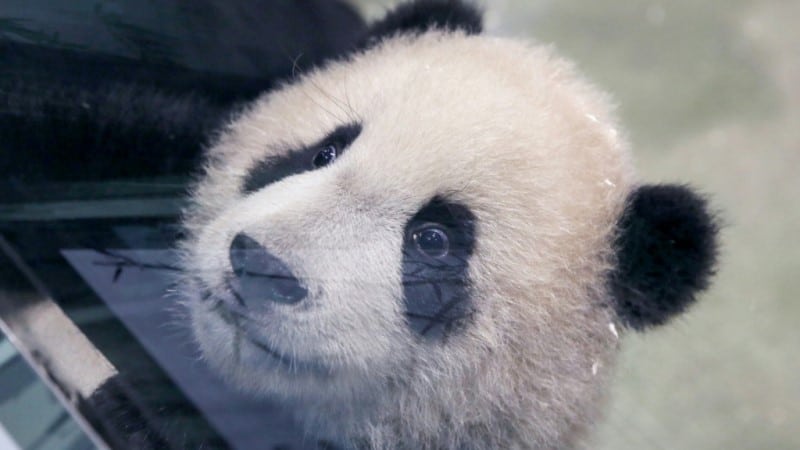 A second Taiwan-born giant panda made her media debut on Monday, clambering over a wooden climbing frame and playing with sawdust to the sound of clicking cameras.

The cub was born on June 28 to Tuan Tuan and Yuan Yuan, who were gifted by China in 2008 to mark then warming relations between the two rivals.

China usually only loans its pandas to foreign zoos, but gave the breeding pair — whose names combine to mean “reunion” or “unity”.

China views Taiwan as part of its territory and has vowed to one day bring the self-ruled democratic island back into the fold, by force if necessary. 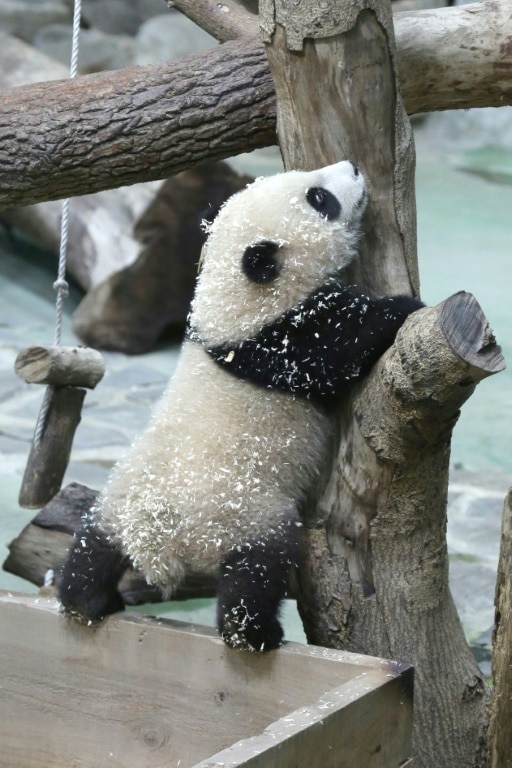 Yuan Bao, which means “round baby” in Chinese, was unveiled to some 150 reporters and invited guests alongside her mother at Taipei Zoo.

Taiwan’s zoo has seen a flurry of births this year, including a gorilla, koala, Malayan tapir and pangolin.

Yuan Yuan gave birth to a daughter Yuan Zai in 2013 — the first giant panda born in Taiwan. The family has been the top attraction at the zoo.

According to the World Wildlife Fund, just over 1,800 are believed remaining in the wild.