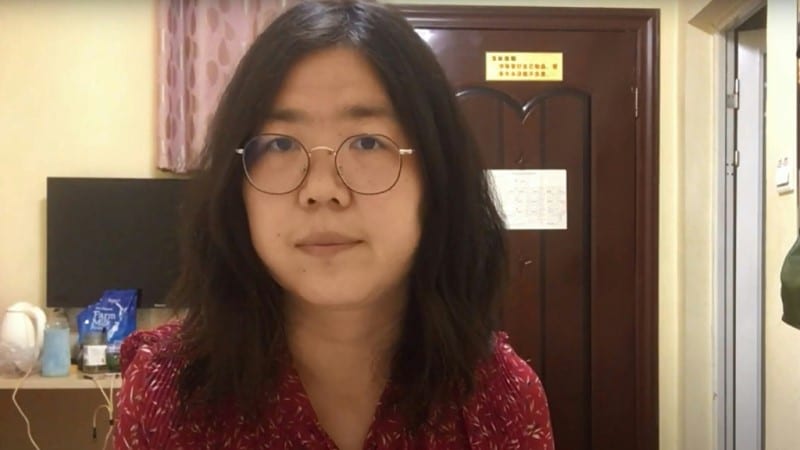 Zhang Zhan, a former lawyer who arrived at court in a wheelchair, was sentenced at a brief hearing in a Shanghai court for allegedly “picking quarrels and provoking trouble” during her reporting in the chaotic initial stages of the outbreak.

Her live reports and essays were shared on social media platforms in February, grabbing the attention of authorities, who have punished eight virus whistleblowers so far as they curb criticism of the government’s response to the outbreak.

Beijing has congratulated itself for “extraordinary” success in controlling the virus inside its borders, with an economy on the rebound while much of the rest of the world stutters through painful lockdowns and surging caseloads a year on from the start of the pandemic in Wuhan. 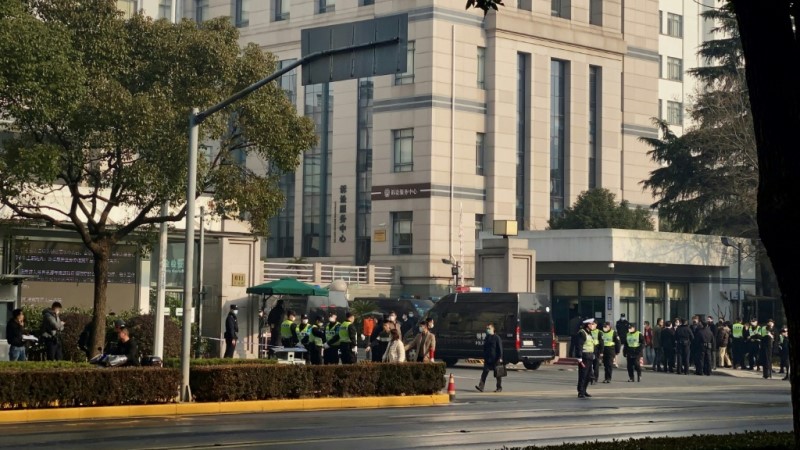 Controlling the information flow during an unprecedented global health crisis has been pivotal in allowing China’s communist authorities to reframe the narrative in their favour, with President Xi Jinping being garlanded for his leadership by the country’s ruling party.

But that has come at a serious cost to anyone who has picked holes in the official storyline.

The court said Zhang Zhan had spread “false remarks” online, according to one of her lawyers Zhang Keke, but the prosecution did not fully divulge its evidence in court.

“We had no way of understanding what exactly Zhang Zhan was accused of doing,” he added, describing it as “a speedy, rushed hearing.”

In return the defendant “didn’t respond [to questions]… She refused to answer when the judge asked her to confirm her identity.”

The defendant’s mother sobbed loudly as the verdict was read out, Ren Quanniu, another member of Zhang’s defence team, told reporters who were barred from entering the court.

Concerns are mounting over the health of 37-year-old Zhang, who began a hunger strike in June and has been force-fed via a nasal tube.

Her legal team said her health was in decline and she suffered from headaches, dizziness and stomach pain, and that she had appeared in court in a wheelchair.

“She said when I visited her (last week): ‘If they give me a heavy sentence then I will refuse food until the very end.’… She thinks she will die in prison,” Ren said before the trial.

“It’s an extreme method of protesting against this society and this environment.”

China’s communist authorities have a history of putting dissidents on trial in opaque courts between Christmas and New Year in an effort to minimize Western scrutiny. 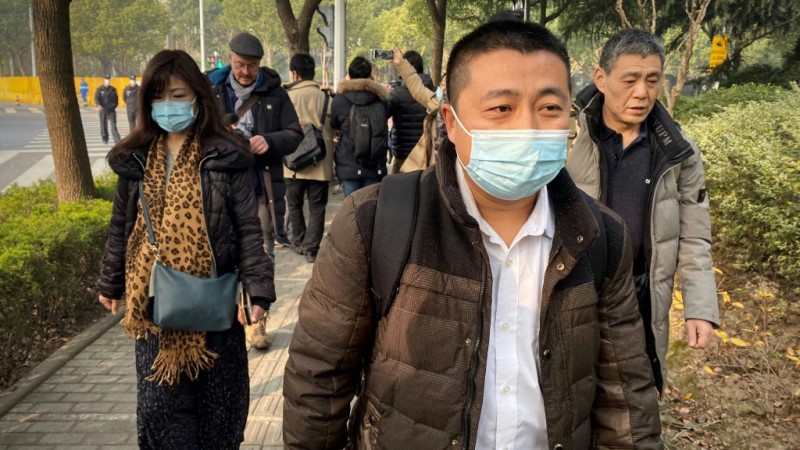 The sentencing comes just weeks before an international team of World Health Organization experts is expected to arrive in China to investigate the origins of Covid-19.

Zhang was critical of the early response in Wuhan, writing in a February essay that the government “didn’t give people enough information, then simply locked down the city”.

“This is a great violation of human rights,” she wrote.

Rights groups and embassies have also drawn attention to her case, although diplomats from several countries were denied requests to monitor the hearing.

“Zhang Zhan’s case raises serious concerns about media freedom in China,” the British embassy in Beijing said, urging “China to release all those detained for their reporting.” 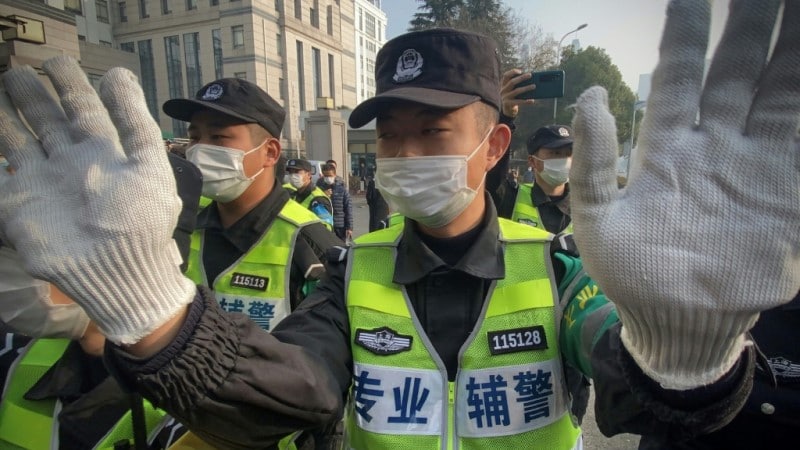 Authorities “want to use her case as an example to scare off other dissidents from raising questions about the pandemic situation in Wuhan earlier this year”, added Leo Lan, research and advocacy consultant at the Chinese Human Rights Defenders NGO.

“We raised her case with the authorities throughout 2020 as an example of the excessive clampdown on freedom of expression linked to #COVID19 & continue to call for her release,” the office of the UN High Commissioner for Human Rights Michelle Bachelet said in a tweet.

Zhang is the first of a group of four citizen journalists detained by authorities after reporting from Wuhan to face trial.

Previous attempts by AFP to contact the other three — Chen Qiushi, Fang Bin and Li Zehua — were unsuccessful.