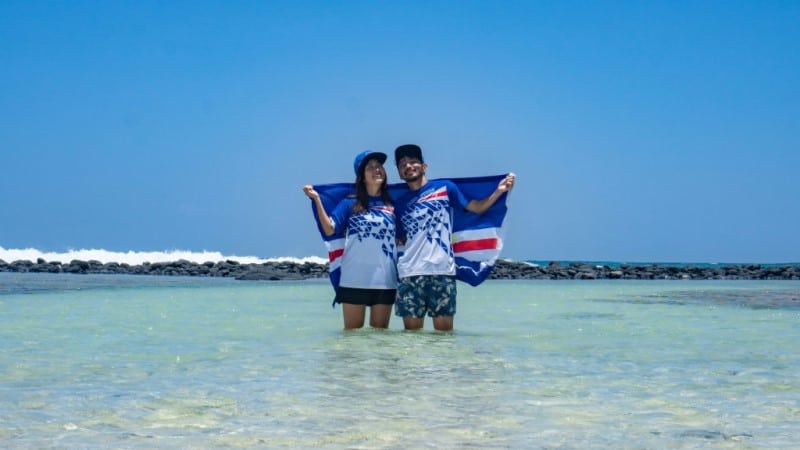 A pair of Japanese honeymooners stranded in Cape Verde by the coronavirus pandemic have been named unlikely ambassadors for the tropical paradise’s Olympic team at next year’s Tokyo Games.

Rikiya and Ayumi Kataoka started a round-the-world trip in December in South Africa, and were working their way north in February when the scale of the pandemic began to become clear.

They scrapped their plans to continue on to Europe and decided to fly to Cape Verde.

“We thought staying in Cape Verde was the safest option,” husband Rikiya, 29, told AFP in an online video interview from the island. 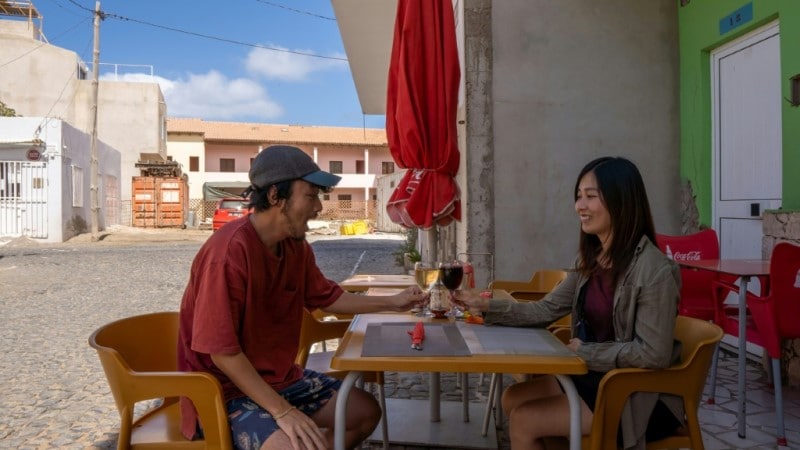 Rikiya (L) and Ayumi Kataoka (R) started around-the-world trip in December in South Africa, and were working their way north in February when the scale of the coronavirus pandemic started to become clear

We felt fortunate that we were able to come here. The number of infections was rising in Japan. Europe has also seen an explosive rise in cases. Honestly, I thought we got lucky for being able to come to a very peaceful place.”

But when the country’s airport shut down, they were stuck, and Rikiya, who runs a sharehouse business in Tokyo and works as a videographer, began producing videos and photos for local restaurants and resorts in exchange for meals and lodging.

He also posted videos on his Instagram account, featuring everything from Ayumi strolling through the streets of Sal Island greeting waving residents to a local renovation and beautification project.

Word gradually got out and local media picked up the story, catching the eye of the country’s Olympic officials.

Leonardo Cunha, Cape Verde’s chef de mission for the Tokyo Games, decided to get in touch and propose a partnership.

“We decided to invite them as our ambassadors because they were making a lot of high-quality videos of Sal Island and taking a lot of attention from it,” he told AFP by email.

“They were keen on promoting our country, even being in a difficult situation,” he added.

The request came out of the blue, said Rikiya.

Cape Verde, an archipelago lying 500 kilometers (300 miles) off the coast of Senegal, is a former Portuguese colony that is home to half a million people

“I thought maybe the fact that we were stuck in Cape Verde… might attract media interest. But I never imagined that we would become Cape Verde’s Olympic ambassadors,” he laughed.

Tiny Cape Verde, with a population of around 550,000 people, expects to send just a handful of athletes to the Tokyo 2020 Games, which were postponed earlier this year as the pandemic exploded.

Cunha said the couple were in a unique position to promote the country.

“We are only asking them to keep documenting their trip to Cape Verde and promote the images and the morabeza (traditional Cape Verde hospitality) that they are experiencing,” Cunha told AFP.

“We hope that from now on they can persist in this task of promoting our country and take the opportunity to do it as well during the Tokyo 2020 Olympic Games.”

Exactly what form that promotion will take during the Games, or when the couple will return to Japan, is unclear.

Cape Verde’s airport is still closed, and Rikiya is not in any hurry to leave — he has plans to film the country’s president and Olympic committee.

“I don’t think I will be so lucky to be given these great jobs again,” he said.

Cape Verde’s Olympic committee has told the couple they will have tickets to watch the Games in Tokyo.

But for now, Rikiya is focusing his work on promoting Cape Verde’s tourist destinations and local businesses — when he is not enjoying a dip in the emerald waters with Ayumi.

“In my past travels, I have never stayed in one place for such a long time, like we have in Cape Verde,” he said.

“Now, honestly, I think I want to do my part and give back to this country.”