US Demands Vietnam to Free Blogger Sentenced to 10 Years 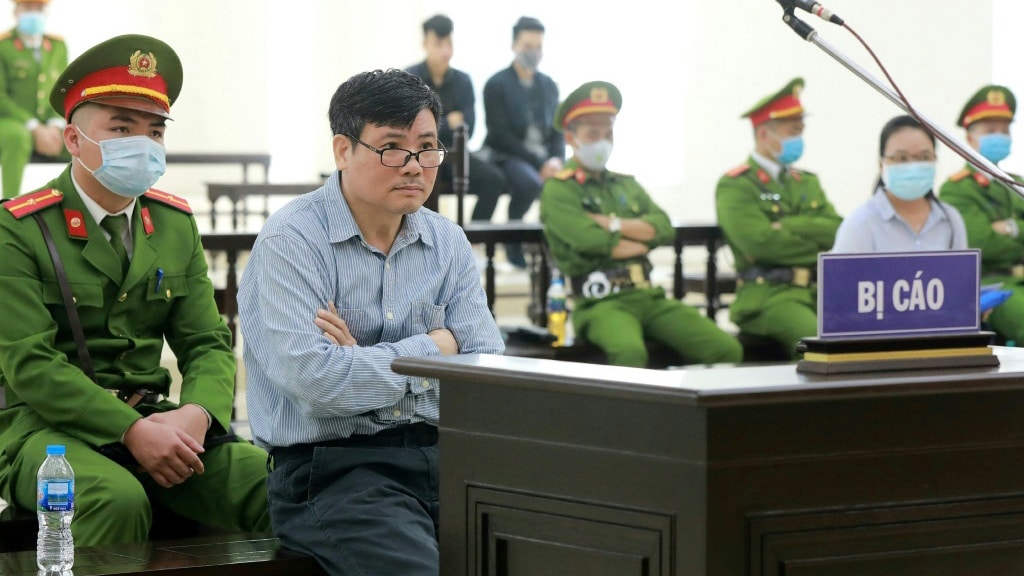 This picture taken and released by the Vietnam News Agency on March 9, 2020 shows Vietnamese blogger Truong Duy Nhat sitting in a courtroom during his trial in Hanoi

The United States on Monday demanded that Vietnam immediately free a blogger who was sentenced to 10 years in prison after posts critical of the government.

The State Department said it was “dismayed” by the sentence handed last week to Truong Duy Nhat, a regular contributor to US-backed Radio Free Asia.

“The United States calls on Vietnam to immediately release Nhat and all prisoners of conscience and to allow all individuals in Vietnam to express their views freely and assemble peacefully without threat of retribution,” State Department spokeswoman Morgan Ortagus said in a statement.

She said that freedom of expression is in accordance with Vietnam’s “international obligations and commitments” as well as Vietnam’s own constitution.

Nhat mysteriously appeared in a Vietnamese prison in March 2019 after fleeing to Thailand seeking refugee status with the UN High Commissioner for Refugees.

The State Department said it was “troubled” by the circumstances around Nhat’s “sudden disappearance” from Bangkok.

The statement marks unusually forthright criticism of Vietnam by the United States, which despite wartime memories has aligned itself closely with the Southeast Asian nation in recent years in the face of a rising China.

Nhat, in a brief trial, was found guilty of defrauding the public of $560,000 when he worked for a state-owned newspaper in the central city of Danang in 2004, according to state media.

This is Nhat’s second prison stint. He was jailed for two years in 2014 for “abusing democratic freedoms” for critical blog postings.