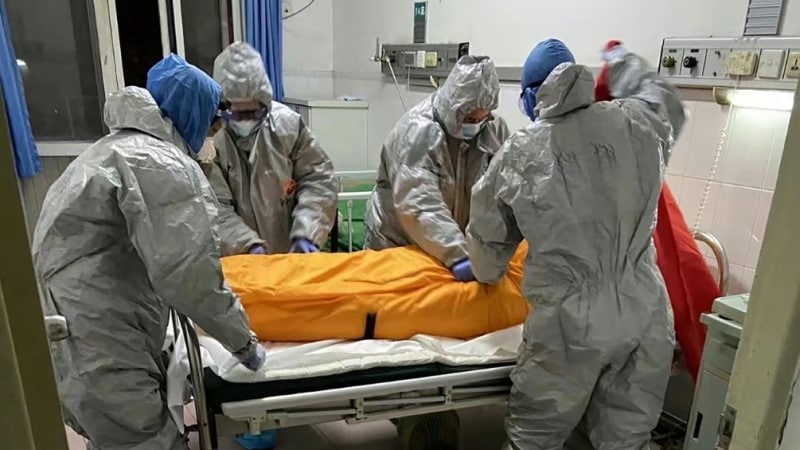 Medical workers prepare to take away the body of Covid-19 victim Zhang Lifa, the father of Zhang Ha, in a hospital in Wuhan, China on February 1

But they have had their lawsuits abruptly rejected, dozens of others face pressure from authorities not to file, and lawyers are being warned against helping them, according to people involved in the effort.

The families accuse the Wuhan and Hubei provincial governments of concealing the outbreak when it first emerged there late last year, failing to alert the public, and bungling the response, allowing Covid-19 to explode out of control. 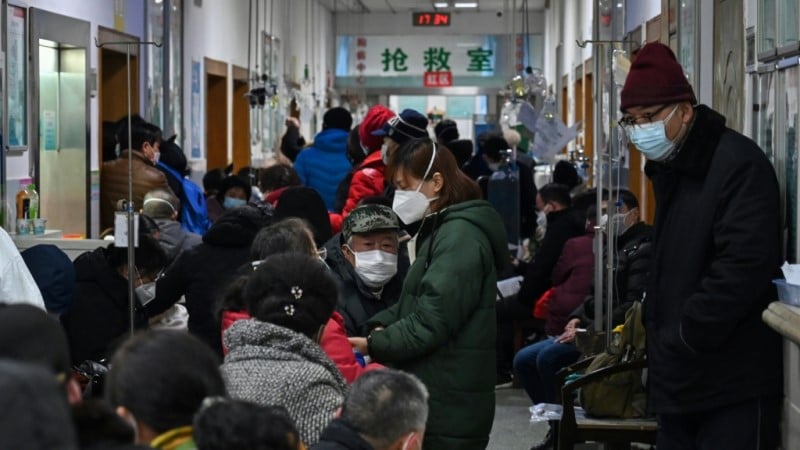 “They say the epidemic was a natural calamity. But these serious outcomes are man-made, and you need to find who’s to blame,” said Zhong, 67.

“Our family is shattered. I can never be happy again.”

At least five lawsuits have been filed with the Wuhan Intermediate Court, said Zhang Hai, whose elderly father died of the virus and who has emerged as a vocal advocate and spokesman for families of virus victims.

Plaintiffs are each seeking around two million yuan ($295,000) in damages and a public apology.

But the court has rejected suits on unspecified procedural grounds, said Yang Zhanqing, a veteran Chinese activist now in the US.

Yang, who is coordinating two dozen lawyers in China who are secretly advising families, said the rejections have come via curt phone calls — not through official written explanations, as legally required — apparently to avoid a paper trail.

Staff at the Wuhan court refused AFP requests for comment.

The Communist Party continues to downplay responsibility, even questioning whether the pathogen originated in China, while trumpeting its later success in suppressing domestic infections.

It held a grand ceremony in Beijing last week, where President Xi Jinping declared the nation had passed an “extraordinary and historic test” through a swift and transparent response.

But Zhong tells a different story.

By late January, the contagion was spreading rapidly in Wuhan, but officials had still issued no citywide alarm. 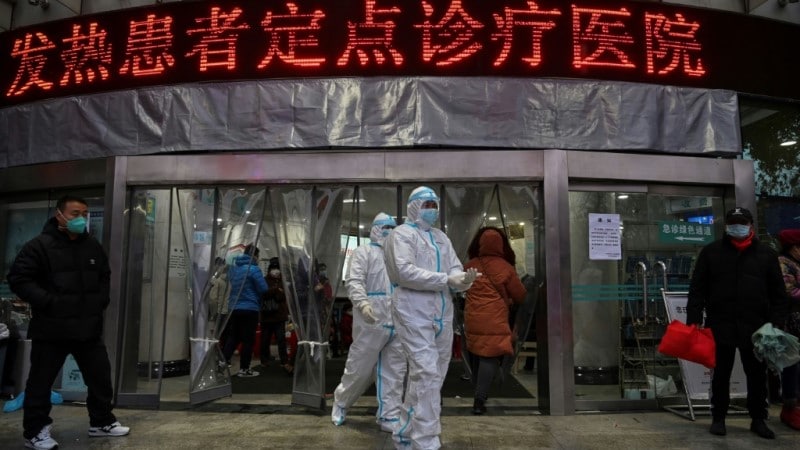 With the extended Lunar New Year festival approaching, Zhong and her son Peng Yi — a 39-year-old primary schoolteacher — happily shopped at jam-packed stores. Millions of others left Wuhan for the holiday, taking the infection global.

“We had no idea the buses were full of the virus… So we went out every day. We didn’t even know about masks,” Zhong told AFP.

On January 24, as Wuhan finally began locking down, she and Peng fell ill. She soon recovered, but he worsened.

For the next two agonizing weeks, they spent long hours in overwhelmed hospitals begging to get him admitted, but without a positive result — and with testing kits scarce — he was repeatedly turned away.

His family never saw him alive again. He died on a respirator two weeks later.

“He must have been so scared, so unhappy, with no family around. I can’t imagine how sad he was,” said Zhong, breaking down repeatedly.

The Chinese Communist Party continues to downplay responsibility over the outbreak, even questioning whether the pathogen originated in China

Zhang Hai believes his father was infected at a Wuhan hospital during treatment for an unrelated ailment.

He says authorities are waging a campaign to discredit him, suspending his social media accounts and circulating disinformation that the legal efforts are a scam to bilk families.

Others also have reported official intimidation, and next-of-kin chat groups have been infiltrated by police, Zhang alleged, blaming Wuhan’s government.

“They know if I succeed in filing a case, many other families will sue, too,” he said.

Wuhan’s government did not respond to AFP’s requests for comment.

Zhang said dozens of bereaved relatives have coalesced in chat groups, but most are fearful of taking action.

With his initial suit in Wuhan rejected, Zhang filed recently with a higher, provincial-level court. Zhong, the elderly pensioner, plans the same.

Yang, the US-based activist, believes it “very likely” the government will quietly meet some families’ demands eventually, though a public apology is inconceivable.

Until then, Zhang intends to appeal all the way to China’s highest court in Beijing, regardless of the personal risks.

“My father is my motivation,” he said.