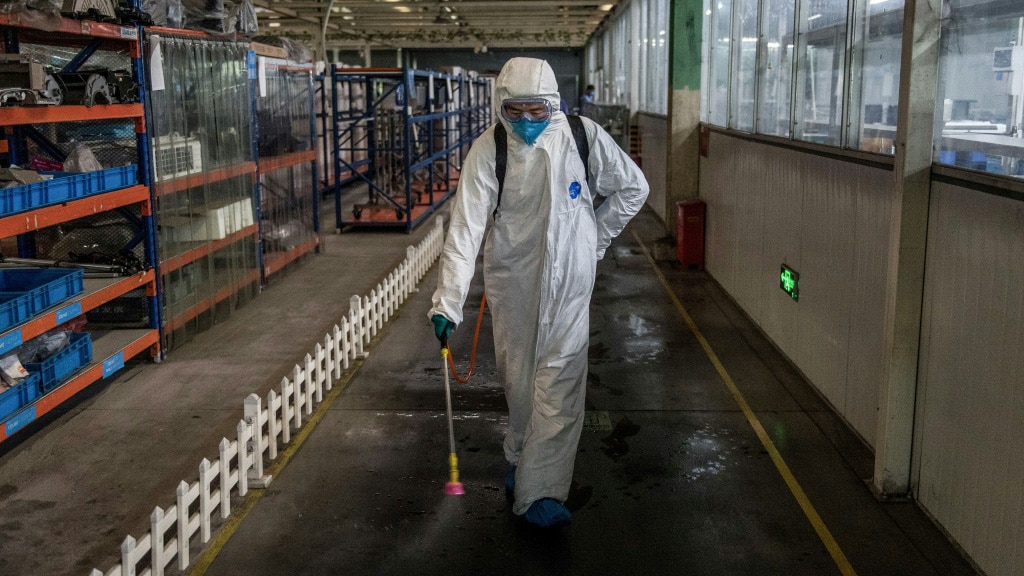 Chinese authorities ordered schools, universities and businesses shut following a cluster of COVID-19 cases in the transport hub in January, confining more than 10 million people to their homes in a bid to contain the outbreak

Chinese authorities ordered schools, universities and businesses shut following a cluster of COVID-19 cases in the transport hub in January, confining millions of people to their homes in a bid to contain the outbreak.

The measures sent the numbers of new cases tumbling, and parts of Hubei province, where Wuhan is situated, have slowly started returning to normal.

With roughly three billion people currently advised to stay at home amid the pandemic, a study published in The Lancet Public Health examined what the rest of the world can learn from Wuhan.

Researchers developed a model to estimate the impact that school and business closures had on COVID-19 transmission rates, using data on how often people interact and where.

The Wuhan outbreak came at the worst possible time — on the eve of Lunar New Year, when tens of millions of Chinese travel to celebrate with their families.

The study compared three separate scenarios: no intervention and no holiday travel; no physical distancing and normal holiday travel; and school closures with only key workers at work.

They found that intervention in form of school and business closures had a significant impact in reducing new cases, buying vital time for health systems to process the spike in cases.

The team also predicted the impact of lifting control measures. Their models suggested that waiting until April to lift social distancing would reduce total infections by a quarter.

It would also delay a second peak of the virus from August to October, again buying health workers vital time.

“The unprecedented measures the city of Wuhan has put in place to reduce social contacts in school and the workplace have helped to control the outbreak,” said lead author Kiesha Prem from the London School of Hygiene and Tropical Medicine.

“However, the city now needs to be really careful to avoid prematurely lifting physical distancing measures, because that could lead to an earlier secondary peak in cases. But if they relax the restrictions gradually, this is likely to both delay and flatten the peak.”

Commenting on the research, James Gill, honorary clinical lecturer at Warwick Medical School, said it had “profound” implications for countries seeking to learn lessons from the Chinese COVID-19 response.

He said the study showed the “sought-after ‘flattening of the curve’, along with the reduction of total cumulative infections, whilst also demonstrating a delay in the peak of the outbreak by two months.”

A study from Britain’s Imperial College this month showed that COVID-19 case numbers could be brought under control via extreme social distancing measures but were liable to rebound once such restrictions were relaxed.

Yang Liu from the London School of Hygiene and Tropical Medicine and Lancet study co-author said that the Wuhan example was unlikely to be replicated exactly elsewhere.

“But we think one thing probably applies everywhere: physical distancing measures are very useful, and we need to carefully adjust their lifting to avoid subsequent waves of infection when workers and school children return to their normal routine,” she said.

“If those waves come too quickly, that could overwhelm health systems”.

“Given many countries with mounting epidemics now potentially face the first phase of lockdown, safe ways out of the situation must be identified,” said Colborn, who was not involved in the study.