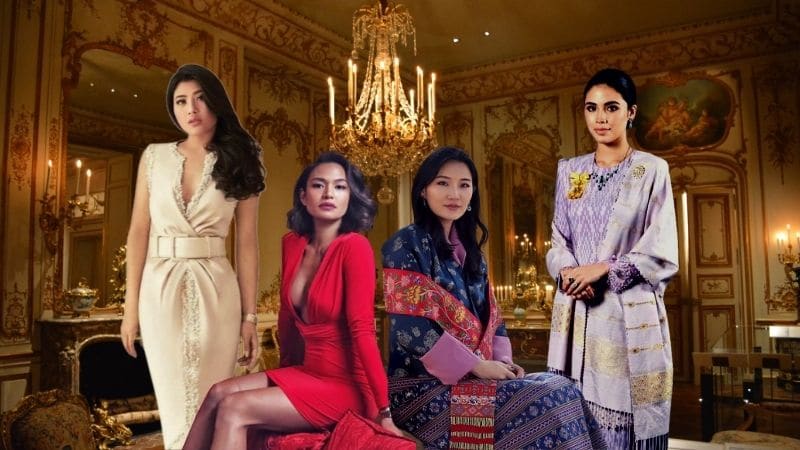 It turns out, Meghan Markle is not the only royal you should follow on Instagram. Get to know five well-accomplished Asian royals who stand out because of their public service and modern sensibilities.

Princesses and Queens are not only present in Disney movies or the Buckingham Palace. Asia also has its fair share of charismatic members of the royal family who are well-loved by their subjects.

Luckily, social media has made these people more reachable. A glimpse into the Instagram feed of Asian royals would give you a peek into the ins and outs of their glitzy life. Here are some of our favorite Asian Royal women you can idolize and follow on social media.

Badminton player, humanitarian, equestrian, poet, and fashion designer – is there anything Princess Sirivannavari Nariratana can’t do? Probably not. The daughter of King Vajiralongkorn of Thailand is probably the most talented princess in the world, and this is manifested by her Southeast Asian Games gold medal for badminton and own fashion line. The princess even got invited by Pierre Balmain to show her creations on Paris Fashion Week.

Sirivannavari is a graduate of Chulalongkorn University’s Bachelor of Arts program and has a Master of Design degree from France. Without question, she’s the perfect fusion of beauty and brains.  This royal is a must-follow for budding fashionistas. You’ll surely be inspired by her outfits which range from casual to glamorous.

Tengku Puteri Iman Afzan is the daughter of Yang Dipertuan Agong Al-Sultan Abdullah Ri’ayatuddin Al-Mustafa Billah Shah with actress Julia Rais, so it’s no wonder where she got her beautiful looks.

As you take a peek on the royal’s Instagram account, you’ll see her family-centered and loving personality with countless photos of her family, whether it’s from her grandpa’s birthday or her sister’s wedding. Last July, she gave birth to a baby boy with her husband Tengku Abu Bakar Ahmad Tengku Arif Bendahara Tengku Abdullah.

This family-oriented lady is also known for her big heart. She champions many causes such as Rumah Al-Ikhlas, Rumah Budaya Harapan, and HKL kids. The princess even lent her hand to host charity program Sebalang Kasih with Zielo Events to help children during Hari Raya and Ramadan.

Queen Jetsun Pema married Majesty King Jigme Khesar Namgyel Wangchuck when she was just 21 years old. The union made her the youngest queen in history. However, the former commoner is more than her fairy tale romance.

Her Majesty attended boarding school in India, then continued her studies at London’s Regent College. Although she was not born into royalty, you can’t deny her natural elegance. This royal is also well-loved by the people of Bhutan thanks to her excellent public service.

A post shared by Her Majesty Queen Jetsun Pema (@queenjetsunpema)

Sam Richelle is known as a social media star in the Philippines. Her standout beach photos will make you want to hit the gym 24/7.

However, many people don’t know that royal blood is running through her veins. She is the daughter of Prince Jefri Bolkiah of Brunei, who is the brother of Brunei’s Sultan.

Known for her tattoos, edge style, and sexy photos, she definitely has no qualms breaking the royal stereotype. The designer and artist also share her family life with her partner Anton del Rosario and their son Myles on Instagram.

See? The Asian blue bloods boasts more than their crowns. These talented, and ultra-photogenic bunch are masters at making the most out of their lives while fulfilling their duties to their respective countries.