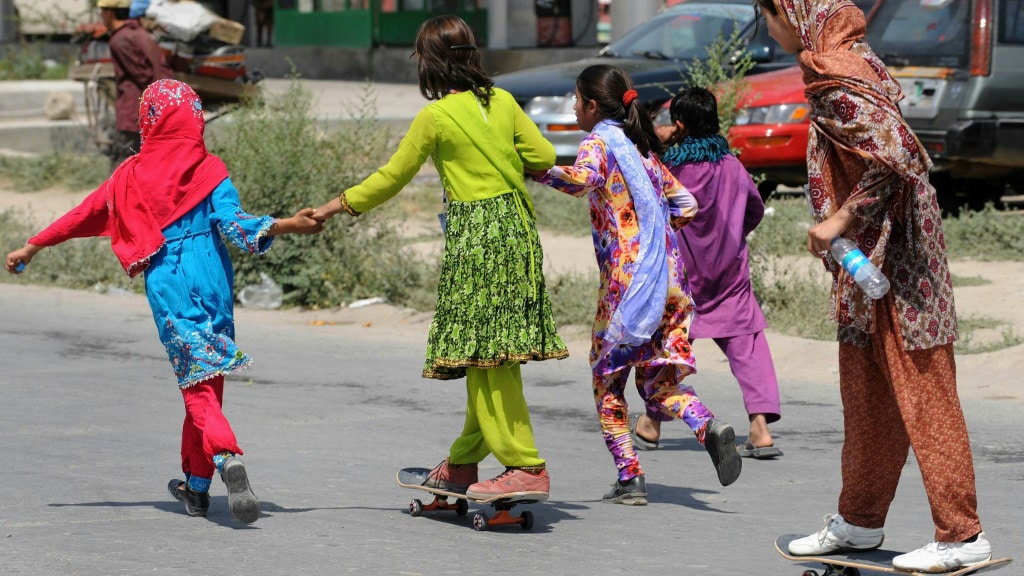 Afghans took to social media Monday to celebrate a rare piece of good news for the war-torn country, after a film about girls skateboarding took home an Oscar for best documentary short at the Academy Awards.

“Learning to Skateboard in a Warzone (If You’re a Girl)” tracks international charity Skateistan’s bid to teach young Afghan girls how to skateboard in the ultraconservative country, where few women are encouraged to participate in sport.

The film follows a group of young girls enrolled at the nonprofit who gain confidence and courage as they learn to skate on ramps and quarter pipes in Kabul amid frequent militant attacks and suicide bombings.

“Proud of them. We feel proud for my sisters. Wish further success for our champs,” wrote Afghan Facebook user Sodaba Samadi.

“Congratulations to our brave girls! This is a proud moment for all Afghan GIRLS! They face harsh realities of everyday cruel life in a war zone but keep moving forward!” added Afghan journalist Shaista Sadat Lameh.

“So much congrats… We wish to see Afghan Skateboard players soon in the world champions,” tweeted Yonus Popalzay.

The film’s director Carol Dysinger also highlighted the plight of Afghan women during her victory speech.

“This movie is my love letter to the brave girls of that country,” said Dysinger, as she praised the teachers from her own life and the ones at Skateistan in Kabul.

“They teach girls courage to raise your hand, to say I am here, I have something to say, and I’m going to take that ramp — don’t try to stop me!”

Skateistan’s executive director Oliver Percovich later told AFP he was “delighted” by the win, saying the “the story of a group of girls who are defying expectations, being told by an all-female film crew” had gotten the recognition it deserved.

“We see so many negative stories about Afghanistan and this is a story of real hope which can help to challenge perceptions,” he added.