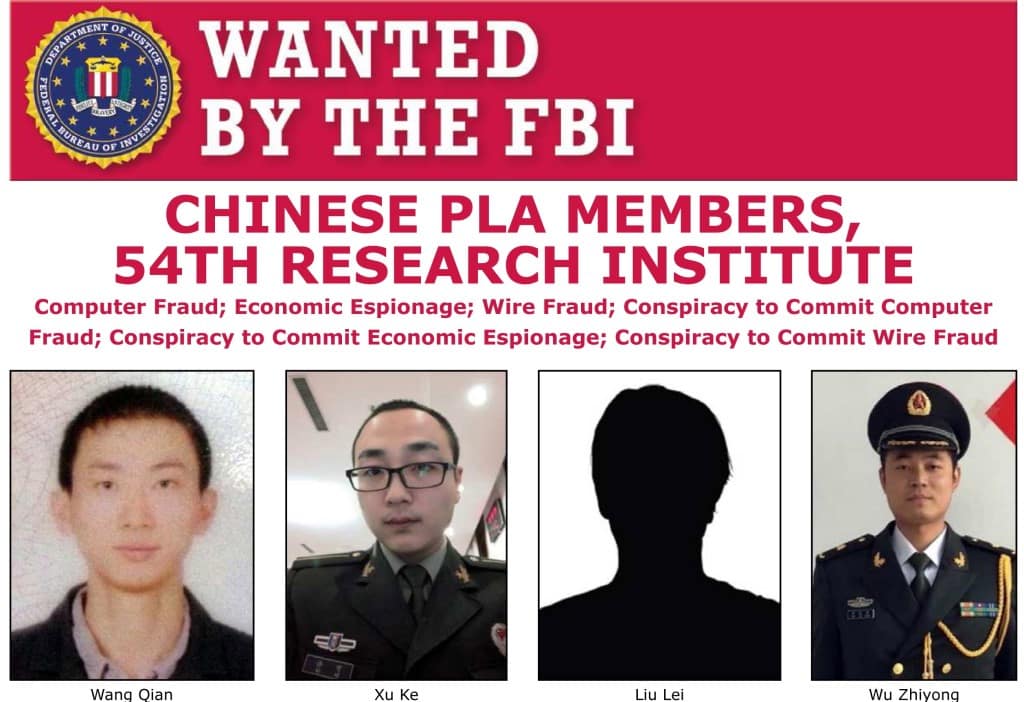 The US Justice Department on Monday announced indictments of four members of China’s People’s Liberation Army for alleged involvement in the massive 2017 hack of the database of giant US credit rating agency Equifax.

The hackers are accused of stealing the sensitive personal information on some 145 million Americans, in one of the world’s largest ever data breaches, said Attorney General Bill Barr.

“This was a deliberate and sweeping intrusion into the private information of the American people,” he said. 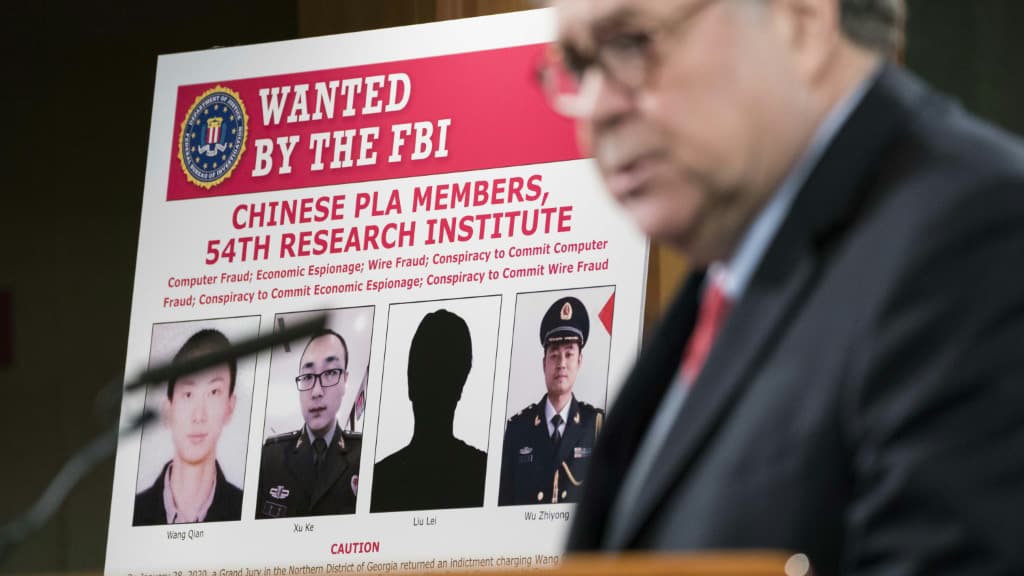 Officials said it took well over a year to track them through the 34 servers in 20 countries they allegedly used to hide their tracks.

“This was an organized and remarkably brazen criminal heist of sensitive information of nearly half of all Americans, as well as the hard work and intellectual property of an American company, by a unit of the Chinese military,” Barr said.

The hack stunned US intelligence officials, following a similar intrusion on the civil service database of the Office of Personnel Management (OPM), also blamed on the Chinese.

Since then, as well, hotels giant Marriott lost data on some 500 million global customers to hackers believed to be Chinese.

US officials believe the Chinese military and security service are collecting personal data on Americans for strictly intelligence purposes.

After the OPM hack there were worries that Beijing could use the information to identify US spies working under the cover of non-intelligence jobs.

FBI Deputy Director David Bowdich said there was no evidence yet of the Equifax data having been used, for example to hijack a person’s bank account or credit card.

But he added: “If you get the personal identifying information of people, you can do a lot with that.”

The US believes the suspects are currently in China. 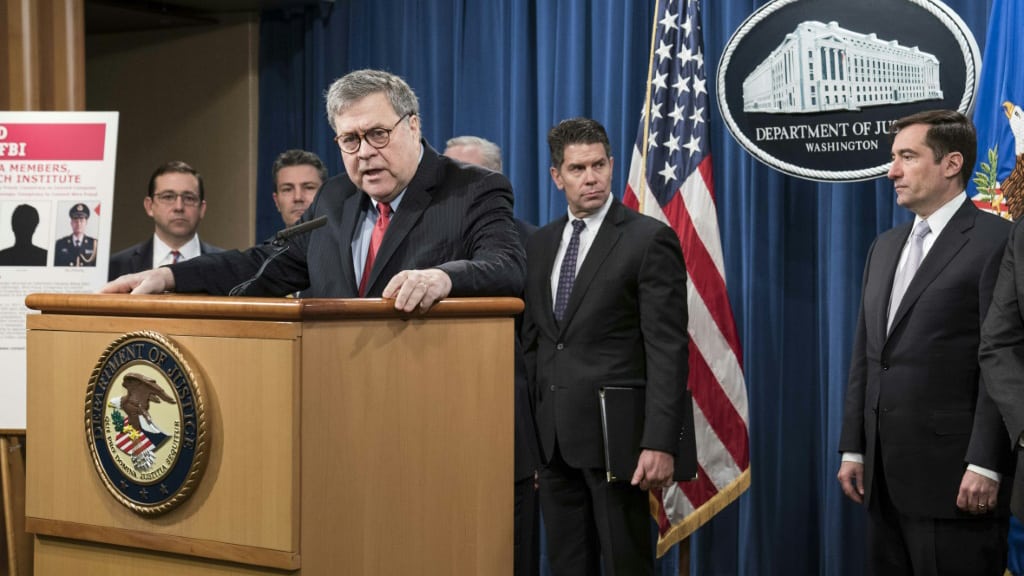 Atlanta-based Equifax is one of three giant, little-regulated credit-raters who sweep up financial data on all Americans — their credit cards and banking activity especially — that necessarily comes with identifying data like their addresses and social security numbers.

The hackers allegedly took advantage of a vulnerability in the Apache Struts web-application software that Equifax had on its systems.

While Apache notified clients of the problem in March 2017, Equifax didn’t fix it for months, allowing the hackers to enter their systems with relative ease.

They infected Equifax’s computers with “web shells” that gave them the ability to remotely manipulate the systems and to steal identities that expanded their access. 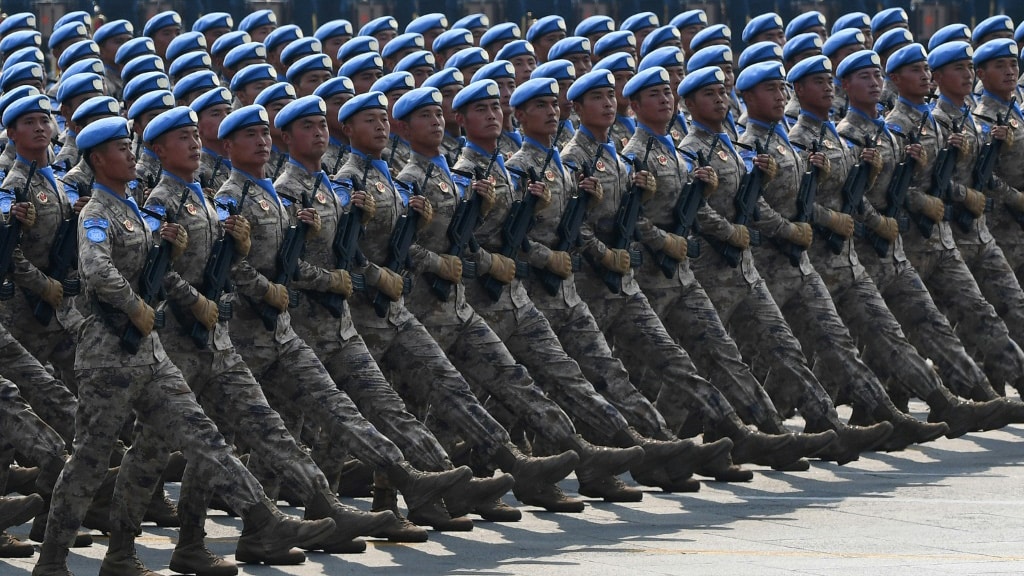 Fighting… and hacking, the US alleges: China’s People’s Liberation Army

In a statement Equifax thanked the Justice department for its help and pledged to better protect consumer data.

“Cybercrime is one of the greatest threats facing our nation today, and it is an ongoing battle that every company will continue to face as attackers grow more sophisticated,” it said.

“Fighting this cyberwar will require the type of open cooperation and partnership between government, law enforcement and private business that we have experienced firsthand.”

“When companies like Equifax amass vast stores of sensitive personal information and then cut corners on security, they become irresistible targets for unfriendly regimes like China,” he said.

Besides the data on Americans, the hackers scored personal information on nearly one million British and Canadians in the breach.

Barr said that while many countries gather intelligence for national security reasons, only China has swept up massive data on civilians.

“For years, we have witnessed China’s voracious appetite for the personal data of Americans,” he said.

“This data has economic value, and these thefts can feed China’s development of artificial intelligence tools as well as the creation of intelligence targeting packages.”