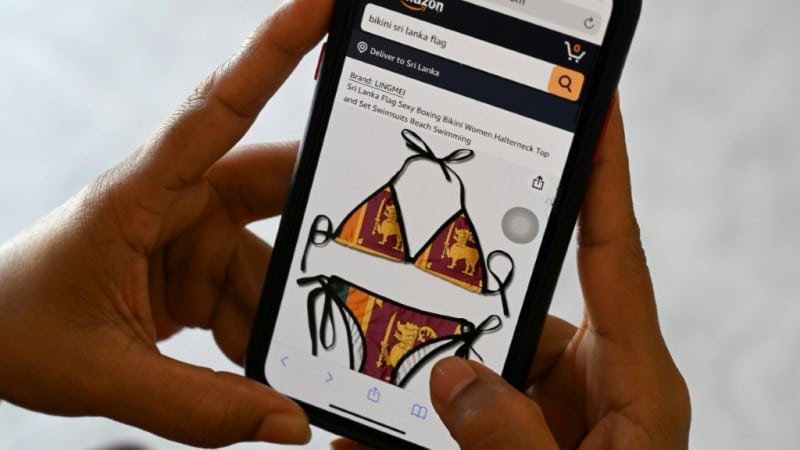 Sri Lanka has asked retail giant Amazon to take down bikinis, briefs and doormats featuring the nation’s lion flag from its site, authorities said Sunday, two days after it protested against the Chinese-made products.

The country is highly sensitive to what it sees as any misuse of its national flag, as well as Buddhist symbols.

Sri Lanka said it had lodged a formal protest with the online retailer and asked Chinese authorities to ensure an end to the manufacture and sale of similar products.

“The company which marketed the product on Amazon was requested by letter from the embassy to immediately cease selling the doormats and any such products, misusing the Sri Lanka flag,” the Sri Lankan embassy in China said in a statement. 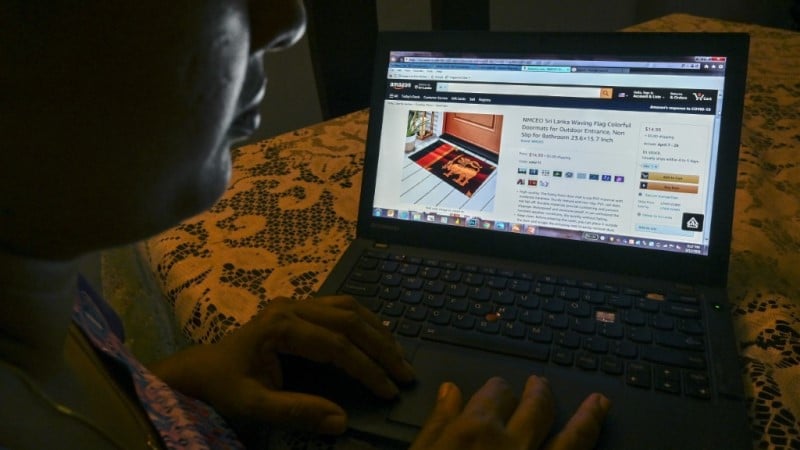 Sri Lanka’s embassy in Washington said it had also taken up the issue, and had complained to the US government over what it called a “violation of intellectual property rights” of the South Asian nation.

However, two days after Sri Lanka’s intervention, dozens of retailers were still selling the flag-themed items.

Several Chinese vendors on Amazon were offering the non-slip doormat at prices ranging from $10 to $24, and the lion-printed briefs and bikini from $9.20 to $17.30.

“This is how the Chinese see Sri Lanka,” said one Facebook user.

Another suggested the doormat was a forewarning of how future relations might play out in light of Sri Lanka’s huge debt to China: “May be it’s the sign (of how) they gonna treat us when we fail to pay their loans.”

“If we are unable to pay our debts, they will print our flag on toilet paper for sure,” wrote another on Facebook.

In 2010, Sri Lanka prevented US rap star Akon from visiting the country over one of his music videos, which featured scantily clad women dancing in front of a Buddha statue.

Two years ago, a Muslim woman was arrested for wearing a dress with prints of a ship’s steering wheel, which police mistook for Dharma Chakra, a Buddhist symbol.