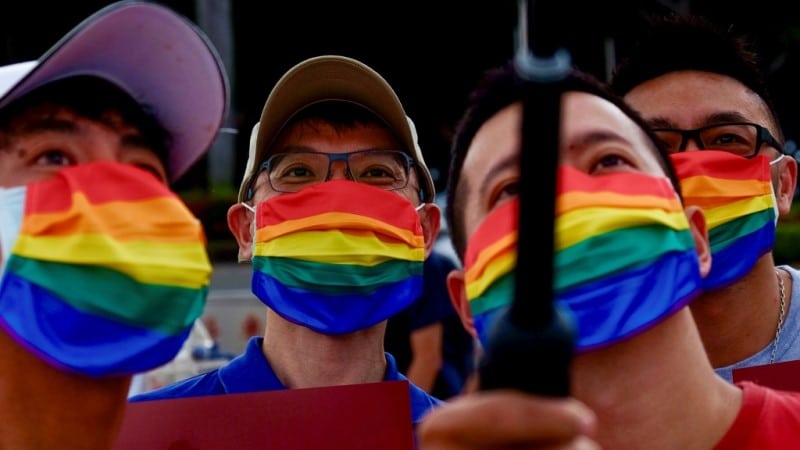 Hundreds of people marched inside Taipei’s Liberty Square after summer afternoon rainfall delayed the celebration for an hour as music blasted and many participants wore rainbow colored face masks.

Many of those attending held placards with the names of major global cities that have been unable to celebrate Pride Month this June because of the coronavirus. 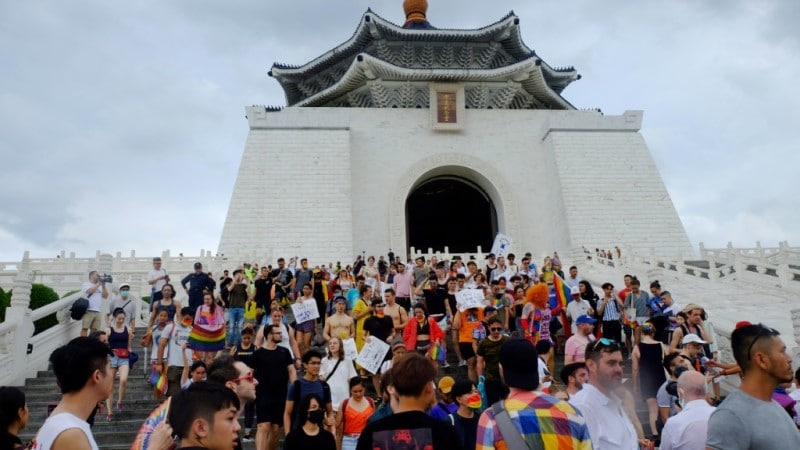 “I’m here to march for France,” Cookie, a French drag queen who has been living in Taiwan for the past six years told AFP.

This year marks the 50th anniversary of the first pride marches in the United States, which were held a year after the Stonewall Riots in New York.

Taiwan was one of the first places to be struck by the virus when it burst out of central China, but over the last five months has quashed the outbreak.

The island has had just over 440 infections and seven deaths, with more than two months of no local transmissions.

Taiwan usually holds its main pride march in October but many in the island’s LGTBQ community felt it was important to hit the streets in June when so many others around the world could not.

“Knowing that over 475 pride events around the world have been canceled broke my heart,” event organizer Darien Chen told AFP.

“I feel it is an honor and a responsibility for Taiwan to be commemorating this very important occasion.”

In recent years Taiwan has forged itself a reputation for progressive politics in a region of the world where LGTBQ people still face entrenched prejudice and legal barriers.

It has long had one of Asia’s largest pride marches and has the world’s first openly transgender cabinet minister while Taipei is currently bidding to host the 2026 Gay Games.

Despite stiff opposition from conservatives and religious groups, Taiwan became the first place in Asia to legalize same sex marriage.

More than 3,600 couples have wed since then although campaigning continues for greater transgender inclusion and the right for Taiwanese people to have same sex marriages with foreigners, something that currently remains illegal.