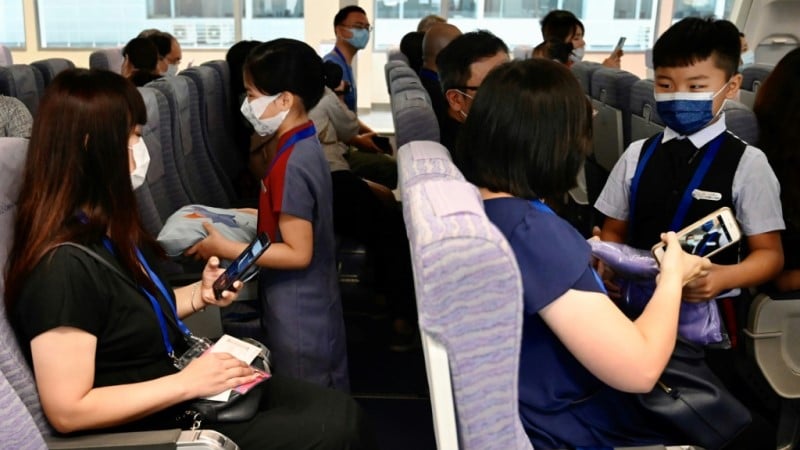 Faced with the coronavirus collapse in travelers, Taiwanese airlines have begun offering sight-seeing “flights to nowhere” on their passenger jets — including flight attendant lessons for children.

At the headquarters of Taiwan’s China Airlines in Taoyuan on Saturday, 50 children took a morning course on how serve passengers aboard a mock cabin.

Cheng Yu-wei, who works in the fashion apparel business and enjoys traveling abroad, came with his wife and six-year old daughter to “revive that old feeling of travelling”.

“Maybe it’s because we have been bored for too long,” Cheng said to AFP. 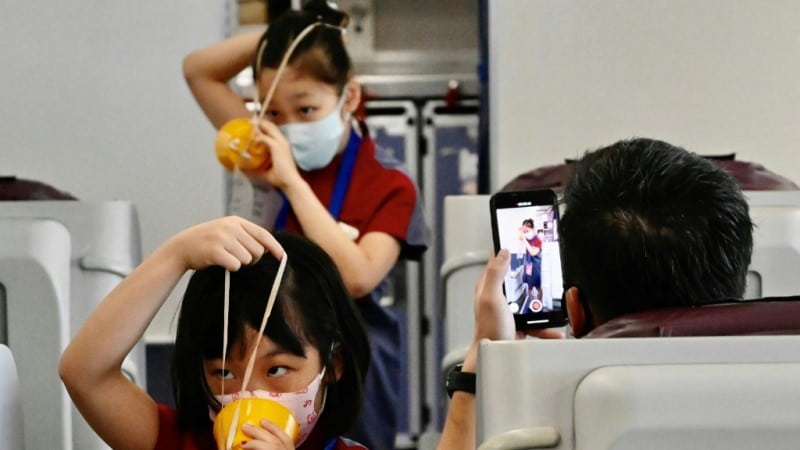 Later in the day, the excitable gaggle of kids took to the skies in their new uniforms for a two hour flight over the island and the soaring mountain range that runs down its spine.

The flights are part of an innovative attempt by airlines to scramble up some extra cash at a time when their business has all but dried up.

Like most airlines around the world, both China Airlines and its main competitor Eva Air have had to mothball a huge chunk of their fleet as international travel evaporates during the pandemic.

The two also have a limited domestic business to fall back on.

On Saturday, an Eva A330 from Taoyuan International Airport flew over Taiwan’s northeast cape, circled Japan’s Ryukyu Islands before returning home via the picturesque and rural southeast coast. The total flight time was two hours and 45 minutes.

The China Airlines flight lasts around two hours and will also fly into Japanese airspace before turning around to the eastern coast of Taiwan.

Further flights are planned in the coming weeks and both Eva and China Airlines say they have quickly sold out.

Local enthusiasm for the trips has been helped by the knowledge that there is currently little chance of catching the coronavirus on a Taiwanese flight.

The island has been held up as a poster child for how to beat the virus with fewer than 500 infections and just seven deaths despite its proximity and economic links to China. 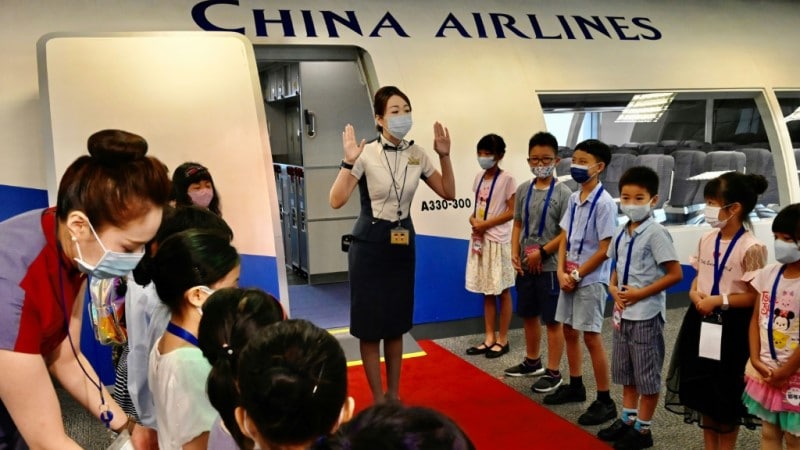 Like most airlines around the world, both  China Airlines and its main competitor Eva Air have had to mothball a huge chunk of their fleet as international travel evaporates during the pandemic

Taiwan, which is blocked from joining the World Health Organization by China, learned from the 2003 SARS outbreak to set up a sophisticated track and trace program that swung into action as soon as the virus emerged.

It also virtually sealed its borders, something an island is in a much better position to do.

With widespread international travel unlikely in the foreseeable future, authorities have been encouraging Taiwanese to take domestic holidays instead.

Cruise ship companies have started to offer domestic trips around the island.

In recent weeks both Songshan and Taoyuan airports have even started offering so-called “flights to nowhere” where people go through the process of checking in and boarding a flight that never takes off.