Frequent Flyer Recreates Airplane Meals Because He Misses it so Much 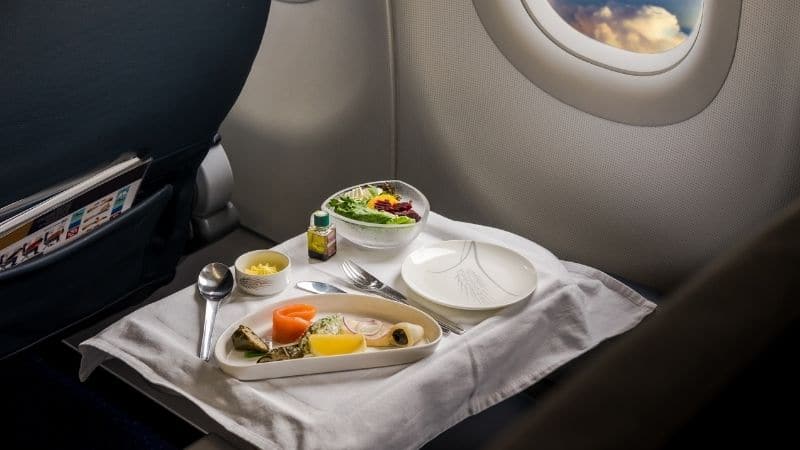 Airplane meals may be infamous for a lot of reasons, but have you ever missed travels so much you crave for those in-flight meals? That’s exactly what frequent flyer Nik Sennhauser did when he recreated his favorite airplane meals.

The novel coronavirus has put limitations on travel, and this has inspired cabin fever among millions of people. It may be hard to imagine for someone to miss airplane food, but for someone who has been traveling his entire life, it’s possible.

Nik Sennhauser, an avid aviation enthusiast is trying to relive his travel memories uniquely – by rolling up his sleeves and cooking his favorite airplane meals. The half-Thai, half-Austrian traveler has been traveling since he was a kid and being in a plane always makes him feel at home.

Now that he is based in Scotland, his air map has diversified even more. Before the pandemic, he travels every 3-4 weeks. This has added to his interest in aviation.

“I always had an interest in plane food. I remember always looking forward to the meal service on the plane as a child. I always wanted to be a flight attendant and was fascinated by the galleys. I was the kid that would spend half the flight sitting in the galley chatting with the flight attendants,” he shared.

Sennhauser also added that his interest in airplane food led to flight attendants sneaking meals out of business class for him. He said that plane food is not just about the taste but also its presentation, and that there is so much research that goes into each meal from its taste, storage, presentation, and the way it’s served.

After more than a year of lockdowns and restrictions, he realized that there are tons of people relieving their airplane memories on Instagram, and he went on board the trend and took it up a notch.

At first, he took a trip down memory lane and looked at his old photos. Then, he picked out a meal he enjoyed and attempted to cook it using authentic airline cutlery he bought online.

“The amazing thing about it is that I’ve actually become a better cook because I had to go and research the recipes,” he said, adding that the meals are not just for Instagram. The meals also have to taste good because he needs to feed his husband for their Sunday meal.

In his attempt to cook delicious airplane meals, he also discovered that it’s more affordable. A British Airline first-class meal that costs £100 only set him back £25.

“Sounded really tempting until I saw that they wanted £100 for basically ingredients in a box – yes, you still had to pretty much do most of it yourself, like chopping. On top of that, lots of people reported that boxes were missing items and even full courses,” he shared in an Instagram caption.

Other foods he has whipped up include Thai curries, Beef Stroganoff, Beef Goulash, Smoked Salmon and Bread Dumplings, Chocolate Mousse, Winer Schnitzel, and Spätzle, among many others. He drew inspiration from his meals while flying in Austrian Airlines, ANA, Thai Airways, Swiss Airlines, and many more.

Sennhauser said that he has improved his ability to make desserts and that the breakfasts he cooks are usually made from improvisation. However, the three-course meals usually take a staggering 3-4 hours of preparation and cooking time.

“You have to take into account that you’re in a metal tube at 40,000 feet being catapulted through the air, and the flight attendant is heating a meal in an oven—there’s only so much they can do,” he shared.

Thankfully, as vaccination initiatives around the world start to increase, it won’t be any longer until people get to fly again and treat themselves with a sumptuous meal on a plane.