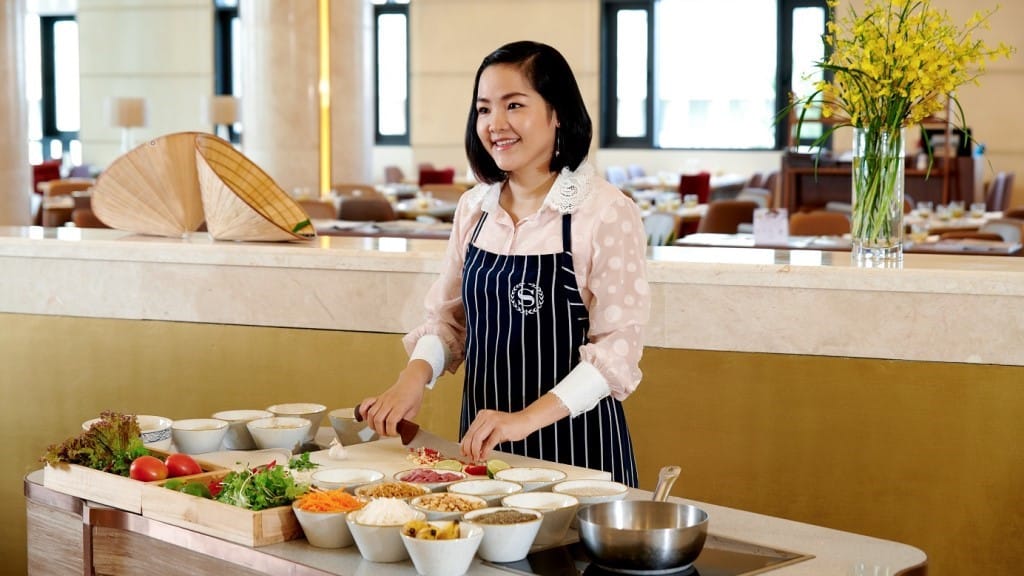 Helen Le of Youtube’s Helen’s Recipes is reaching new heights of Vietnam greatness as Sheraton’s newly appointed ambassador
Helen Le is revolutionizing the way people perceive Vietnam cuisine through her dedication to providing easy and fun footage of their creation. She is the host of Helen’s Recipes, a channel on Youtube that teaches viewers different Vietnamese recipes done and perfected in the best and simplest ways. She also uses the channel to educate the world of the cultural and historical significance of the dishes that she prepares, proving that Vietnam’s culinary arsenal is a complex and meaningful one.

With a following of 460,000, Lee has a global audience that relies on her expertise for authentic and delectable Vietnamese food. Half of her supporters are from the United States and the majority of the other half are from Vietnam. Lee adds Vietnamese subtitles to her videos as reaching viewers in her homeland is an important objective. There’s nothing like a sweet dose of nationalism.

It was when Lee reached having 100,000 subscribers on her Youtube channel that she realized she could use this platform full-time to educate people about Vietnamese food. Suffice to say, the transition has been delightful. She has released four best-selling cookbooks and is a popular food blogger at Danang Cuisine. To top that off, she placed fourth in top influencers in Asia in the Asia Awards, the continent’s largest social media event.

She has recently been appointed as a culinary ambassador for the Sheraton Grand Danang Resort— a substantial achievement in the world of culinary arts in Vietnam. Together, they will form a powerful combination, bringing a new wave of Vietnamese food to their customers along with fun cultural interactive experiences. Lee will be curating a menu that will enhance the resort’s gourmet offerings.

Lee hopes that these opportunities continue to open doors for her to show the world the true essence of Vietnam. She states:

“My goal with Helen’s Recipes is to showcase that Vietnamese food is more than just pho, bun, or spring rolls. There are so many dishes to try. We try to feature many regional dishes from smaller provinces like Dalat or Vung Tau. There are less well-known foods in my videos that get less views, but I still love them. I want to offer viewers a well-rounded perspective on Vietnamese cuisine.”