Ah, sweet potatoes. - one of the yummiest and most nutrient-dense foods you can eat. While the Okinawan purple sweet potato is harder to find and more expensive than its other counterparts, it’s something you should try at least once in your life.

Okinawa is one of the best places to go on a food adventure. However, this amazing place is not only for fans of Japanese food, but also for lovers of healthy food options. When you’re in the archipelago, it would be a disgrace not to try their famous Okinawa purple sweet potato or Beni Imo. Known for its vibrant purple color, this root crop is special in so many ways.

When walking in the streets of Okinawa, it’s impossible to miss the vibrant purple-colored foods such as cakes, ice cream, or pies. Found in every restaurant, street stall, or convenience store, treats made from Beni Imo prove that the special potato is considered as a celebrity in its own right in this Japanese region.

The plant grows in many parts of Okinawa, mostly in Yomitan Village located on the west coast. The striking purple color of the sweet potato comes from the same element that gives the violet color to red cabbage and blueberries. This superfood is rich in fiber and is also loaded in vitamin C and vitamin A.

Although it shares the same color as taro, it shouldn’t be confused with Sato Imo. Taro has a whiter appearance and has a different texture that Beni Imo. Although it looks alike, its flavor profile also differs significantly since Beni Imo is very sweet and has a creamy texture, which is why locals usually eat it as a dessert.

It was originally native to America but was brought to Japan between 1492 and 1605. Because the plant was cultivated well in the country, it became a popular ingredient to many dishes. Aside from Japan, it can also be widely found in Hawaii where it is known as Uala. Hawaii and Japan provide the best growing conditions for the Beni Imo thanks to its rich volcanic soil. Despite being present in Hawaii, it is usually uncommon to find it in US supermarkets and farmer’s markets in other states.

The Okinawan and Hawaiian root vegetable has surpassed the popularity of ordinary yams. Many people prefer it not only because of its sweeter taste, but also its antioxidant level which is 150 percent higher than blueberries. Antioxidants are important to help against cancer and cardiovascular disease.

It is also very easy to prepare. All you need is to boil it and cut it into chunks. Then, it is ready to be served as an appetizer or dessert. Just like other sweet potatoes, it also has a low glycemic index which makes it an amazing choice for people suffering from diabetes and those watching their weight. The Okinawas purple sweet potato also has a high potassium content, as well as antifungal and antibacterial properties. This superfood can also help people with blood sugar regulation issues.

The Okinawan sweet potato is so popular that it is attributed to Okinawa’s listing as one of the world’s blue zones. These refer to regions where individuals live long lives, with people mostly reaching over 90 and 100 years old. Lifestyle and diet are two of the major factors that determine their lifespan. Other blue zones in the world are Ogliastra, Sardinia in Italy, Nicoya Peninsula in Costa Rica, and Icaria in Greece, among others.

According to Professor Craig Wilcox who has studied that Okinawan diet for the last decade, the brilliant health of people can be attributed to the sweet potato. He shared that it has been the go-to food of the people for a long time since it is very cheap to produce and easy to grow.

The Next Big Superfood

It turns out, Okinawans and Hawaiians are not the only ones praising this wonder food. Even celebrities like Queen of Canto-pop Sammi Cheng raved about her skin looking radiant after trying the mighty potato.

If you’re from the US or Europe, it may be more difficult to get your hands on this superfood, In the meantime, you can reward yourself with Okinawan purple sweet potato-flavored treats like chocolate and chips.  but a Hawaiin farm will ship to the United States.

Okinawan Purple Potatoes are a bit different from other varities, check out this video review here. 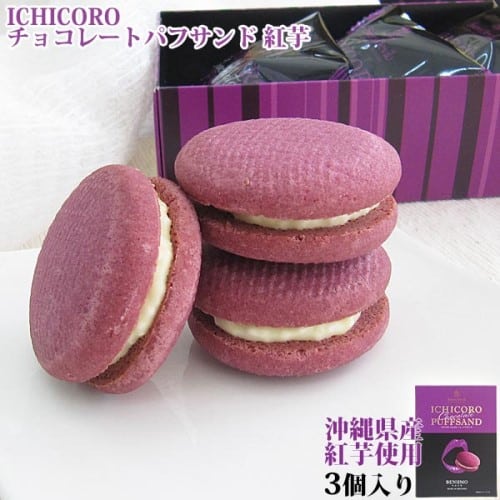 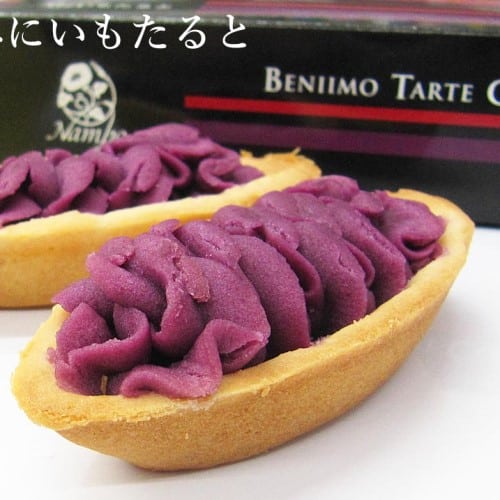