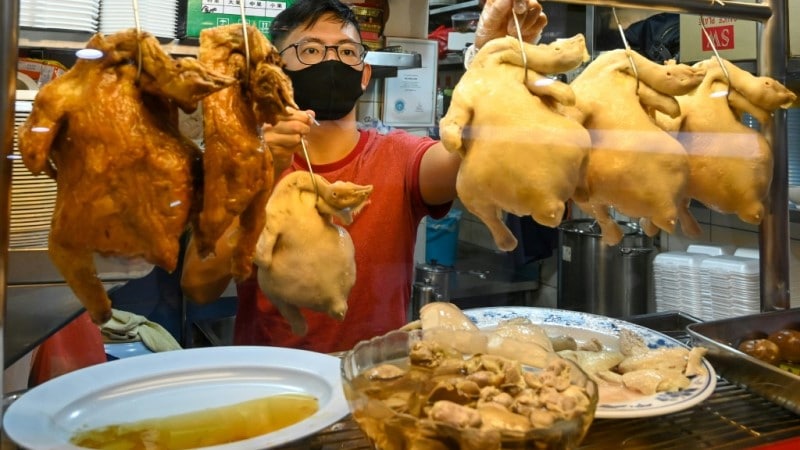 Singapore is full of open-air food courts offering a wide variety of cuisines influenced by the nation’s ethnic Chinese, Indian and Muslim populations

After the pandemic torpedoed his chance to work at a Michelin-starred New York restaurant, Lim Wei Keat returned to his roots by becoming a Singapore street-food chef cooking local fare.

The 25-year-old is among a growing number of young street-food vendors — known as “hawkers” locally — fueling hopes that a new generation will preserve the city-state’s culinary traditions.

Even after the city-state ballooned into an affluent financial hub, the hawker tradition lived on, and remains a central part of everyday life for many. 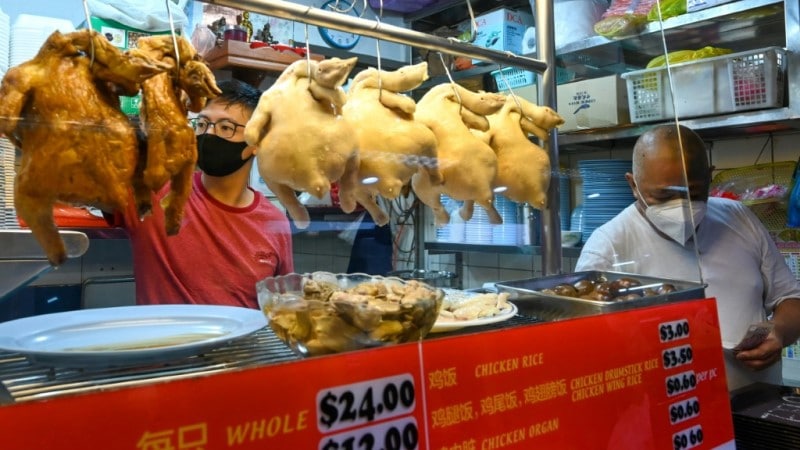 The United Nations recognized this tradition as “intangible cultural heritage” in December, describing the centers where hawkers toil as “community dining rooms” that bring together people from diverse backgrounds.

But many chefs are heading toward retirement — their median age is 59 — and young Singaporeans often shun the trade, stoking fears that hawker traditions and their delicious dishes could be lost.

Lim stumbled into becoming an apprentice hawker, only choosing to do so as he could not take up an internship at a US restaurant last year due to coronavirus travel curbs.

But he feels he has found his true calling.

“Local dishes would disappear if young people did not take over stalls or learn (to cook) these dishes,” Lim told AFP.

He got the apprenticeship through government initiatives aimed at safeguarding the street food culture, which has helped dozens of younger chefs join the trade.

This Flavor will Disappear

Hawkers usually focus on just one or two dishes, from fried rice noodles and turnip cake to curry puffs. Lim chose an ever-popular traditional favorite — Hainanese chicken rice — and likes to cook it the old-fashioned way.

“I love chicken rice, so why not start with something that I love and I’m passionate about?”

His mentor, 61-year-old Neo Cheng Leong, has been selling the dish for 30 years.

He makes it from scratch every morning at his stall, cleaning the chicken, poaching it at just the right temperature, then cooking the rice in chicken broth, with ginger and scallion-infused oil. 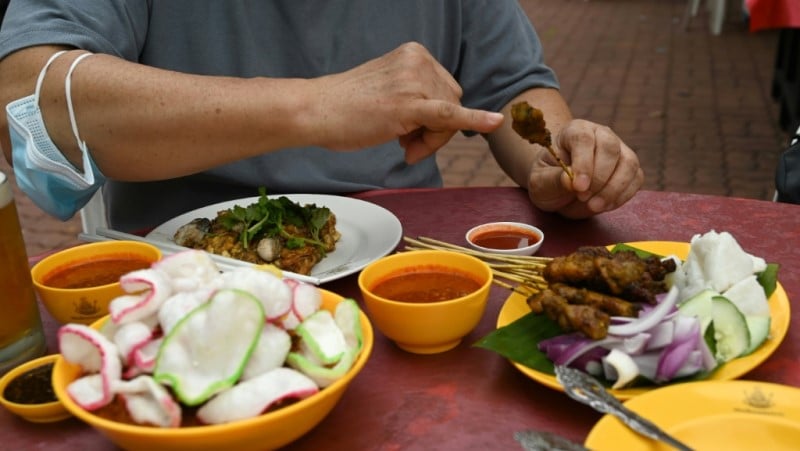 Hawkers have to keep prices low to compete with rivals, meaning that making ends meet in one of the world’s most expensive cities can be tough

Cuts of the tender meat are served with a plate of the resultant fragrant rice with garlic chilli sauce and sweetened soy sauce, all for just Sg$3 ($2.3).

His two sons, both in their early 20s, are studying at university and have no interest in taking over the stall after seeing how hard their parents worked for three decades, said Neo.

“If I don’t teach (apprentices) then this flavor will disappear from Singapore,” Neo told AFP.

Once Lim has completed his government training program — which includes two months of training under Neo, and cooking for a panel of judges — he can rent a stall at a heavily subsidized rate for 15 months.

What’s Wrong With You?

Still, there are many challenges that make it hard to lure young Singaporeans from better-paid office jobs, such as rising costs and long hours.

And then there is the stigma.

“Back in the day, it was really seen as a profession for those who have no route into life,” said K.F. Seetoh, an influential critic and entrepreneur who created a popular guide for hawker food.

“There’s still a school of people who would say ‘what, you want to be a hawker? What’s wrong with you?'”

Hawkers are also forced to keep prices low to compete with rivals, meaning that making ends meet in one of the world’s most expensive cities can be tough.

“You definitely have to come in early and go home late… it’s a bit tough, you have to work hard,” the 32-year-old told AFP.