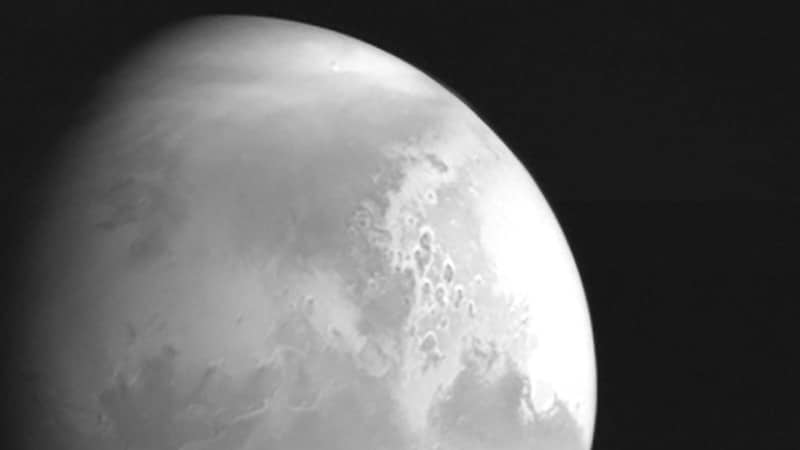 In the video, published by state broadcaster CCTV, the surface of the planet is seen coming into view out of a pitch black sky against the outside of the Tianwen-1, which entered the orbit of the Red Planet on Wednesday.

White craters are visible on the planet’s surface, which fades from white to black through the video as the probe flies over the course of one Martian day, said official news agency Xinhua.

The five-ton Tianwen-1 — which translates as “Questions to Heaven” — includes a Mars orbiter, a lander and a solar-powered rover and launched from southern China last July. 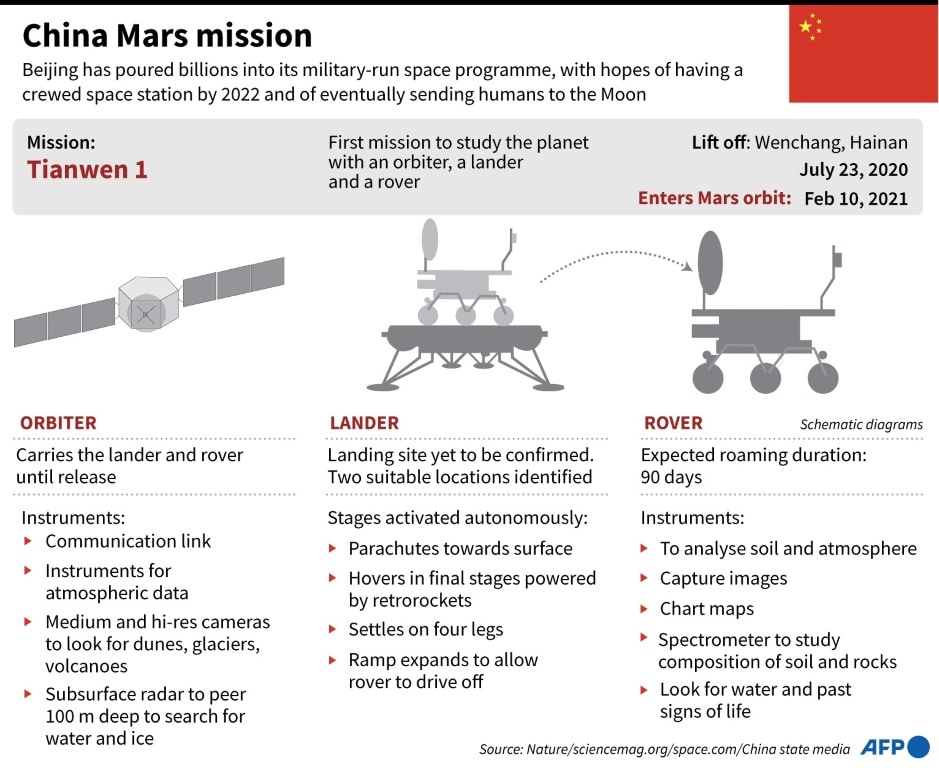 Factfile on China’s expedition to the Red Planet. Its probe entered the Martian orbit on February 10 according to state media

It is the latest step in Beijing’s space program, which aims to establish a crewed space station by 2022 and eventually put an astronaut on the moon, and has opened up a new, extraterrestrial arena for US-China competition.

Tianwen-1 launched around the same time as a rival US mission, and is expected to touch down on the surface of the planet in May.

Chinese scientists hope to land a 240-kilogram (530-pound) rover in May in Utopia, a massive impact basin on Mars. Its orbiter will last for a Martian year.

For the three-month study of the planet’s soil and atmosphere, the mission will take photos, chart maps and look for signs of past life.

The probe has already sent back its first image of Mars — a black-and-white photo that showed geological features including the Schiaparelli crater and the Valles Marineris, a vast stretch of canyons on the Martian surface.

Mars has proved to be a challenging target, with most missions since 1960, sent by Russia, Europe, Japan and India, ending in failure.

NASA’s Perseverance, which is set to touch down on the Red Planet on February 18, will become the fifth rover to complete the voyage since 1997 — and all so far have been American.