by Arvin Donguines
Is Tibet really the Shangri La? The mystical land of meditation and prayers

What comes to mind when the word Tibet is mentioned? To most of us, the word invokes images of scarlet-robed, skin-head Buddhist monks spinning prayer wheels, meditating and chanting under the cloudless blue skies. For the adventurers, the place is like a heaven on earth, with its snow-capped mountains and sweeping vistas as far as the eyes can see.

Popularly known as the Roof of the World, Tibet is called by that name for some very particular reasons. It sits at the heart of Asia with an average elevation of 4,900 meters. This literally makes Tibet the highest region in the world. Right at its backyard sleeps Mount Everest, the planet’s highest mountain.

Time seems to stand still high up above in this Himalayan plateau. And despite the difficulty of reaching the place, outsiders have always been longing to set foot on this enigmatic land. 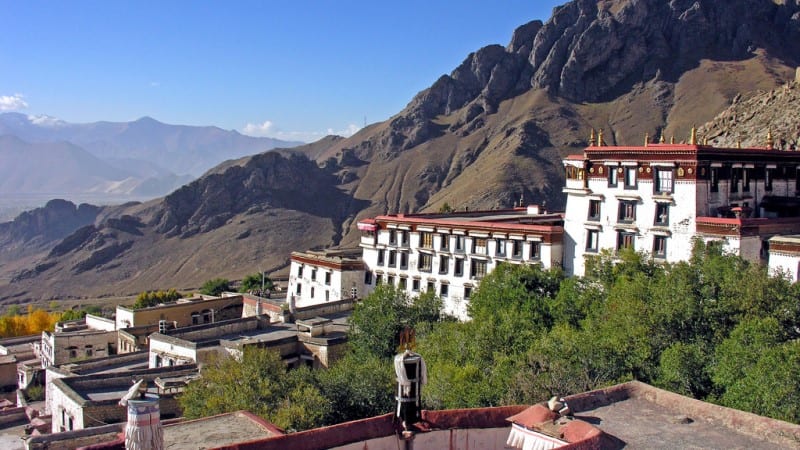 Who can blame them? The West and the rest of the world are made to believe a fantasy that transforms Tibet into a heavenly place here on Earth. But it’s hardly so.

Tibet’s monastic fame was first brought to light by the 1933 British novel titled “Lost Horizon.” The book tells the historical account of an adventurer who stumbles upon a group of people, who despite their isolation high up above the mountains, they remain to be happy and content in life.

This mythical place is called “Shangri La,” a term invented by the book’s author James Hilton. It is supposed to be an embodiment of everything that is good and pure in this world.

Hilton supposedly made up the name from the combination of Shambhala, yet another mythical Buddhist kingdom in the Himalayas, and La, which in Tibetan means “mountain pass.”

People were quick to associate the fictional place to Tibet because, you know, it is supposed to be an idyllic Buddhist paradise devoid of any scandals, intrigue or struggles. 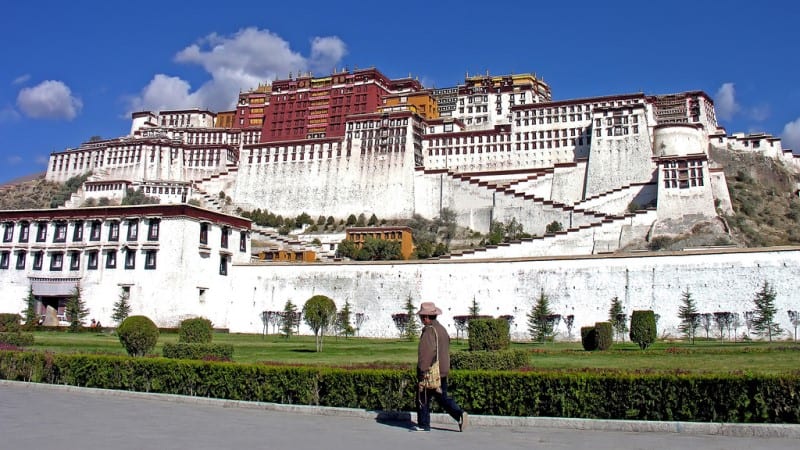 Yet, you’d be surprised to know that part of Tibetan history included several armed struggles. One of which was the Fifth Dalai Lama’s fight for secular control in 1642. He did so by way of military intervention and with the help of the Mongolian troops.

Even more so, Tibet was home to the once mighty Tibetan Empire whose influence has spread across all of Central Asia, from India to Mongolia around the 7th to 9th century.

The People’s Republic of China (PRC) has been claiming Tibet to be part of China. However, the autonomous Tibetan government maintains its independence as a sovereign state.

It has its own national flag and a functioning political body headed by the Dalai Lama, so why is there still confusion surrounding its sovereignty?

Tibet indeed has a long history of independence ever since the fall of the Qing Dynasty of China in 1912. Mongolia recognized such claims and the Chinese army even left Tibet on its own after that.

However, when Mao Zedong came to power, his government annexed Tibet, making it one of China’s existing provinces in the southwest. The 14th Dalai Lama has been traveling over the globe hoping to make an impact in the international community regarding his benevolent right of legitimate administration of Tibet.

Governments around the world, especially those that undermine China, have been receptive of his claims.

Despite all this, the CCP has been so tactful and wise in its approach to dealing with the Tibetan people. In fact, the Xi Jinping has given top priority to the region’s stability and development, one Report indicated.

Strong investments in infrastructure have further helped increased Tibet’s GDP growth to 10 percent per year. This also translates well to the per capita income of the country which dramatically raises its standard way of living. 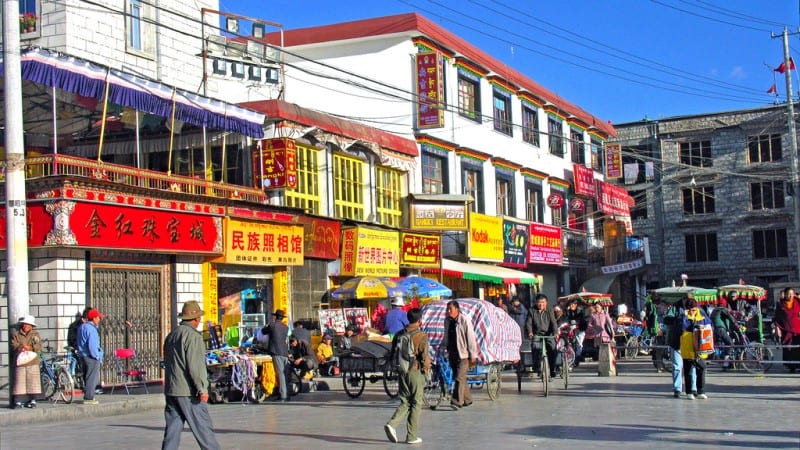 Contrary to what was often shown in movies and documentaries, Tibetans now lead a modern way of life. Their homes furnished with household necessities such as washing machines, refrigerators, and ovens. Health care and education have improved greatly as well.

Culturally speaking, Tibet and Mongolia are more connected throughout its shared history than Tibet to China.

Long before the lineage of Dalai Lamas started around the late 14th century, Tibetans were already close friends with the Mongols. The latter, with its immense military might, provided Tibet with the protection it needs in exchange for the spiritual guidance of its lamas.

This means that the Khans, or the rulers of the Mongol Empire (Genghis Khan included), had sought and were vested with blessings by religious Tibetan leaders before setting out to conquer much of Central Asia and Europe.

This relationship has flourished well even during the reign of Kublai Khan in China under the Yuan dynasty. Much of Kublai’s trusted court advisers were composed of Tibetan Buddhist monks.

Not a well-known fact but did you know that the Mongols had a huge role to play in establishing the Dalai Lama’s origin. In fact, the term “Dalai” actually has its roots from the Mongolian language.

The Tibetan Book of the Dead

Ask any Tibetans today and they will tell you right off the bat that not once in their lives had they heard about the “Tibetan Book of the Dead.”

Another misconception likely perpetrated by the West is this small parchment called the Bardo Thodol, which means the “liberation through hearing in the Intermediate State.”

Surprisingly, the Bardo Thodol is actually part of a much larger mortuary text which is being read by the lamas on a dead or dying person. This is to help him escape from the rebirth cycle or if possible, for him to have a good rebirth in his next life. 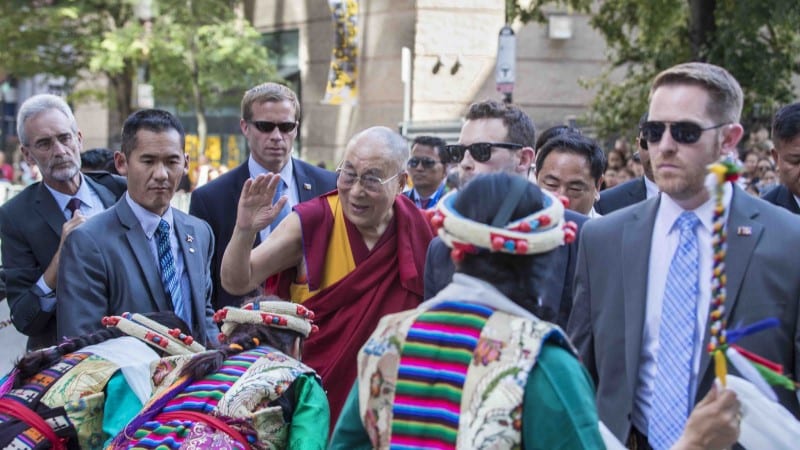 The Dalai Lama Himself

There is this running misconception indicating the Dalai Lama as the Buddhist version of the Pope. Both are religious leaders but comparing one to the other is like, as the cliché goes, comparing apples to oranges.

The Pope, whose office can be found in the Vatican City, functions as the head of close to 2 billion followers of the Catholic faith. The Dalai Lama, on the other hand, serves as the figurehead to one of the many factions of Buddhist religion found in Tibet called Gelugpa. He happens to be the highest ranking Lama, or priest, in this particular sect.

There are way too many other schools of Tibetan Buddhism to be named here. Not to mention the gazillion number of the different forms of Buddhism found throughout the world. All of these sects, except Gelugpa, do not consider the Dalai Lama as a leader of some sort.