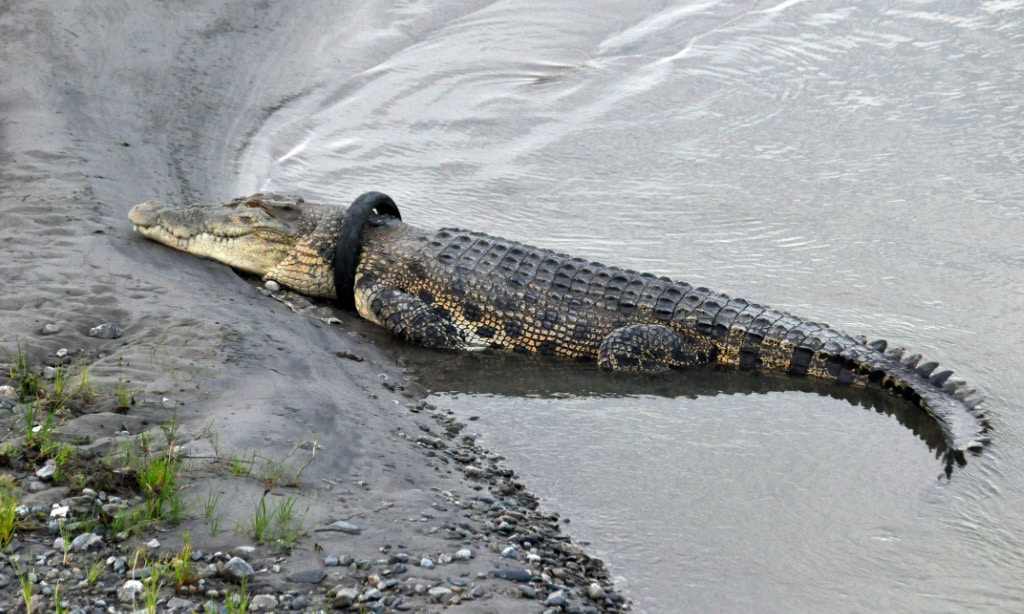 Indonesian authorities are offering a reward to anyone who can rescue a saltwater crocodile with a motorbike tire stuck around its neck -- and survive.

The contest will see one brave croc hunter land an unspecified amount of cash, but it will mean coming face to face with the 13-foot (4-meter) reptile Palu, the capital of Central Sulawesi.

Local conservation authorities have been trying — and failing — for several years to find a way to untangle the croc after video showed it gasping for air.

That sparked worries the tire was slowly killing the beast.

After a recent sighting, the province’s governor instructed his resource-strapped conservation agency to figure out how to end years of fruitless attempts.

The agency offered few details on the reward, or how outsiders might pull off the task.

But its chief — who said the cash would come out of his own pocket — warned that he was not calling on amateurs to hunt down the reptile, but rather addressing people with a background in wildlife rescue and a thirst for conservation.

“We’re asking the general public not to get close to the crocodile or disturb its habitat,” said Hasmuni Hasmar, head of the Central Sulawesi Natural Resources Conservation Agency.