Singapore Aids the Philippines in its Wildlife Preservation 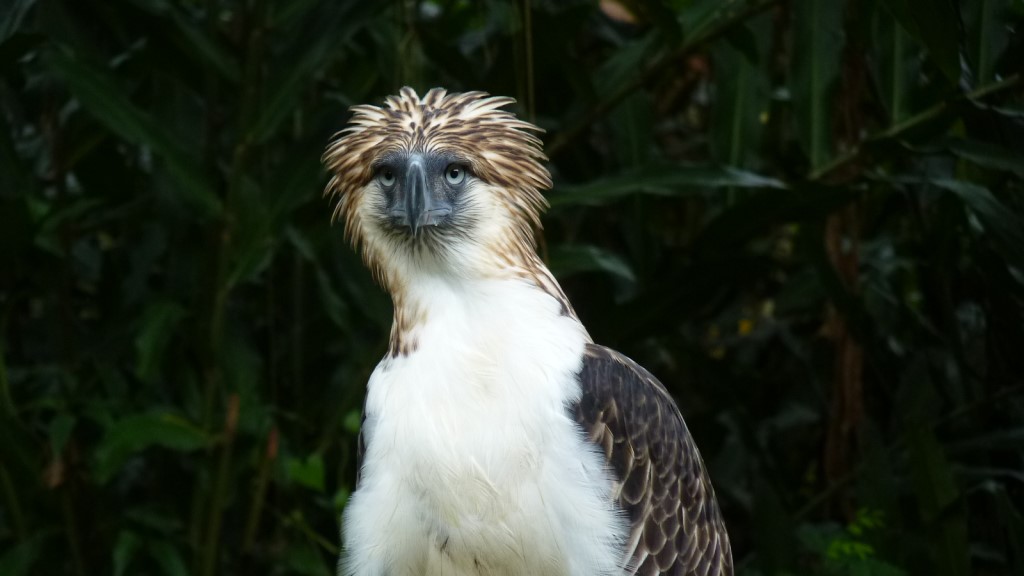 The Philippine Eagle is the Philippines’ most cherished species, known to all as the country’s national animal. A movie plot had actually been inspired by this creature. Unfortunately, not all beauty comes in abundance. Due to hunting and forest habitat loss, the eagle is critically endangered. It has been reported that only approximately 400 still roam the country, an estimate that strikes fear in the population. What does it say about a nation when it cannot protect its most prized cultural and historical possession?

For the past 10 years, the Philippines has been actively pursuing the amendment in the hopes of loaning their eagles to other countries for safe-keeping. The agreement has just been approved, and luckily, Singapore has decided to step up and take the reins. And just in time for the 50th-anniversary celebration of the Philippines and Singapore Friendship Day! What a way to commemorate true companionship. 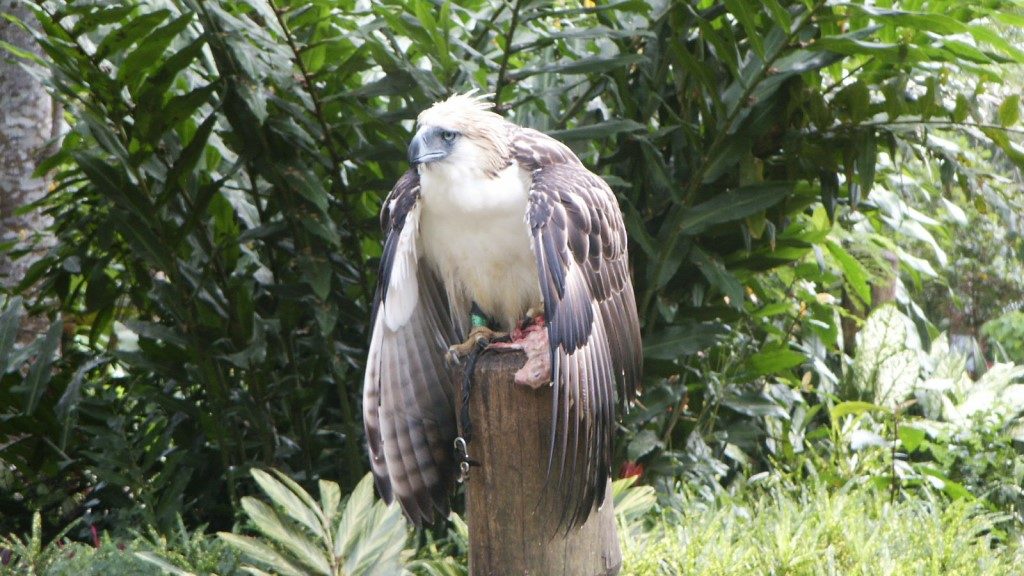 An agreement was formally signed between the Philippines’ Department of Environment and Natural Resources (DENR) and Wildlife Reserves Singapore (WRS) to facilitate the loan of two Philippine eagles, Geothermica and Sambisig. The contract lasts up to 10 years, depending on the progress of maintenance going on in the Philippines. Geothermica is a 15-year old male eagle and Sambisig is a 17-year old female eagle. The couple is being taken care of in Jurong Bird Park, Asia’s largest bird park, while the Philippines attends to the protection of their existing eagles.

Preservation is a Worldwide Mission:

This is the first time that the Philippines has trusted another nation into keeping their soaring jewels safe and secured. Singapore has declared its gratitude towards the country, ensuring promises of dedicated conservation. The Philippines’ Peace and Equity Foundation hopes that the two eagles breed to continue the bloodline and hinder the species’ extinction. It takes around two years for the birth of an egg, but we’ve got time, right?

The eagles and their eventual offspring remain under the ownership of the Philippines. This makes it so that the Philippine eagles under Singapore’s care count as insurance. If worse comes to worst, whatever happens to the Philippine eagles back home, there are two protected in another land, making it impossible for the species to be fully extinct. Though the agreement supposedly lasts up to 10 years, it is possible for the contract to be renewed for another decade. Sounds like a full-proof plan.

Japan’s major-winning tennis player Naomi Osaka has welcomed a new manga comic-book series where she will star as a cartoon character in a magazine aimed at teenage girls.

It takes Siraphob Attohi three hours to transform from a harried student into his drag queen persona Masala Bold — a wisecracking MC, who raises calls for gender equality during Thailand’s protests for democratic reforms.

Towering more than 300 meters (1,000 feet) up the cliff face that inspired the landscape for the blockbuster movie “Avatar”, the world’s highest outdoor lift whisks brave tourists to breathtaking views.

Chloe Zhao’s drama Nomadland is now considered by critics as one of the best films of the year. The director is poised to become the first-ever Asian woman to be nominated for Best Director at the Academy Awards.

Make Your Own Gin at the Singapore’s Distillery

In a Singapore distillery, the smell of pine, citrus and flowers fills the air as students crush juniper berries, blending them with their own choice of ingredients to make custom gin with an Asian twist.

Vanishing Art: One of the Last Chinese Opera Troupes in Thailand

An ancient world of swords, warriors, and folklore roars to life on the darkened street, offering a momentary escape from the modern-day bustle of Bangkok’s unstoppable development.

Spacious, clean, and almost completely see-through, an unusual new public toilet block has been built in a Tokyo park — but thankfully, the walls turn opaque when you lock the door.

India vs. Pakistan Impending Nuclear Conflict: Ready To Put On That Hazmat Suit?

The growing tension between Asian neighbors India and Pakistan is now deemed to be one of the most dangerous crises to ever happen post-Cold War era.

Cloud Kitchens: The Next Uber for Home Chefs in India

Rashmi Sahijwala never expected to start working at the age of 59, let alone join India’s gig economy — now she is part of an army of housewives turning their homes into “cloud kitchens” to feed time-starved millennials.

Sick of noise from construction work, speeding trains and car alarms flooding in through the open window of your tiny apartment in a crowded metropolis?

A South Korean pop star has become the latest celebrity to spark anger on the Chinese internet after he “liked” a tweet about the divisive issue of pro-democracy unrest in Hong Kong.

Is Sadakaya the pinnacle of modern Japanese horror? We hope not.

The South China Sea: China’s Tug of War with its Neighbors

China’s ambition in the South China Sea: The controversy that surpassed the test of time and emerges to menacing levels

As Friday prayers wrap up at Suada mosque, worshippers turn their attention outside where Fakhry Affan steers a drone high above, snapping pictures of the building tucked in a corner of Indonesia’s Sulawesi island.

Takashi Murakami: A Visionary for the Senses

The Ultimate Surf Camps in Asia

Want to learn how to surf in Asia? These amazing surf camps will help you conquer waves.

Did you miss the ART BASEL Hong Kong?

Did you miss the ART event of the year? See the Best highlights video here for Art Basel Hong Kong

Marvel’s Avengers may bring in billions at the box office but Indonesia is taking on the likes of Captain America and Iron Man with its own superhero franchise, tapping into growing global demand for diverse characters.

Virus-Hit Wuhan Waits for Barriers to Come Down

A network of makeshift barriers has kept residents walled in their neighborhoods for weeks in Wuhan, the Chinese city at the heart of the coronavirus pandemic.

A Malaysian man who killed a pregnant cat by putting it into a laundrette dryer has been sentenced to 34 months in jail, official media reported, in a case that sparked outrage.

Save for an absence of gawping crowds, life for the penguins of Hong Kong’s Ocean Park has been much the same during the coronavirus pandemic — but their carers have worked long shifts to keep the monochrome troupe healthy.

Since her personal phone number was posted online, Hong Kong pro-democracy activist Carol Ng has received menacing calls from strangers and been bombarded with messages calling her a “cockroach”.

Worried about getting bored while stuck at home during holidays amid the coronavirus pandemic? The Tokyo governor has a solution: Decluttering with Marie Kondo.

Modern Art Vietnam: A Case of Breaking Away

“Vietnam’s contemporary art scene is still under the shadow of its war-torn history – but its artists are finding homes elsewhere in the world.”

Sri Lanka announced harsher penalties in a bid to protect wild elephants on Tuesday, as investigators probed whether seven jumbos found poisoned over the weekend were killed by villagers.

Relatives of 12 Hong Kong democracy activists detained in mainland China released balloons carrying messages to their loved ones across the border on Saturday, as they called for their return.

Trash Talk: Asia is Not Your Dumping Ground

Thai Women and Pride Activists March for Democracy and Equality

Thai feminists and LGBTQ activists marched to one of Bangkok’s nightlife districts on Saturday, insisting the fight for equality goes hand-in-hand with a broader push for greater democracy.

Considered as the most feared crime syndicates from Japan, a closer look at the yakuza – how they came to be and where are they now.

A group of tourists sip water at a five-star hotel in Kathmandu, aware that the green glasses in their hands were once bottles discarded on Mount Everest — left by climbers eager to make their ascent.

Ten Million Kids ‘May Never Return to School’ after Virus

The coronavirus pandemic has caused an “unprecedented education emergency” with up to 9.7 million children affected by school closures at risk of never going back to class, Save the Children warned Monday.

Anyone who loves to explore different countries know that applying for a Visa is a tedious task. Here’s an in-depth look at how to travel the world visa free and the most powerful Asian passports

Malaysia’s plan to becoming a cashless society is more than just offering the benefits of e-payment as this policy could also mean shutting down corruption in the country.